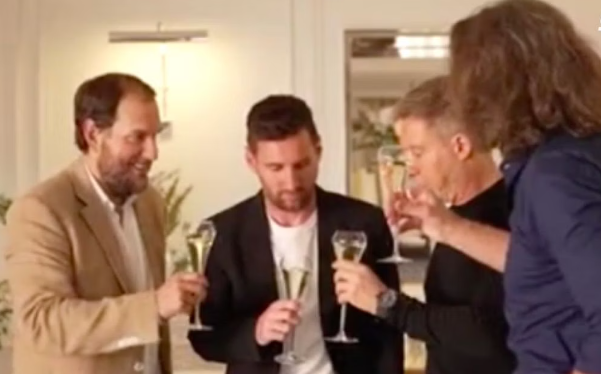 The story follows three soccer representatives who are almost bankrupt; and decide to ally themselves when a soccer star appears.

The seven-time Ballon d’Or winner will make his debut appearance in the second season of the Argentine drama which is gaining popularity in his country.

Spanish national daily sport newspaper, Marca revealed on Wednesday that everything has been perfected for the PSG player to appear on the screen next year.

Messi will not be the first soccer player to appear as an actor.  Many footballers have worked and trodden the path of acting; mostly as the lead in branding advertisements.

Their appearances are usually brief and contain only a few sentences; but due to his high profile in the media, Messi has appeared in a slew of commercials for a variety of companies.

Even Messi has various food commercials, Pepsi spots, or the recent Lay’s potato ad campaign. And of course, everything that has to do with Adidas, his biggest sponsor.

The second season of ‘Los Protectores’ was shot in a variety of locations, including Buenos Aires. However, the football great was recorded in Paris, his home since signing with PSG last summer.