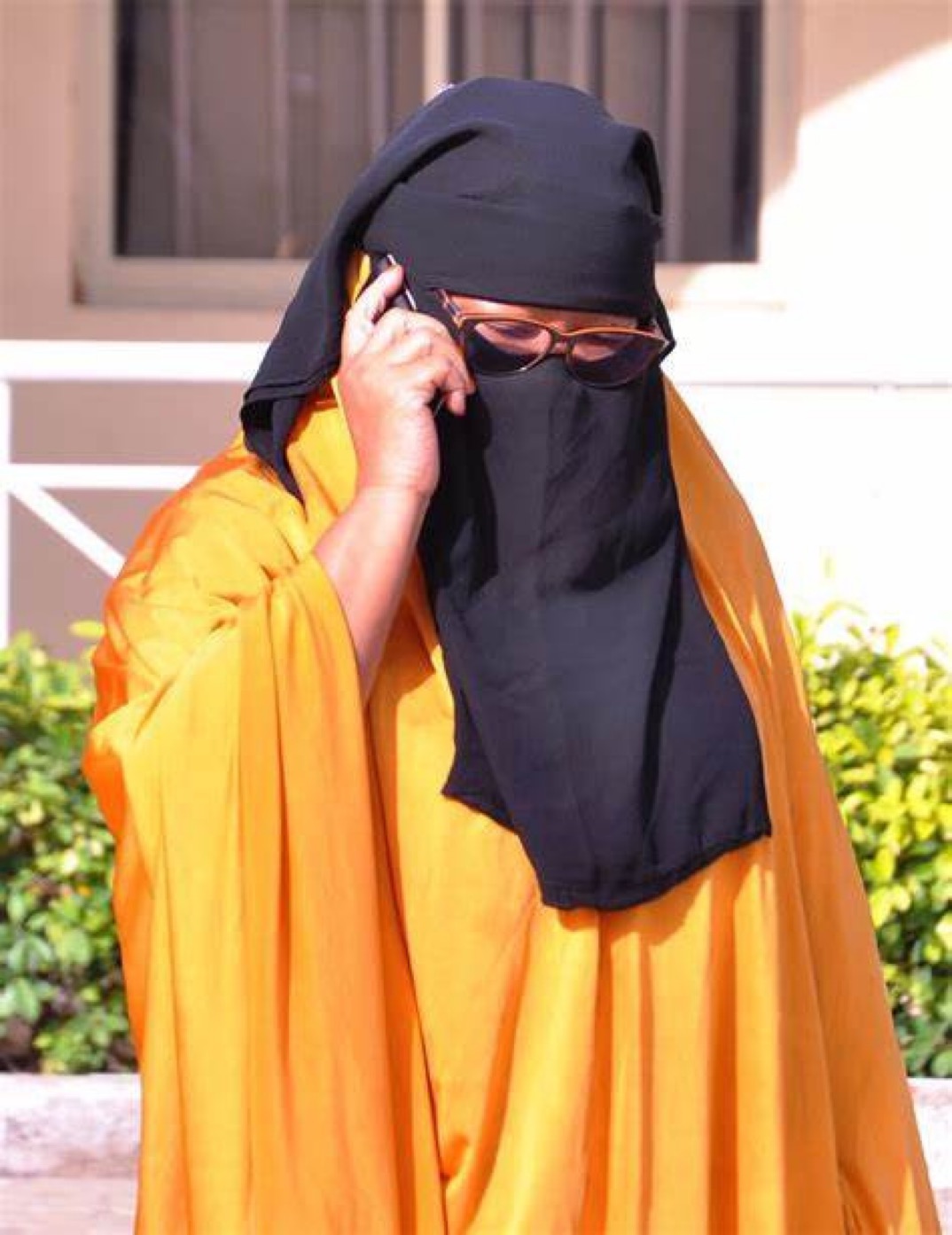 Aisha Wakil, also known as ‘Mama Boko Haram‘ has been sentenced to five years imprisonment by a high court in Borno State over fraud.

Maiduguri zonal command of Economic and Financial Crimes Commission (EFCC) had arraigned Wakil, alongside Tahiru Daura and Prince Shoyode, in September 2020, on a two-count charge of conspiracy and obtaining money by false pretence to the tune of N71,400,000.

The defendants had pleaded not guilty to the charges.

Count one of the charge reads:

That you, Aisha Alkali Wakil (Mama Boko Haram), Tahiru Saidu Daura and Prince Lawal Shoyode, whilst being chief executive officer, programme manager and country director respectively of Complete Care and Aid Foundation (a non-governmental organisation), sometime in the year 2018 at Maiduguri, Borno state, within the jurisdiction of this honourable court with intent to defraud, induced one Saleh Ahmed Said of Shuad General Enterprises Ltd to deliver to you 3,000 bags of beans worth N71,400,000  under the false pretence of executing a contract for the supply of same, which you made the said Saleh Ahmed Said to believe that you had the capacity to pay the entire contract sum upon execution, which you knew to be false and you thereby committed an offence, contrary to and punishable under Sections 1(1) (b) and 1(3) of the Advance Fee Fraud and Other Fraud Related Offences Act, 2006.

During the trial, Mukhtar Ahmed, prosecution counsel, presented four witnesses and tendered several documents which were admitted as exhibits against Mama Boko Haram and her cohorts.

Delivering judgment on Tuesday, Aisha Kumaliya, the presiding judge, held that the prosecution proved the case against the defendant beyond reasonable doubt.

Upon conviction, the judge sentenced the defendants to five years imprisonment without an option of fine.

Furthermore, she ordered the convicts to pay the sum of N30,500,000 as compensation to the victim.

Should they default in paying the fine, the judge said the convicts would serve an additional 10-year jail term.

Aisha Wakil, who is also known as Mama Boko Haram, was a member of the Dialogue and Peaceful Resolution of Security Challenges Committee in the northern region, set up during the President Goodluck Jonathan era.

In a region where women are given little attention, the announcement of the name of Aisha Wakil as a member of the Committee on Dialogue and Peaceful Resolution of Security Challenges in the northern part of the country came to many as a surprise.

Even though not much is known about her, her name has consistently appeared on the list of people allegedly released by the Boko Haram insurgents as one of those to represent them in any form of dialogue or negotiation with the government.

In November 2015, when the insurgents announced the names of prominent northerners who they wanted to represent them in negotiations with the Federal Government, Aisha Wakil and her husband, Justice Zanna Wakil of the Borno State judiciary, were on the list headed by President Muhammadu Buhari.

When the leader of the Supreme Council for Sharia in Nigeria, Sheikh Datti Ahmed, rejected his nomination into the committee, many Nigerians felt disappointed – especially in view of the fact that he is one of those that may have had any form of contact with members of the group.

Ahmed was part of the botched peace deal and he believed that the government was not serious about peace with the insurgents.

Alongside her husband, Justice Wakil, Aisha, a practicing lawyer was nominated by the government to help resolve the problem.

Even though she was called the mystery lady, many Nigerians may not be aware of the fact that she has been in touch with some members of Boko Haram and was even instrumental to a ceasefire declaration announced by the group at a time which was later denied by another faction of the group.

During one peace march by women in Borno State, she was quoted as asking them to come out and state their grievances.

Aisha Wakil hails from the South-East, but converted to Islam when she met her husband – a Northerner and Muslim.

2023 Elections: INEC Reveals Women, Youth To Determine Who Wins As They Form 75% Of Registered Voters

BBNaija Star, Angel Slams OAP Dotun After He Criticized Her For Mentioning Everything She Did For Cross

‘We Want Them To Be Self-Reliant’ — Borno Bans NGOs From…