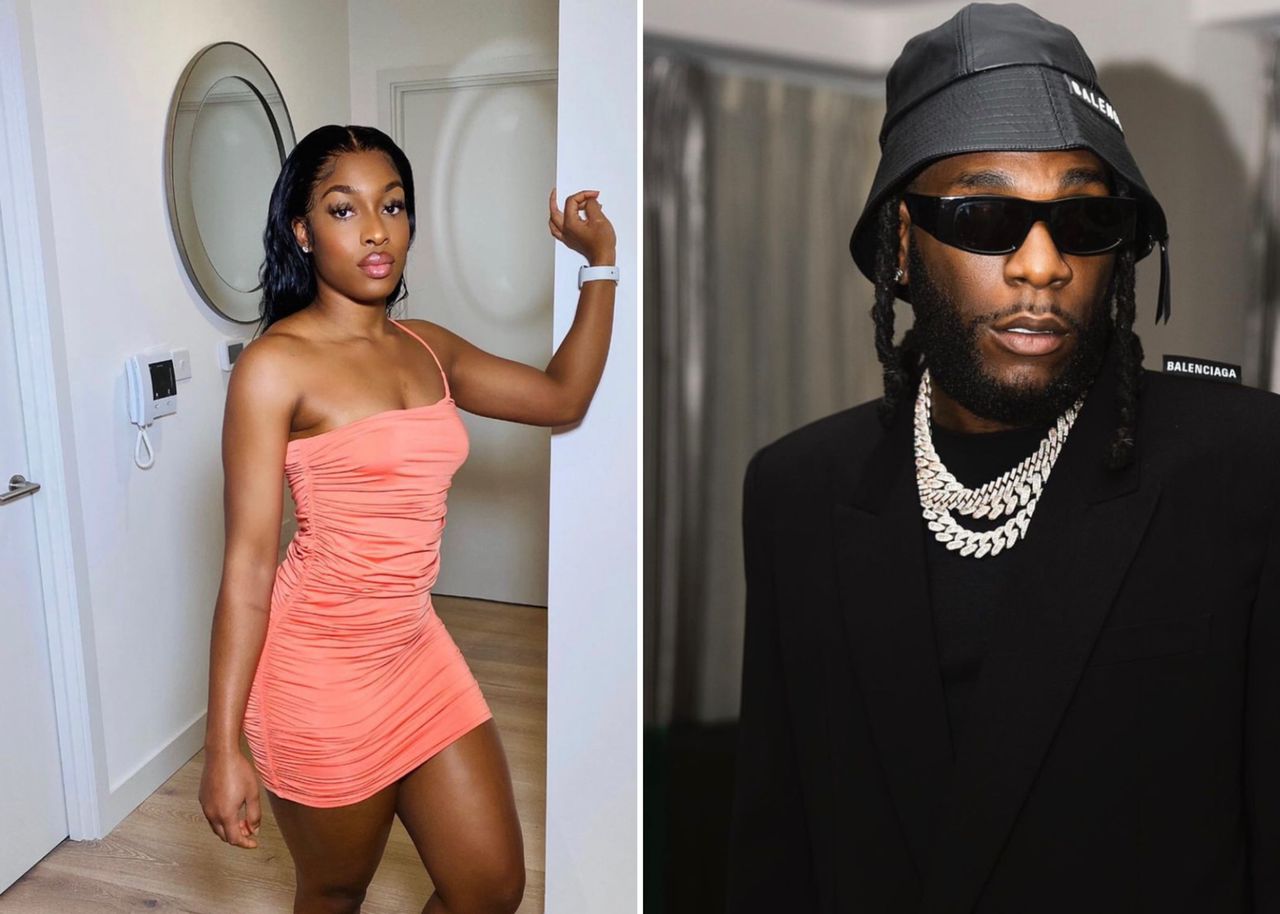 Recounting the incident via her Instagram account on Sunday, June 19, the lady identified as Neme Briella revealed how denying Burna Boy’s advances at the night club resulted in her husband and his friend getting shot. 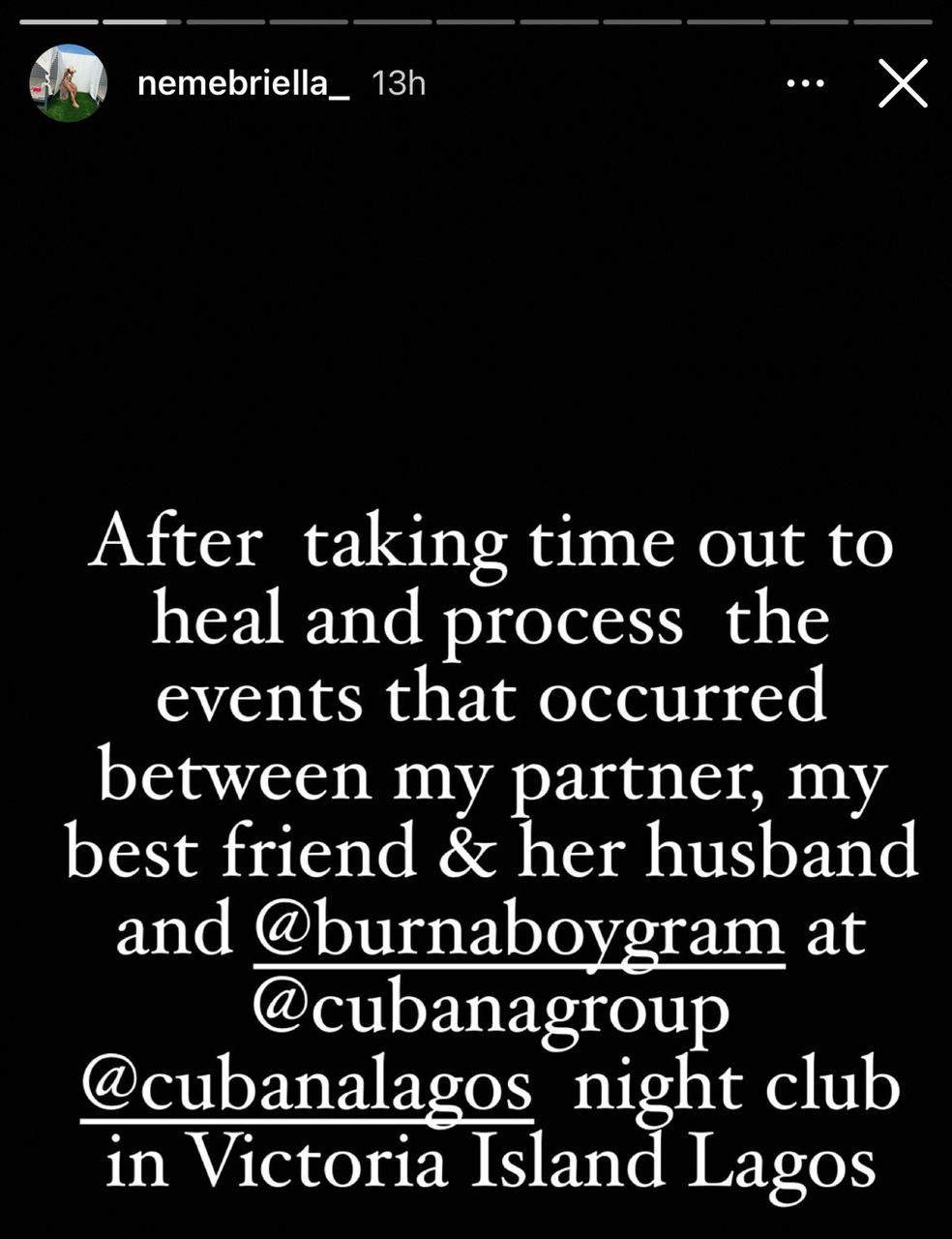 According to Neme, her partner, her best friend and husband came to Nigeria from America and London for a childhood friend’s wedding. 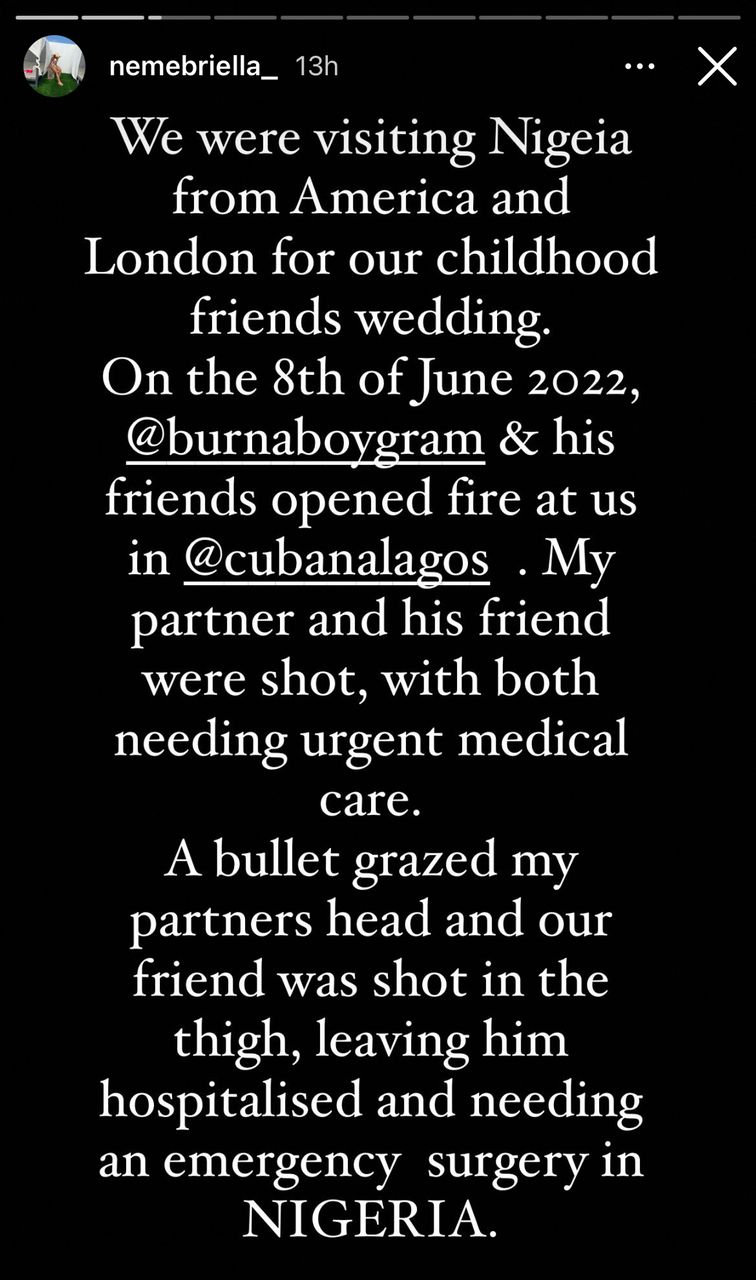 After the wedding, they went to Cubana Lagos night club to celebrate the newlyweds on June 8, 2022.

They were having fun in the VIP area of the club when she said a man approached her to talk to her on behalf of Burna Boy. 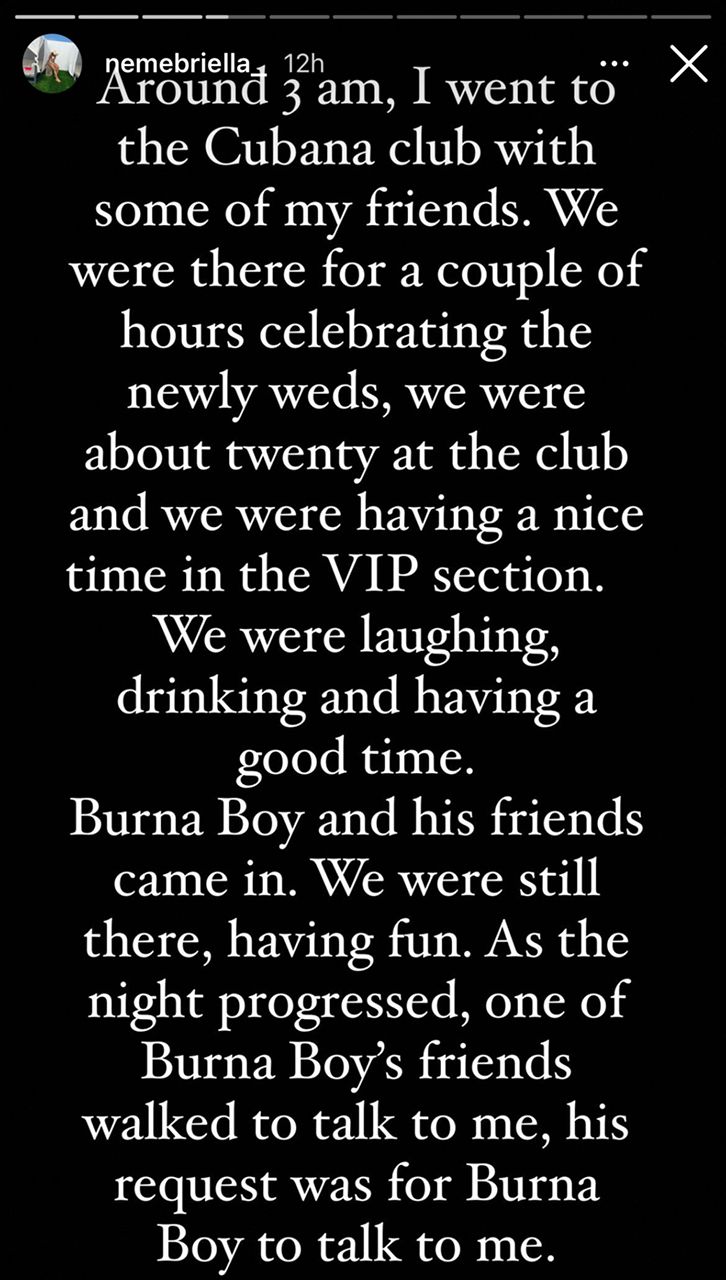 She expressed that she told the man to inform Burna Boy that she is married and not interested in the singer.

The man returned a second time and she gave him the same answer.

It wasn’t until the third attempt that the group Neme was with sternly rejected Burna Boy’s advances, which led to a verbal confrontation.

The verbal confrontation degenerated into a physical fight and Cubana security stepped in to stop the fight. 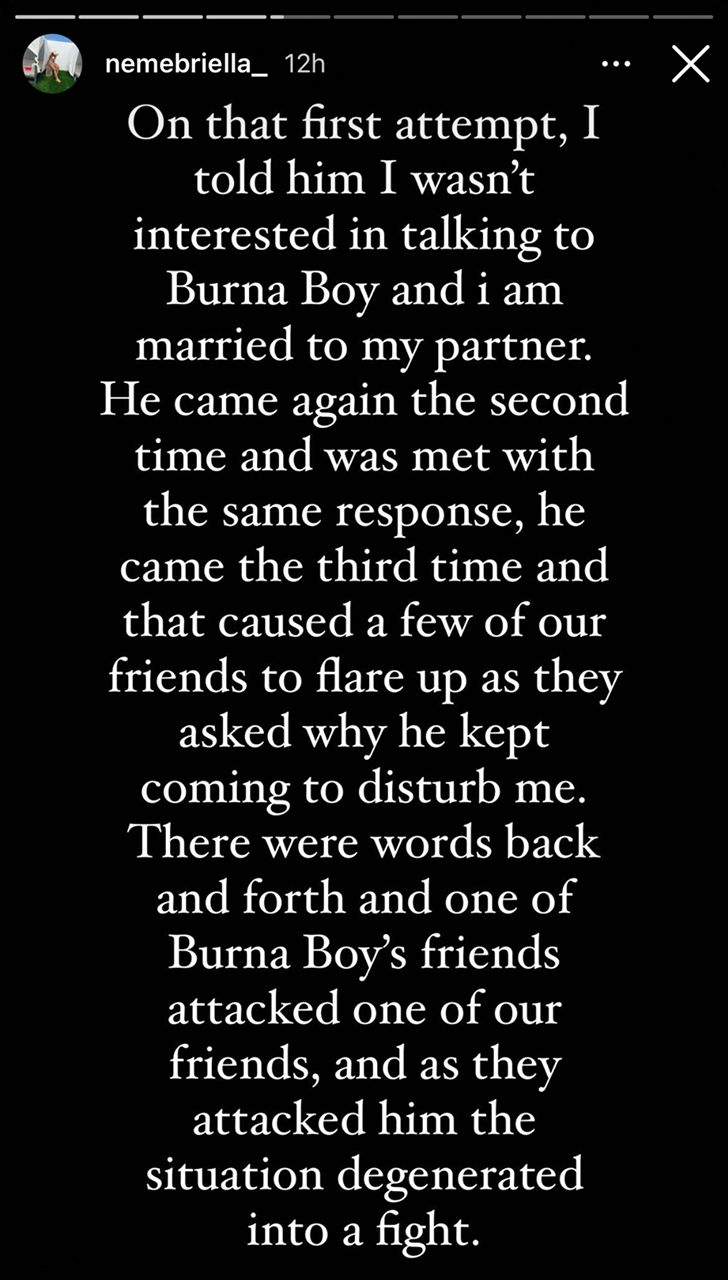 She added that as Burna’s friends were returning to their seats, another fight broke out and security intervened again. 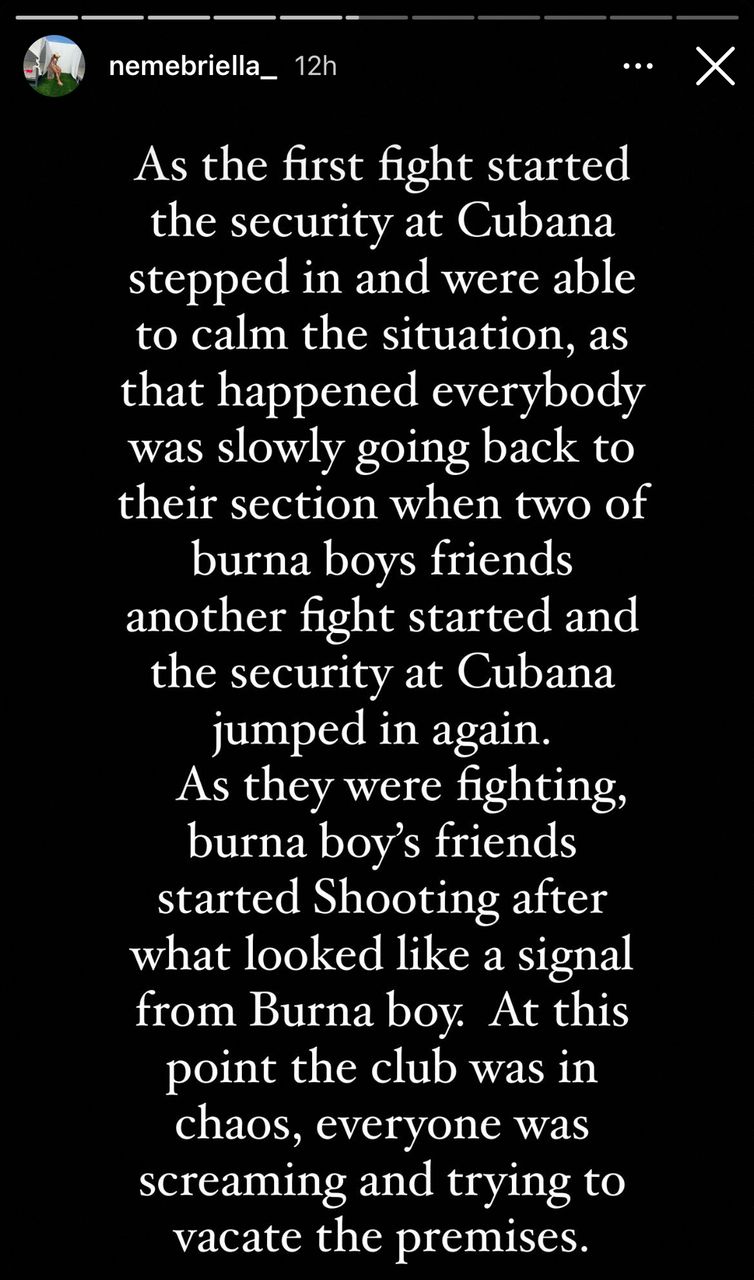 Amid the chaos, the lady stated that she couldn’t find her partner and best friend.

She added that at some point one of Burna’s friends lifted her and threw her “so hard on the floor” hurting her left shoulder.

The lady stated that all their private police officers were not allowed into the club, so they had to fight for their lives themselves.

Neme expressed that one of her friends even tried to get Burna Boy to calm the situation but he laughed and left the club with his security. 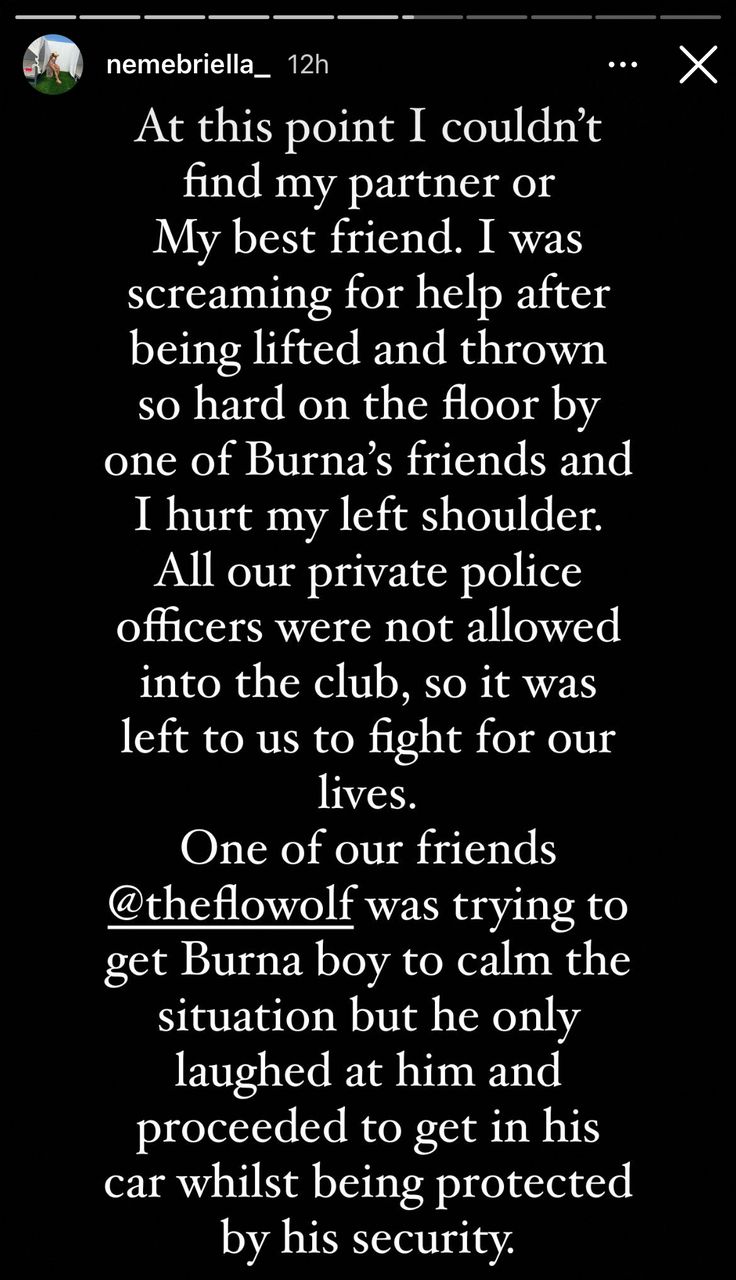 Neme he went on to explain that when she finally got to a place she thought was safe, the man who initially approached her on behalf of Burna saw her and told her, “you’re the one that was doing shakara, abi?“

She said he then reached into his pants to get something resembling a gun but her friends quickly came to her rescue. 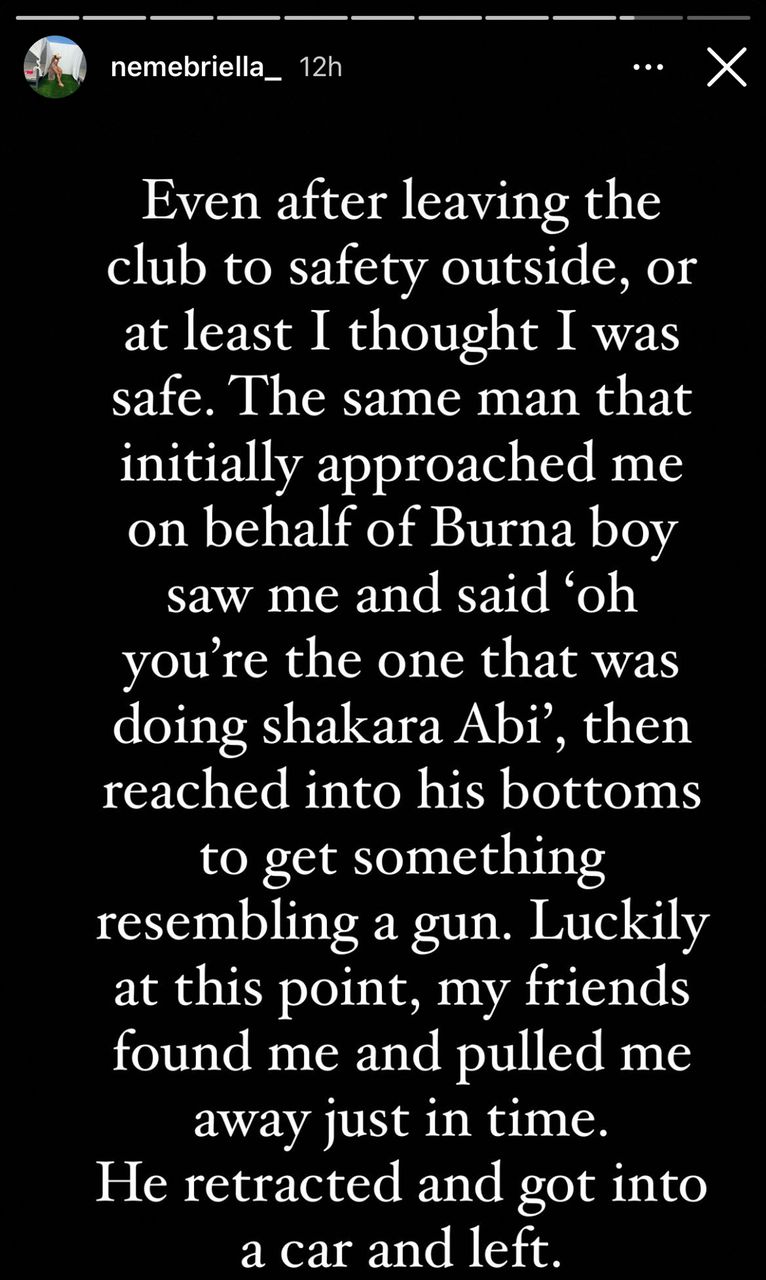 Neme revealed that following the shootout, her partner’s head was bleeding profusely while his friend required blood donation as soon as they got to the hospital. 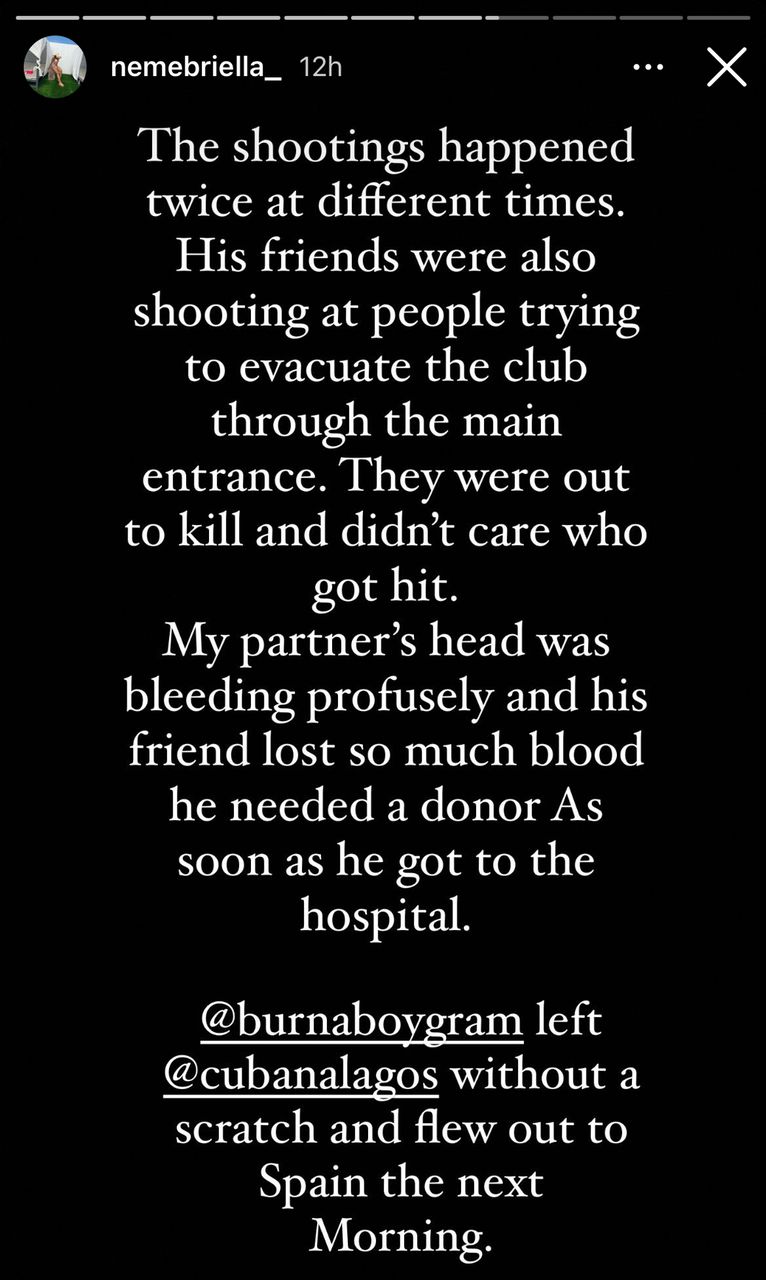 Speaking further, she mentioned that Cubana club owner, Obi Cubana only reached out to her and other victims after 4 days, adding that CCTV footage of the incident is yet to be released after 11 days. 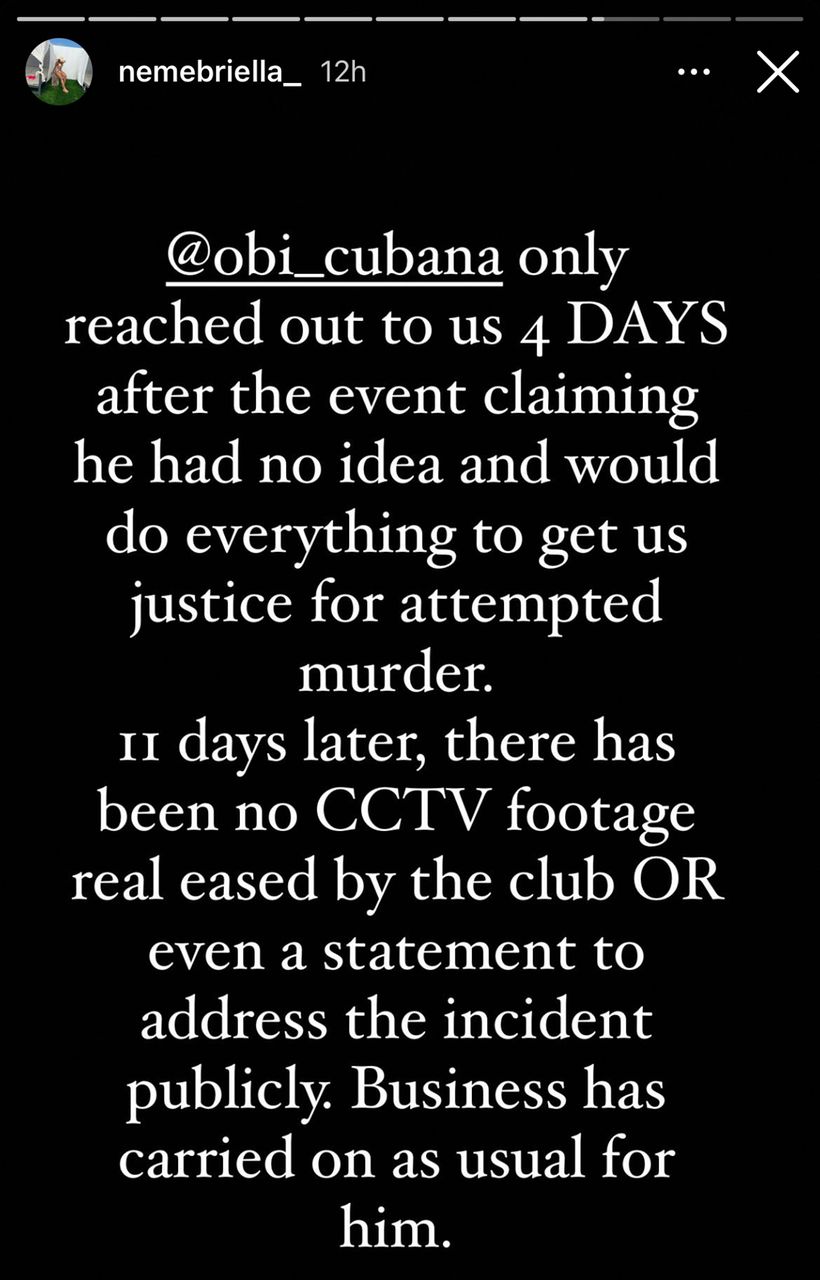 She revealed that the incident has left her traumatised and that Burna Boy’s reaction to the incident further infuriated her. 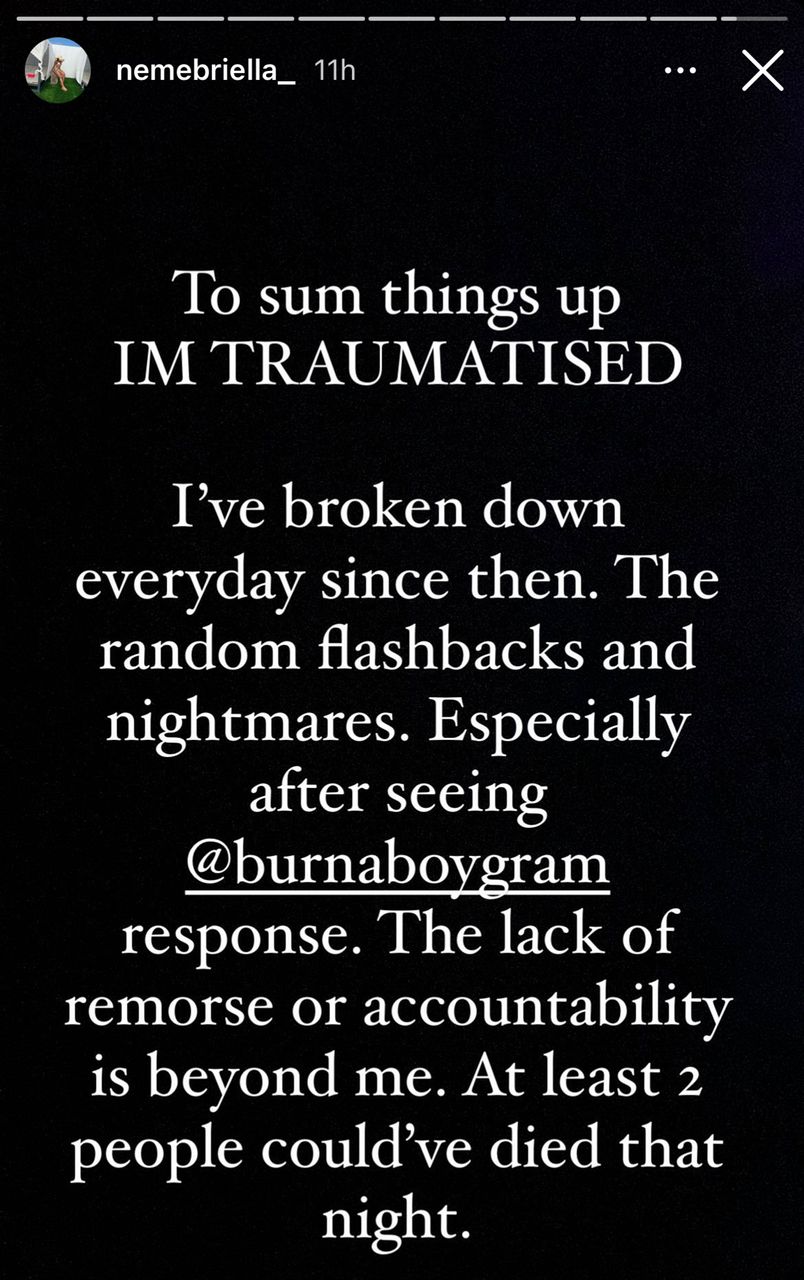 After news about the shooting incident broke out,  Burna Boy gave a vague reaction via his Twitter account, saying;

Meanwhile, Inspector General of Police has ordered the Lagos state Commissioner of Police, CSP Abiodun Alabi, to look into the shooting incident.

Nigeria: 70% Of Politicians Have No Business Being In Politics – Peter Obi