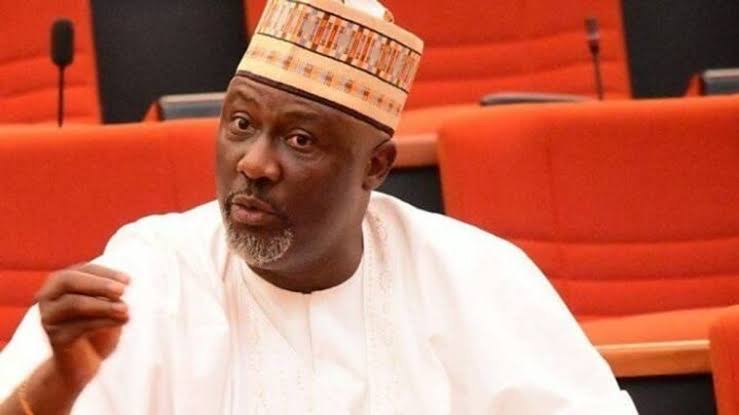 A former federal lawmaker, Senator Dino Melaye asserted that President Muhammadu Buhari’s administration is worse than military government, adding that he should take Nigeria back to where he met the country in 2014.

Melaye posited that everything has gone from bad to worse since 2015 the current government took over power from the Peoples Democratic Party, PDP.

Read Also: We Were Scammed’ – Dino Melaye Apologises For Supporting Buhari In 2015 (Video)

He claimed that Buhari came to destroy even things that were functional during the PDP administration in terms of security, economy and infrastructure.

He made these assertions during an interview on Channels Television stating that:

I will say that while I’m not an apologist of military government, what we have in this country from 2015 till date is worse than military government. That’s why I said we’re living in perilous times…there’s confusion in the land and this country has never been divided the way it is today. Not even during the civil war were we this divided.

You’re not sure of where your next meal will come from. The roads are not safe. Even these days, when you’re in your houses, people will come and abduct you from your home. We’re in a situation near to surrendering to God Almighty alone. We’re in a government without governance.

We’re just in a sorry state as a nation. The truth of the matter is that if there was hope we’ll be living on hope but as I speak to you, there’s no hope.

The situation gets messier on a daily basis… We’re in a situation where the only thing you hear from your President is ‘I’m not aware’ or I condemn’. How long will he continue to condemn?

Take me back to that situation whereby I’m secured. I could still travel by road… Nothing that the APC met that today is better. Take us back to where the naira was N180 to dollar. Today I buy dollar for over N600.

“I Don’t Blame Them” – Amber Heard Accuses Jury Of Being Swayed By ‘Fantastic Acting’, Celebrity Status