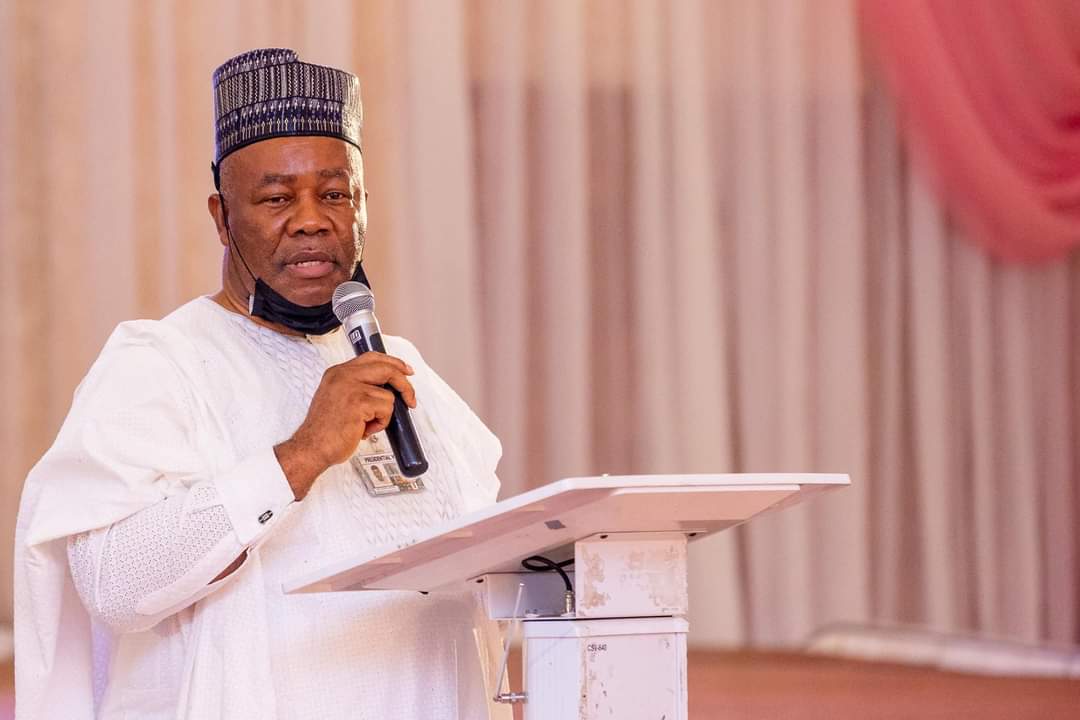 Immediate past ministry of Niger Delta Affairs, Godswill Akpabio has on Tuesday, June 7 stepped down from the presidential race and asked his supporters to vote for Asiwaju Bola Tinubu.

Akpabio made the announcement at the ongoing special convention for All Progressives Congress where party delegates are expected to vote for a candidate ahead of 2023 presidential election.

The former Akwa Ibom governor described Mr Tinubu as a “visionary” leader who turned Lagos around, asking delegates to vote for him to represent the ruling All Progressives Congress (APC)

Watch a video of Akpabio speaking below;

Meanwhile, Asiwaju Bola Tinubu, a leading presidential candidate for the All Progressives Congress (APC), has committed to make Nigeria undivided and unified.

Tinubu pledged to delegates at the party’s ongoing national convention in Abuja, on Tuesday, June 7, that he would address the country’s current insecurity situation.

President Muhammadu Buhari has shown the wherewithal to properly administrate the country, according to Tinubu.

The former Lagos State Governor gave glowing praise to the President for his efforts to reposition the country in the last seven years.

Though our tribe and tongue may differ, we must build a united country, premised on equity, fairness and justice. True reform and progress lie not in copying others but in identifying our own opportunities.

I have done this in Lagos, I humbly ask you to allow me to use these skills and experiences to advance the nation.

I come to you with a coherent vision on how to improve our nation; such that our schools, industry, agriculture and infrastructure will become the pride of all.

Ours shall be a land where all Nigerians will have an equal chance and no one is excluded because of his ethnic background, religious creed, place of origin or social station. We are all Nigerians.

We need to build a Nigeria where sufficient jobs for the urban population are available; and lead to a good life.

We need to encourage and support our farmers; so that they can carry enough to maintain their families while feeding a growing nation. We must continuously invest in the modernisation and expansion of infrastructure; including power, to enhance the quality of life of our people.

Additionally, we must continue to empower the states so that grassroots economic and political development is maximised.

To lead Nigerians is a sacred trust, which I do not take lightly or seek selfishly. By giving me the party’s mandate, I hereby make a solemn vow to make Nigeria the best home for its citizens.

Lori Harvey Takes Down Michael B. Jordan’s Photos From Her IG