BBNaija Reunion: Yousef Reveals He Had A ‘Crush’ On Angel (Video) 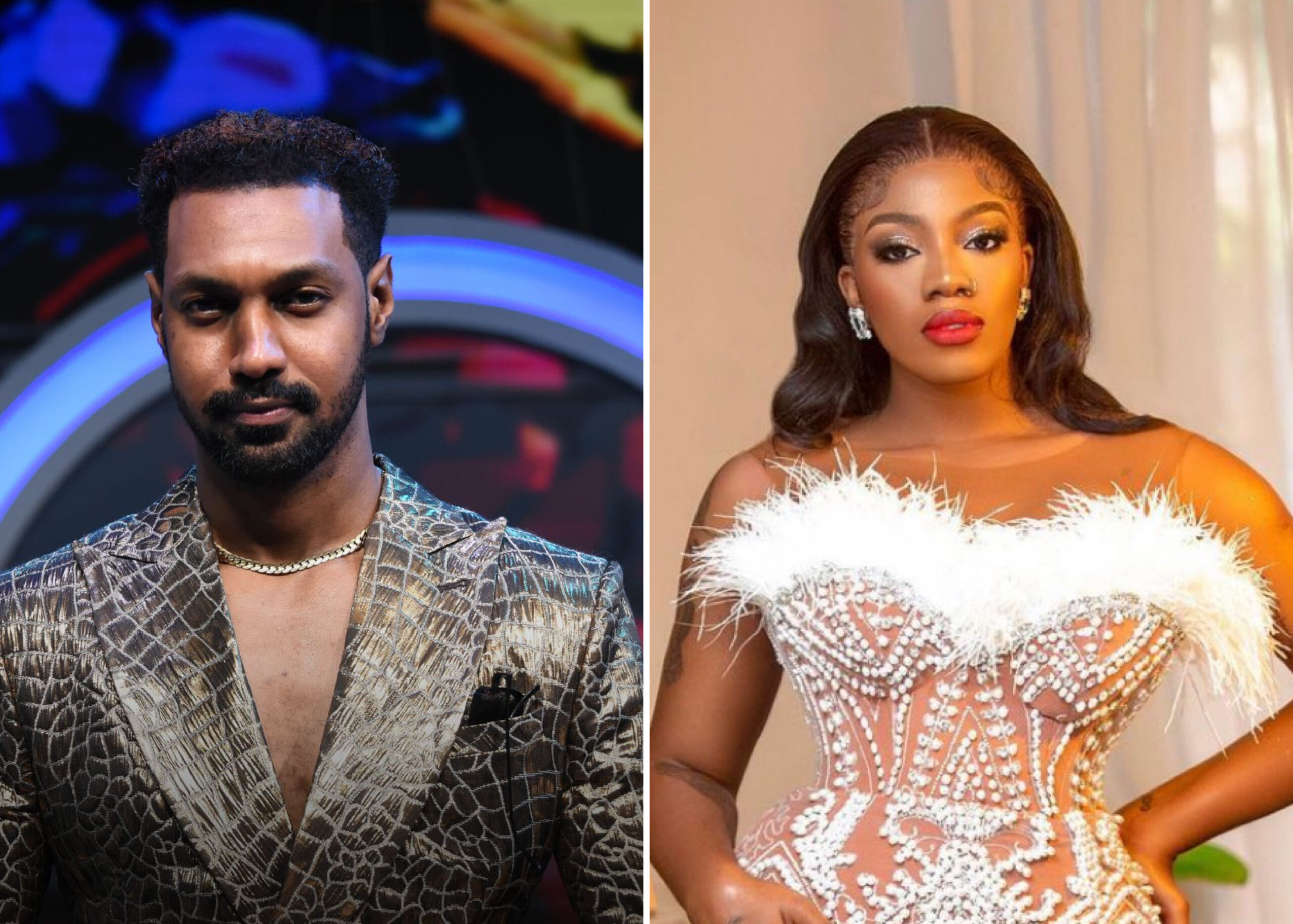 Yousef Garba has spoken about the love and admiration he nurtured for Angel Smith during their time together in Big Brother’s House.

According to the 29-year-old school teacher-cum-reality star, he was prepared to enter a ‘ship’ with Angel, unfortunately, that never happened.

In the fifth episode of the ongoing BBNaija Shine Ya Eyes, host, Ebuka Obi-Uchendu admonished the ex-housemates to put aside their angst, differences and discuss about something more romantic and heartwarming.

Yousef would emerge as the King of this episode as he unapologetically disclosed the affection he had for Angel.

The episode was quite revealing with ‘situationships‘ that many fans of the show almost missed.

Yousef admitted that he nursed strong feelings for Angel and was willing to be invested in a relationship with the 22-year-old. He was, however, discouraged by how she openly flirted with other male housemates.

Show host, Ebuka asked, “What did you feel about Angel?”

Watch the segment below.

Okay this was my fav part of the reunion. Yousef was waiting for 20 from Angel, even the video no convince am 😂😂😫

Ebuka is a phoool 😂, he said chai

Speaking of Angel‘s flirtatious behaviour, Sammie who entered an ephemeral affair with the 22-year-old mentioned that he had a scuffle with Angel in the house due to her coquettishness.

In her defense, Angel said that the fight caused by a truth or dare game involving Kayvee, marked the end of her attraction to Sammie. She further detailed that the romance was likely to have passed as they were “mentally compatible.”

Away from Angel’s triangle was the Jackie B, Michael and Peace situation. On the brief moment of weakness, Michael claimed he and Peace were flirting casually with no expectations. Jackie B, on the other hand, admitted that she felt fooled.

Episode six airing Thursday, promises some shocking revelations. A clip of the episode hints on what sank the Liquorose and Emmanuel ship.

2023 Election: Tinubu Is Desperate For Keys To The Nation’s Treasury – PDP