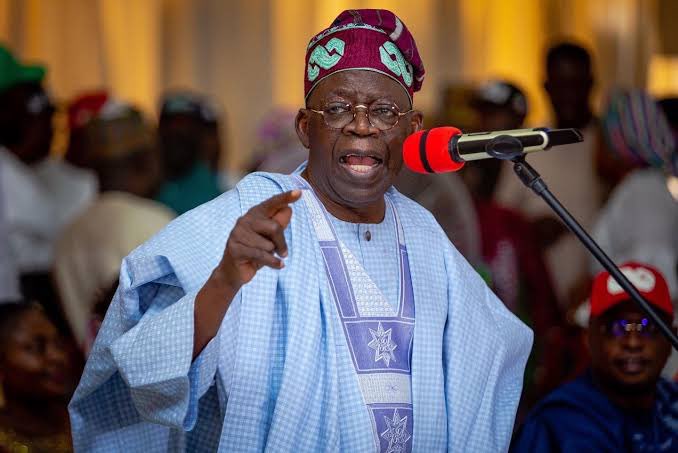 National leader of the All Progressives Congress, Bola Tinubu, is currently leading in the ongoing presidential primary of the party in Abuja.

He is trailed by former Governor of Rivers State, Rotimi Amaechi, and Vice President Yemi Osinbajo.

While Amaechi has obtained 193 votes, Osinbajo polled 138 so far.

The winner is expected to be declared in a few hours.

Fourteen aspirants in the race are;

Nine aspirants had earlier withdrawn from the race including:

A total of 2,260 delegates of the All Progressives Congress voted at the ongoing party’s Presidential Primary at Eagle Square, Abuja.

Voting, which was supposed to begin at 6 p.m. on Tuesday, didn’t start until 2 a.m. today, Wednesday, June 8.

The total rundown of states and their respective accredited delegates are as follows:

Selected members of APC have been at Eagles Square in Abuja since yesterday to choose a candidate for next year’s election to replace the President Muhammadu Buhari.

They are to select a candidate to face 75-year-old Atiku Abubakar of the opposition Peoples Democratic Party among others in the February 25 presidential ballot.

PDP – which held its primary on May 28 and 29 – chose Abubakar, a former vice president and a political stalwart who is a northern Muslim.

‘Nigeria Is Not A Failed State’ — Tinubu…