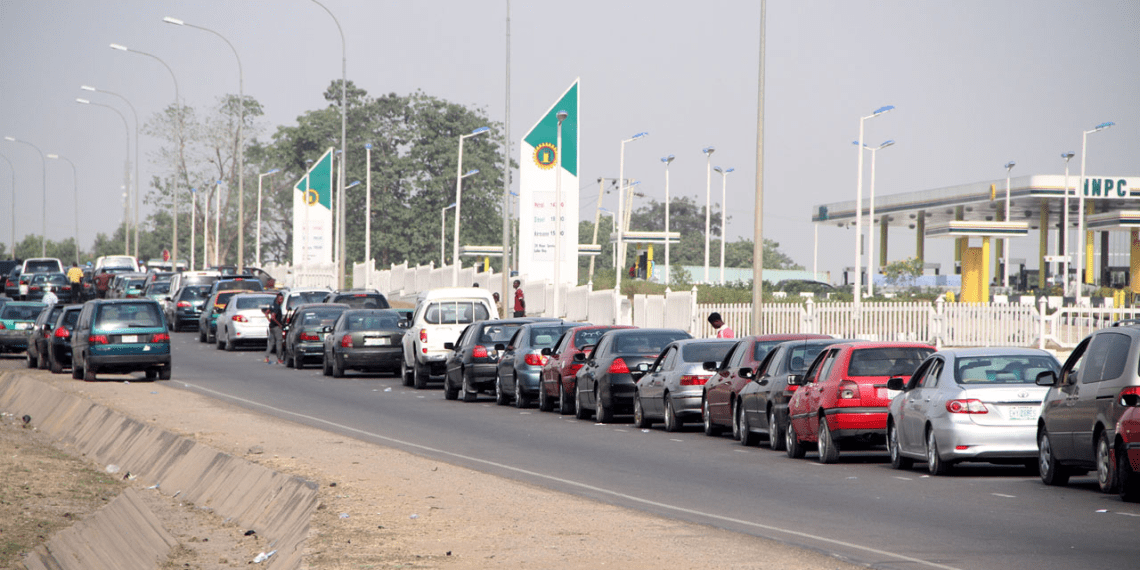 According to latest reports, the Nigerian National Petroleum Company (NNPC) evacuated 1.523 billion litres of Premium Motor Spirit (PMS) between May 16 and June 5 in order to ensure constant supply of fuel.

However, despite this great supply, queues formed by motorists daily in filling stations in Abuja and its environs has not reduced. Meanwhile, some other outlets still do not dispense petrol due to lack of products.

Figures obtained from NNPC revealed that between May 16 to 29, 2022, the oil firm recorded an average national evacuation of 69.04 million litres. This implies that NNPC evacuated about 966.56 million litres during the two-week period.

Data from the company also indicated that it evacuated a total of 556.71 million litres between May 30 and June 5, 2022. A summation of the volumes of fuel evacuated from May 16 to June 5 showed that 1.523 billion litres was supplied across the country.

Meanwhile, the presence of PMS black marketers on major roads in Abuja is still very much obvious as they still struggle to meet the fuel supply needs of motorists but at higher prices.

It is surprising that the queues in Abuja have refused to clear completely, though not severe today due to the Democracy Day holiday. We wonder when most filling stations will again start selling products.

Oil marketers have stated that the queues in Abuja and parts of neighbouring Nasarawa and Niger states were due to challenges associated with logistics.

It is due to the problem of logistics. There are products and I say this because if there are no products, you will find out that within two to three days the queues will hit Port Harcourt and Lagos.

Anytime you see serious scarcity is when it hits Lagos and Port Harcourt. So the problem has to do with logistics. There are concerns about gridlocks in some loading areas due to the overlapping effect of what happened in the downstream oil sector some months ago.

But I know that the NNPC is trying as much as possible to load products to Abuja and its environs.

Ukadike affirmed that Abuja will be wet with products soon as Port Harcourt depots are also giving priority to trucks that are going to Abuja and its environs.