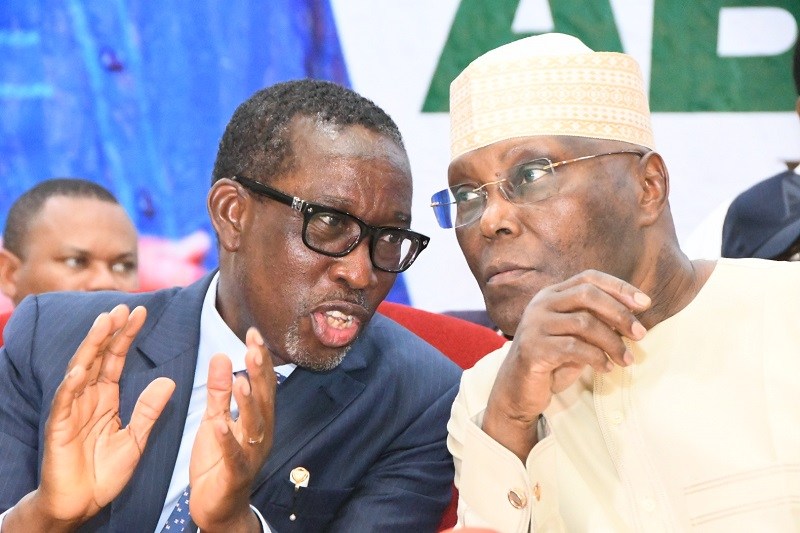 In reaction to Atiku’s announcement of his running mate, Ohanaeze, on Thursday, June 16, stated that PDP is not ready to win the election as the selection is chaotic.

According to a statement issued by Okechukwu Isiguzoro, the Secretary-General of the group, Okowa is a minus for Atiku.

The group also alleged that Okowa had betrayed the agenda of the Southern people. It further stated that Igbos would never vote the duo of Atiku and Okowa.

Ohanaeze Ndigbo worldwide has described the nomination of Delta State Governor as the PDP running mate to Atiku Abubakar as a chaotic selection for a party not ready to win the 2023 elections.

The reward for a serial betrayal whose inescapable actions will never add national integrity and value to the progress of PDP in 2023, Ifeanyi Okowa is a minus for Atiku, as his choice will decline PDP’s fortunes in Delta and Southern Nigeria, a man who misled the Southern Governors’ agenda will never be trusted for the votes of Ndigbo, Igbos will never vote Atiku and Okowa.

Southeast knows the political directions to go in 2023, but certainly not the PDP. Atiku is satisfied with a serial betrayal because of birds of the same feather flocks together, this is the height of insincerity and deception which will rebound in the 2023 elections, we will teach PDP the language they need to understand in the 2023 polls.

No Igbo political decisions have been made so far on the 2023 election but at the appropriate time, Ndigbo will decide the political direction to go but not the PDP, for shunning the southeast, Atiku will face the consequences of his actions.