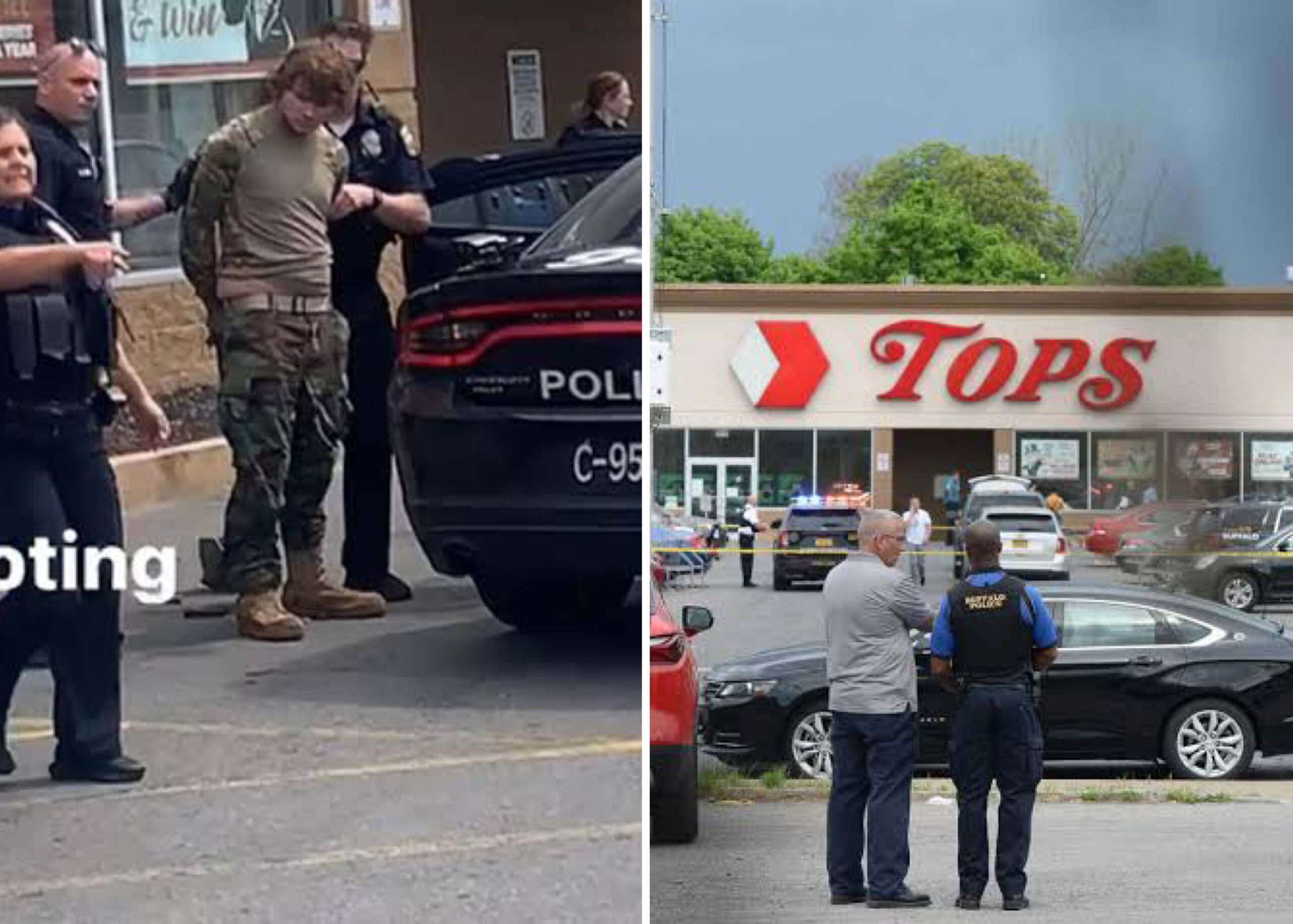 Shocked residents of Buffalo, New York have gathered on Sunday, May 15 at church services to mourn 10 people shot and killed by an alleged white supremacist teenager in racist mass shooting.

The shooter, identified as 18-year-old Payton Gendron, was arrested at the scene, a grocery store in a heavily Black neighborhood after police rushed to respond to emergency calls.

He had driven from his home town of Conklin, more than 200 miles (320 kilometers) away, police said.

Gendron was arraigned late Saturday on a single count of first-degree murder and held without bail, the Erie County district attorney’s office revealed.

The shooter was wearing body armor, carried an assault rifle and live-streamed the attack, police said, adding that of the 10 dead and three wounded, 11 were African Americans.

In alternately angry and mournful tones, speakers denounced the latest eruption of racist mass shooting and the ready availability of high-power guns in what has become a sadly familiar scene across America.

Hochul, herself a Buffalo native, described the crime as a “military-style execution” — she said the shooter carried an AR-15 assault weapon — and said racist messaging was “spreading like wildfire.”

She called on officials of both political parties to “make sure these people crawl back into their holes and stay there.”

The attack evoked memories of some of the worst racist attacks in recent US history, including the 2015 killing by a young white man of nine worshippers in a Black church in South Carolina, and the 2019 attack by a white man in Texas that claimed 23 lives, most of them Hispanic.

The gunman shot four people in the store’s parking lot, three of them fatally, before going inside.

Among those killed inside the store was a retired police officer working as an armed security guard. He was able to fire several shots at the assailant before being shot, police said.

When police arrived, the shooter put the gun to his neck, but was talked down and surrendered.

The victims were ordinary shoppers and store workers.

At a Sunday vigil in Buffalo’s Elim Christian Fellowship church, Pastor T. Anthony Bronner urged both prayer and political action in response to an attack.

The shooting is being investigated as a hate crime “and a case of racially motivated violent extremism,” Stephen Belongia, special agent in charge of the FBI’s Buffalo field office, told reporters.

Media reports linked the shooter to a 180-page manifesto that described a white supremacist ideology and laid out a plan to target a mainly Black neighborhood.

In addition to mentioning the South Carolina church shooting, the gunman reportedly said he had been “inspired” by the gunman who killed 51 people in a New Zealand mosque in March 2019.

A semi-automatic weapon used in Saturday’s shooting also had a racial epithet written on its barrel, according to local daily The Buffalo News, citing a local official.

Sadly, US Congress has fallen short at tightening the nation’s gun laws even after some of the most horrific shootings.

United States suffered 19,350 firearm homicides in 2020, up nearly 35 percent compared to 2019, the Centers for Disease Control and Prevention said in its latest data.

Local media said Gendron had pleaded not guilty at his arraignment. If convicted he would face a maximum penalty of life in prison without parole.