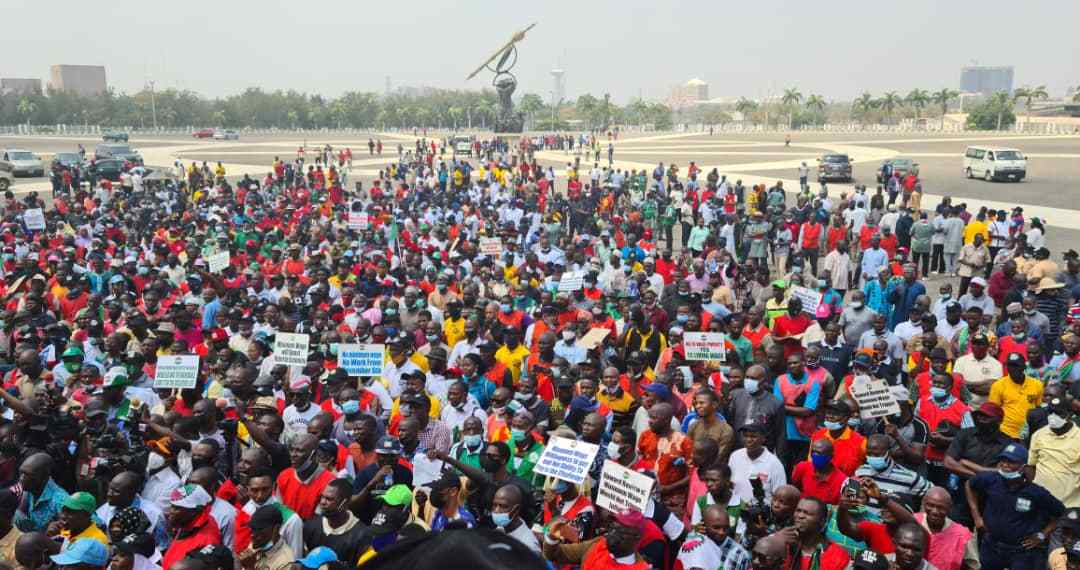 Trade Union Congress (TUC), one of Nigeria’s leading amalgamated labour unions, has threatened to embark on a solidarity strike with  Academic Staff Union of Universities (ASUU) to compel the government to address the workers’ concerns and reopen the universities.

In a statement issued on Tuesday, a copy of which was obtained by PREMIUM TIMES, TUC accused the Federal Government of deliberately neglecting the universities and subjecting the workers and students to untold hardship.

The union, in a statement yesterday, signed by its President, Quadri Olaleye, argued that government has no excuse whatsoever to further keep innocent students and their lecturers at home.

The union said it was worried that a government that could raise money to feed children who were at home during the heat of COVID-19 could not repeat a similar feat in the education sector.

TUC asked Minister of Labour, Dr. Chris Ngige and Minister of Education, Mallam Adamu Adamu to quit if they are unable to resolve the issues.

The latest development comes as colleges of education in the country gave a 21-day ultimatum to the Federal Government over lingering industrial disagreements.

Rising from a National Executive Council (NEC) meeting, the Colleges of Education Academic Staff Union (COEASU) berated government for being unfair to colleges of education despite the union’s entreaties. The ultimatum began Monday, May 9, 2021.

A communiqué issued at the end of the meeting, signed by the President of the union, Dr. Smart Olugbeko and General Secretary, Dr. Ahmed Lawan, listed non-action on the renegotiation of COEASU/FGN 2010 agreement, non-release of pledged N15 billion revitalisation fund and the Federal Government’s recalcitrant insistence on the Integrated Payroll and Personnel information system (IPPIS against the more reliable University Transparency and Accountability Solution (UTAS) alternative.

Also, the Joint Action Committee (JAC) of the Non-Academic Staff Union of Educational and Associated Institutions (NASU) and the Senior Staff of Nigerian Universities (SSANU) have presented a new payment platform to the Federal Government with which they hope to be paid.

The platform, known as University Peculiar Payroll Payment System (U3PS), was presented to the Minister of Education in Abuja, yesterday.

Recall that the two unions, like ASUU, had rejected IPPIS.

Receiving the proposal, Adamu stressed the need for one payment platform that can serve everyone in the country.

He said the National Information Technology Development Agency (NITDA) would carry out an integrity test of the platform.

Meanwhile, Senate has promised to intervene and resolve the disagreement between the Federal Government and ASUU.

The meeting between the Senate President and the leadership of NANS was facilitated by Bishop Dr. Sunday Onuoha, with a view to discouraging students from embarking on protest that could cause destruction of public infrastructure.

Senate President described ASUU’s disagreement with the Federal Government as a serious issue that is having negative impact on the future of Nigerian students and the development of the country.

He noted that the bone of contention is the 2009 agreement signed with ASUU by previous administration, adding that it has now dawned on every party involved that the agreement is no longer tenable.