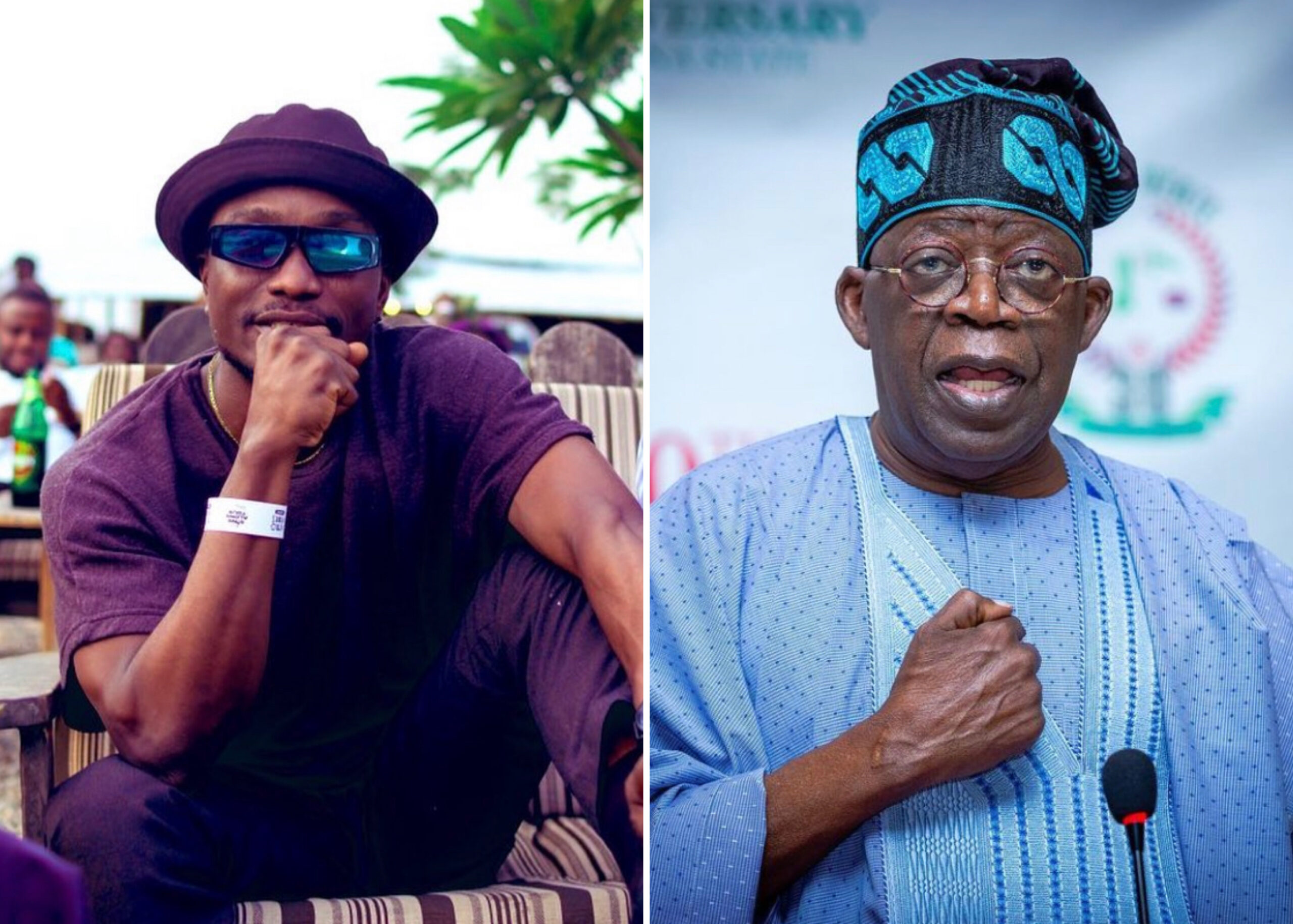 Singer, Olawale Olofooro, popularly known as Brymo, has declared his support for All Progressives Congress presidential aspirant, Bola Tinubu, ahead of the 2023 election.

Tinubu, a former Lagos governor, is seeking the presidential ticket of the All Progressives Congress (APC).

Given the rather fragile state of the nation, there have been mixed feelings among the youth about re-electing as president politicians who have served in public office in the past.

It all started when a tweep with the handle @ambrosia_ijebu spoke about Tinubu’s ineligibility, saying;

This Jagaban (as Tinunu is also called) candidacy has truly helped me see that so many Nigerians actually don’t care about purposeful or diligent leadership.

I said to one of my Egbons (a leading Yoruba businessman) that this man is not well, he’s not fit to do this job. He said, was Buhari well when he entered? I said isn’t that the entire point? He said, we will get him good healthcare, leave that one.

The only thing my Egbon cares about is his government contracts and business deals which access to power will get him. Finish. Anything else is big grammar. And this is the typical Nigerian elite.

Reacting, singer, who described Tinubu as a “city boy” noted that the APC chieftain is the one with a plan for the country.

Brymo further claimed that he has never met Tinubu or his political affiliates, as he told critics to stop judging the aspirant based on old age.

Yet… he’s the one with a plan, we all know that… Let a city boy be president for once!.. never met the man, or any one who represents, or is acquainted to him, or even his relations and political affiliates – and if we stopped trying to kill them off for being old https://t.co/0aZHa6UpN5

Brymo then cleared the air about his comments on Tinubu being a “city boy” and having a plan, noting that the city he was referring to was Lagos, which Tinubu governed from 1999 to 2007.

About having a Plan; You live in what town ?.. I live in Lagos.. Yh! City Boy.. It is like lagos moving into aso rock, it is guaranteed to work!.. even if looting is rife it’ll still be the best presidency yet.. On God! https://t.co/rNxGP9iCfr

You may be trying for God knows why, I am just looking for the best options there are, something to bridge the aspirational divide.. and it is my country as well, I have natural rights to pick a candidate and speak for why!!.

Following his comments, some Twitter users slammed Brymo for supporting Tinubu’s aspiration in the forthcoming election.

Reacting to a fan who expressed disappointment at Brymo’s presidential choice, the singer said;

Pack your flowers, I own a garden of fresher ones..take away your dead flowers!.. lol .. https://t.co/40UBde1LCo

The singer further made comments about Tinubu can create a working blueprint for the development of the country if elected President.

Wait!.. you don’t want to find out if truly there’s a blueprint for even future infrastructure in this city…like you wouldn’t like to have proof of all you heard of the man and this city ?..wouldn’t you like for someone to curate a working blueprint for this country ?.. I do!

It’s the same though.. plus, all of the country lives in lagos! https://t.co/4TPR7tHdN1

He then retweeted his May 24 tweeted which reads;

Imagine if we all say to ourselves “I am the change I seek in the world”, first thing every morning for thirty days. Imagine if we all only have positive things spewing from our guts for thirty more…imagine the awesomeness that’ll begin to emanate from our persons..forevermore!