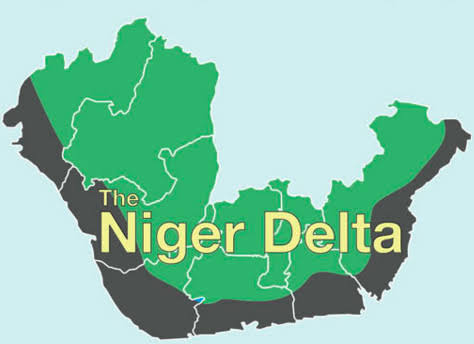 Pan Niger Delta Forum (PANDEF) has alleged that the Peoples Democratic Party has paved its own grave by abandoning zoning and opening up the presidential nomination race ahead of the 2023 general election.

PANDEF’s National Publicity Secretary, Ken Robinson, said as much in a statement released to the media in Port Harcourt on Thursday.

He urged the ruling All Progressives Congress to capitalise on the PDP’s “indiscretion” in order to assure the election of a southern presidential candidate in the coming election.

The Pan Niger Delta Forum, PANDEF, has described as unfortunate the decision of the National Executive Committee of the Peoples Democratic Party to uphold the Governor Ortom Committee’s recommendation to throw open the contest for the party’s 2023 presidential ticket. What a shame!

By this decision, the PDP has simply dug its own grave. Sadly, this is a party whose Constitution unequivocally commits to the policy of rotation and zoning of party and public elective offices in pursuance of the principles of equity, justice, and fairness.

Former Presidents Olusegun Obasanjo and Dr. Goodluck Jonathan were not northerners, but they both won presidential elections for the PDP in 1999, 2003, and 2011, according to the statement.

PANDEF expects the All Progressives Congress to take advantage of the awful indiscretion of the PDP to consolidate itself as a truly nationalistic party, committed to the unity, peace, and progress of Nigeria, by ensuring the emergence of a southern presidential candidate for the 2023 elections.