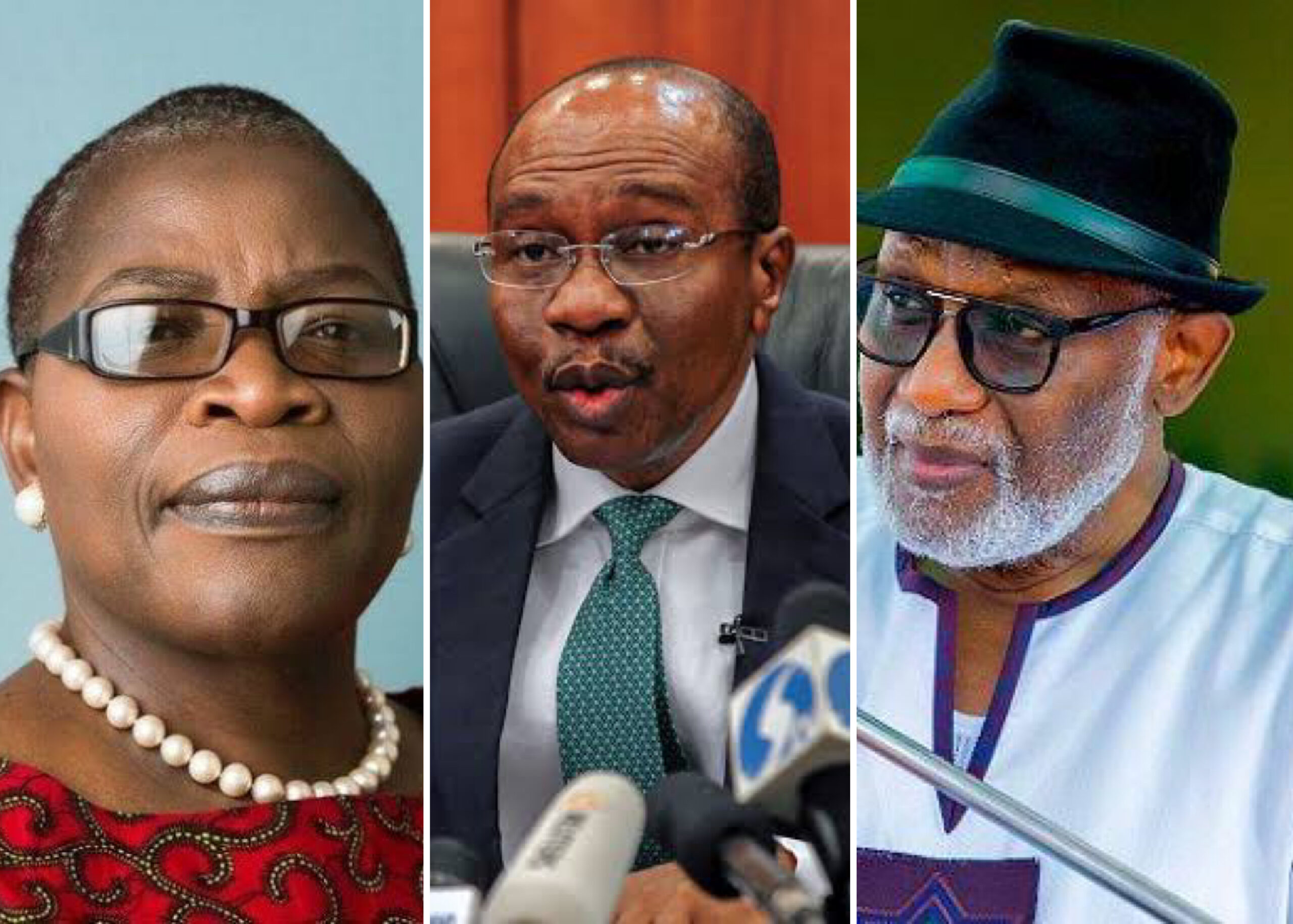 Governor Rotimi Akeredolu of Ondo state and former Minister of Education, Oby Ezekwesili, have called for the immediate resignation of CBN governor, Godwin Emefiele, following his decision to run for president of Nigeria in 2023.

Emefiele picked the N100 million form from the party’s organizing secretary at International Conference Centre (ICC) in Abuja, on Friday morning, May 6.

Reacting to this development via her Twitter handle, Ezekwesili who described it as an “ill-fated political career”, demanded the CBN governor’s immediate resignation.

The Governor of Central Bank of Nigeria @cenbank must now immediately tender his resignation to stop further destroying whatever little remains of the country’s monetary policy reputation. Mr Emefele should leave immediately to pursue his ill-fated political career.

The Governor of Central Bank of Nigeria @cenbank must now immediately tender his resignation to stop further destroying whatever little remains of the country’s monetary policy reputation.
Mr Emefele should leave immediately- tonight- to pursue his ill-fated political career.✍🏾

On his part, Governor Akeredolu while calling for Emefiele’s resignation described it as a ”joke taken too far”.

In a statement released, he stated that the President should do the needful and disengage Emefiele if he fails to tender his resignation.

The news of the purchase of Declaration of Intent and Nomination Forms to contest for the office of the President in the forthcoming general elections, on the platform of the All Progressives Congress, purportedly by the supporters of the Governor of the Central Bank of Nigeria, Mr Godwin Emefiele, has been received with palpable disbelief and shock by many Nigerians. This act, if unchecked, timeously, portends great danger to the fragile economy of the country.

Rumours had been rife on the subterranean partisan activities linked to him through these shadowy characters in the recent weeks. Pictures of branded vehicles, ostensibly purchased for electioneering campaigns, were also posted on the social media. The audacious moves by those who claimed to be supporting this interest have been unsettling.

This latest news confirms that the Governor may indeed be interested in immersing himself in the murky waters of politics like any other Nigerian with partisan interests. It is incontrovertible that Mr Emefiele enjoys a constitutionally protected right to belong to any group or association and participate fully, just as any Nigerian. It is, however, difficult to imagine that a person who occupies the exalted and sensitive office of the Governor of the Central Bank of Nigeria will be this brazen in actualizing his ambition.

There is no gain asserting the obvious. The combined effect of the Public Service Rules, CBN Act and the 1999 Constitution, as amended, exposes not only the oddity inherent in this brash exercise of presumed right to associate. It also confirms the illegality of the act should he proceed to submit the forms while occupying the seat as Governor of the Central Bank of Nigeria.

Consequently, we admonish Mr Emefiele to leave the office, immediately, for him to pursue his interest. He cannot combine partisan politics with the very delicate assignment of his office. Should he refuse to quit, it becomes incumbent on the President and Commander-in-Chief of the Armed Forces to remove him forthwith.

This is a joke taken too far.

THE CBN GOVERNOR MUST DISENGAGE FORTHWITH

The news of the purchase of APC Presidential Nomination Forms purportedly by the supporters of CBN Gov., @GodwinIEmefiele has been received with palpable disbelief & shock… This act, if unchecked, timeously, portends great danger… pic.twitter.com/L9Adc2qugA