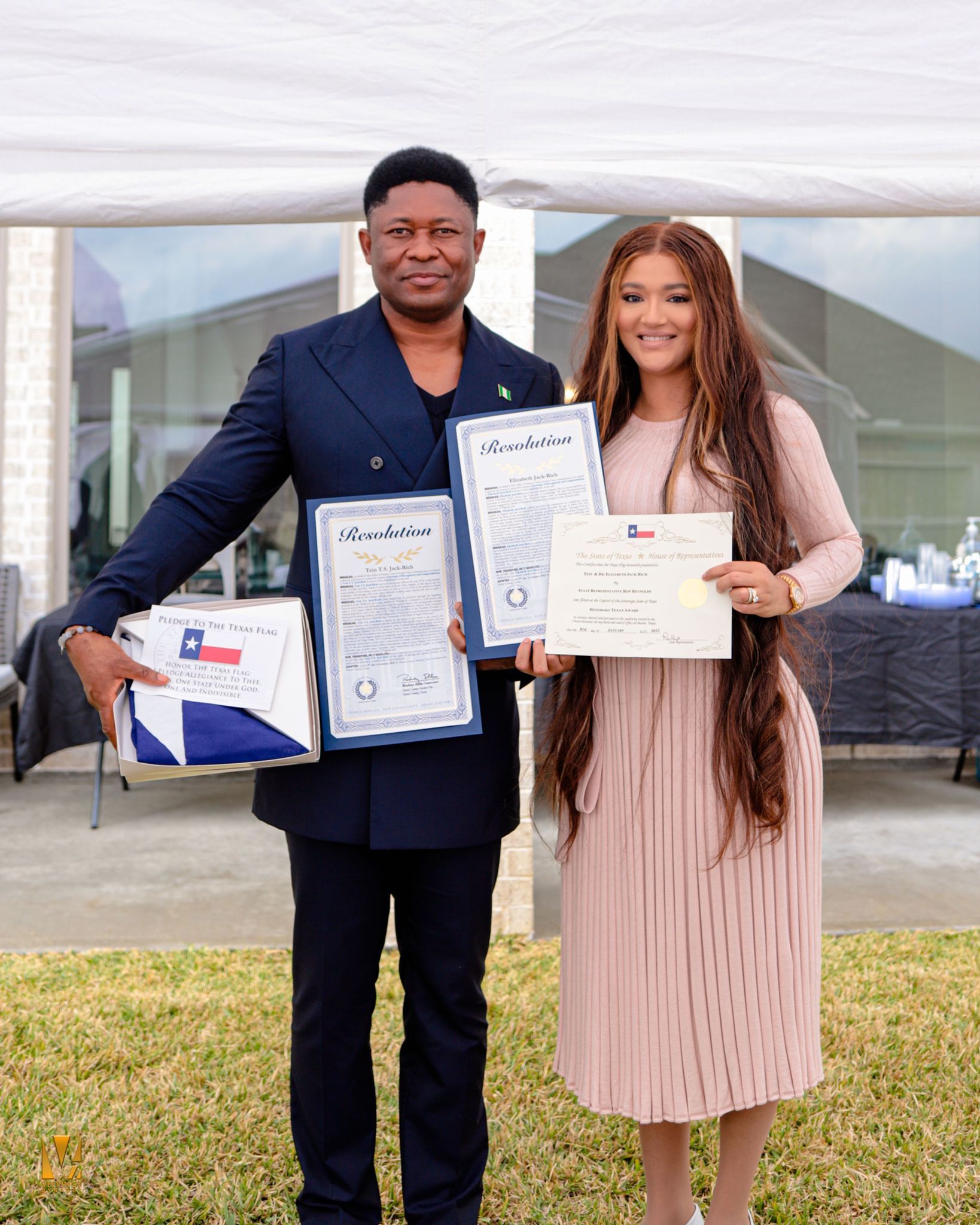 They were given honorary citizenship of Texas and recognition awards on January, 8 2022, it has emerged.

Their awards were presented to them by Senator Rodney Ellis, a Texas State Senator and Texas State Representative, Ron Reynolds.

The state of Texas awarded them for their contributions to Africa and the United States of America, where they have created jobs and contributed immeasurable economic value.

In their honour, the Texas flag was flown over the Texas State Capitol in Austin, Texas.

Jack Rich Tein was born on January 28, 1975 into the family of Elder and Mrs Teinbo Saturday Seliyefubara Jack-Rich in Rivers State part of Nigeria.

The entrepreneur and philanthropist is the founder and president of Belema Oil, the first indigenous oil exploration and Production company in Nigeria to emerge from an oil producing Community in Niger Delta.

Meanwhile, Elizabeth Jack-Rich, born May 19, 1993, is a philanthropist, an entrepreneur and business mogul. 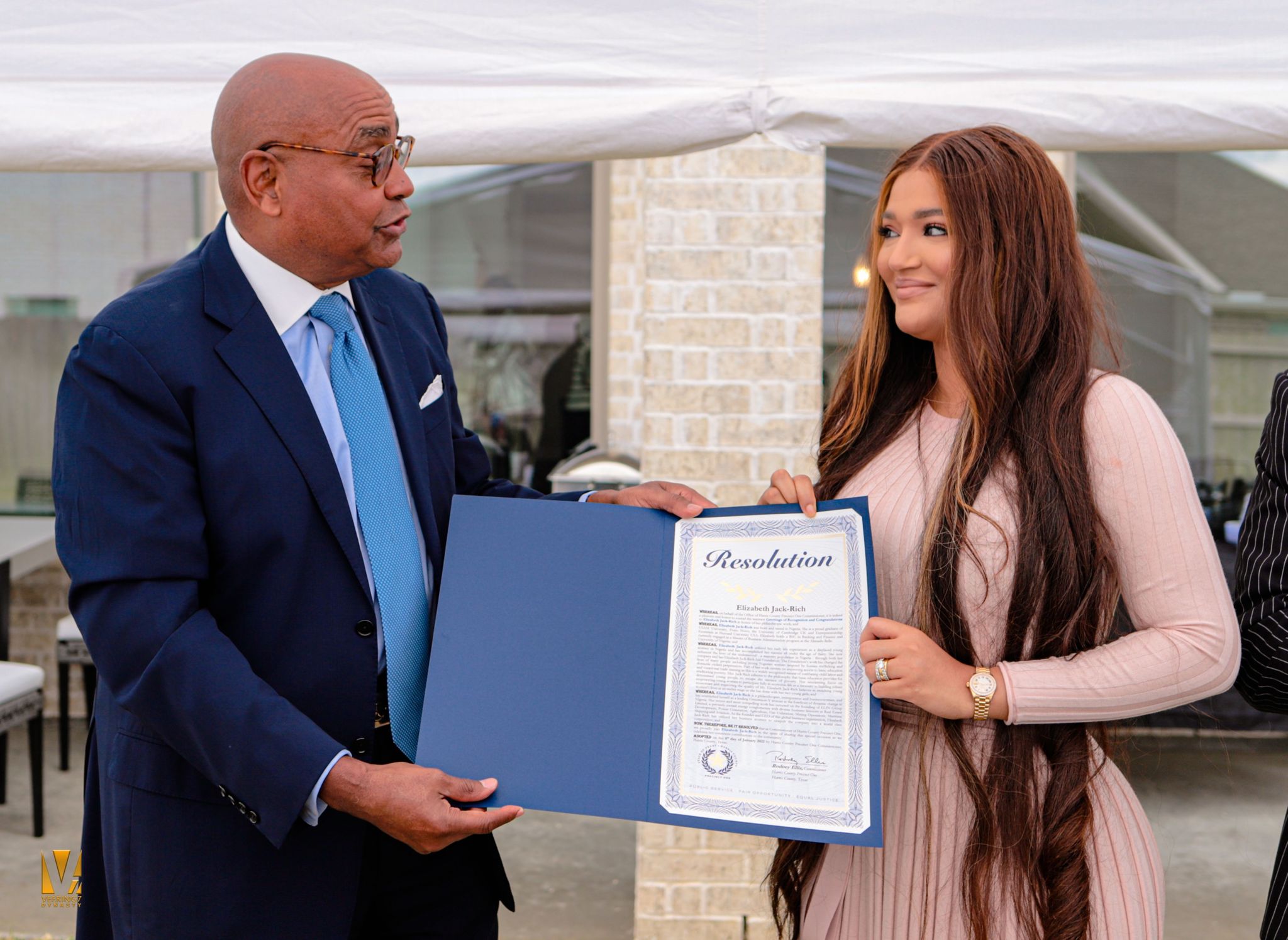 The couple are known worldwide for their passion for helping humanity through their foundations, Belema Aid Foundation and Elizabeth Jack-Rich Aid Foundation. 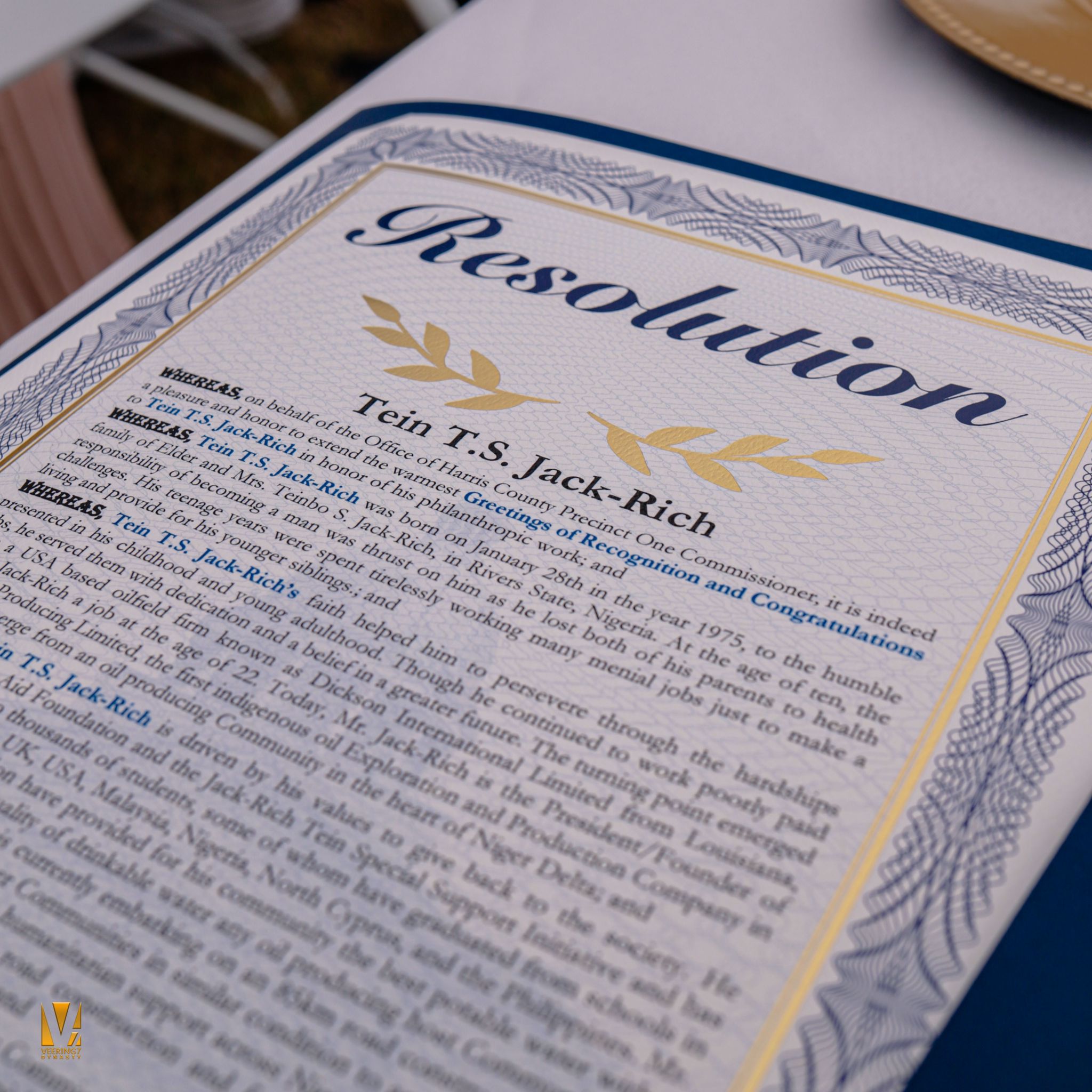 Tein’s foundation has awarded scholarships to many students of which some graduated from schools in Nigeria, Ghana, Ukraine, Canada, USA, Malaysia and more.

As a philanthropist, Tein also provided best drinking water for his community and had provided jobs for more than 3,000 Nigerian youths. 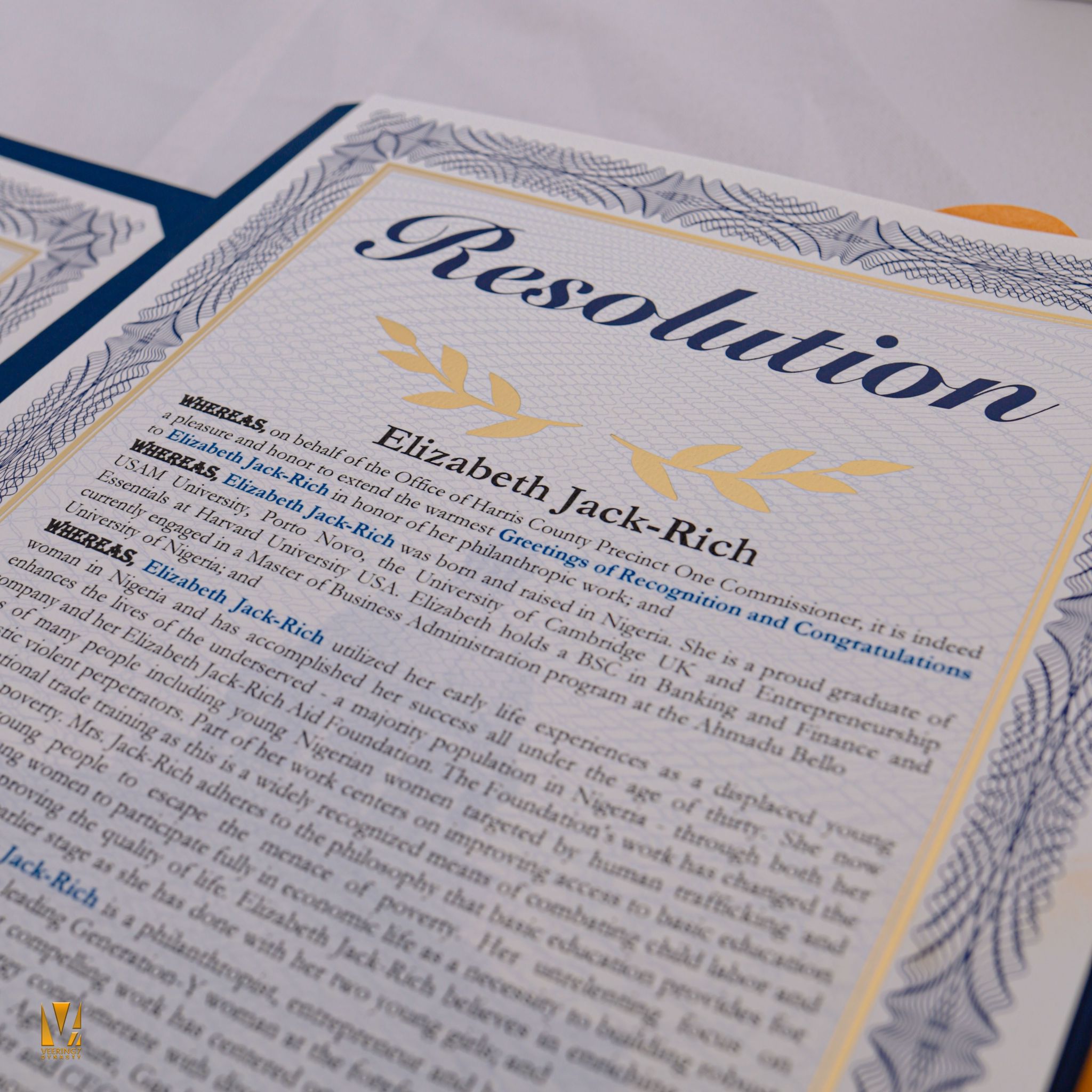 While Elizabeth through her foundation has touched the lives of youth and women, worked to eradicate poverty, promote education, health and financial inclusion whilst preventing child and drug abuse in underserved communities in Nigeria.