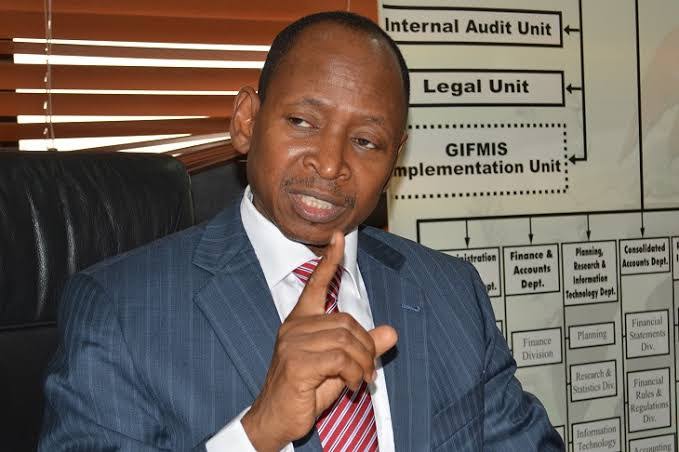 Economic and Financial Crimes Commission (EFCC) has secured a court order to detain the embattled Accountant-General of the Federation, Ahmed Idris, for more days.

Recall that Ahmed Idris was arrested on May 16 for an alleged money laundering and diversion of public funds of N80 billion.

Idris was intercepted in Kano by operatives of EFCC on Monday evening and is being flown to Abuja, the nation’s capital, for interrogation.

The companies used in laundering the funds have allegedly been linked to family members and associates of the accountant-general, investigators said.

Giving an update, an official of the anti-graft agency, who did not want to be quoted, disclosed that the legal department of the commission secured the order within 24 hours after Idris was arrested in Kano state.

Although the detective did not state the court where the order was obtained, he explained that they have been relying on the order to keep him in their custody pending the conclusion of their investigation.

He is still here with us, he has been cooperating. We will get to the root of the matter. The good thing is that our legal department has secured a court order helping us to hold him till we conclude our investigations.

When asked about when he would be released, the official said Idris may be charged to court anytime, saying “evidence at our disposal is damning”.

He added that some of the properties linked to him in Abuja, Lagos and Kano might be forfeited temporarily, noting that the commission will also push for their permanent forfeiture to the federal government.

Meanwhile, Federal Government on Wednesday May 18, announced the suspension of the embattled accountant-general with a view to allowing a thorough investigation.

Minister of Finance, Zainab Ahmed, informed Idris of his suspension in a letter on Wednesday.

His suspension is without pay, Mrs Ahmed’s letter stated in the letter dated May 18, 2022.