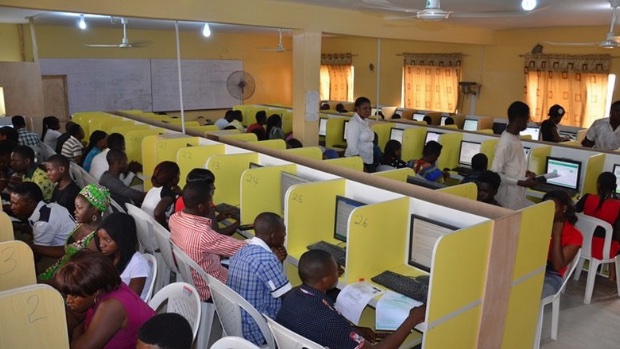 Joint Admissions and Matriculation Board (JAMB) has announced the release of the results for this year’s Unified Tertiary Matriculation Examination (UTME).

The examination body made this known in a statement shared on Saturday afternoon, signed by the head of its public affairs and protocol unit, Fabian Benjamin.

He, however, noted the results are not yet uploaded on its website but can be obtained by the candidates by sending “UTMERESULT” to “55019.”

JAMB said only the number used by the candidates to register for the examination will be eligible for sending such codes.

To check the 2022 Unified Tertiary Matriculation Examination (UTME) result, all a candidate needs to do is to simply send UTMERESULT to 55019 using the same phone number that he/she had used for registration and the result would be returned as a text message. This is the only process of checking the 2022 UTME results for now as the Board has not uploaded it on its website for obvious reasons.

JAMB noted that in line with its desire to adhere to the ease of doing business protocol of the government, it “emplaced this user-friendly and simplified process of checking UTME results.”

Furthermore, this simplified process would also serve to preclude the unconscionable exploitation of candidates by shylock business centres and cybercafes which often take advantage of hapless candidates.

This year’s UTME was conducted across 750 computer-based centres nationwide and held between Friday, May 6, and Friday 13, 2022.