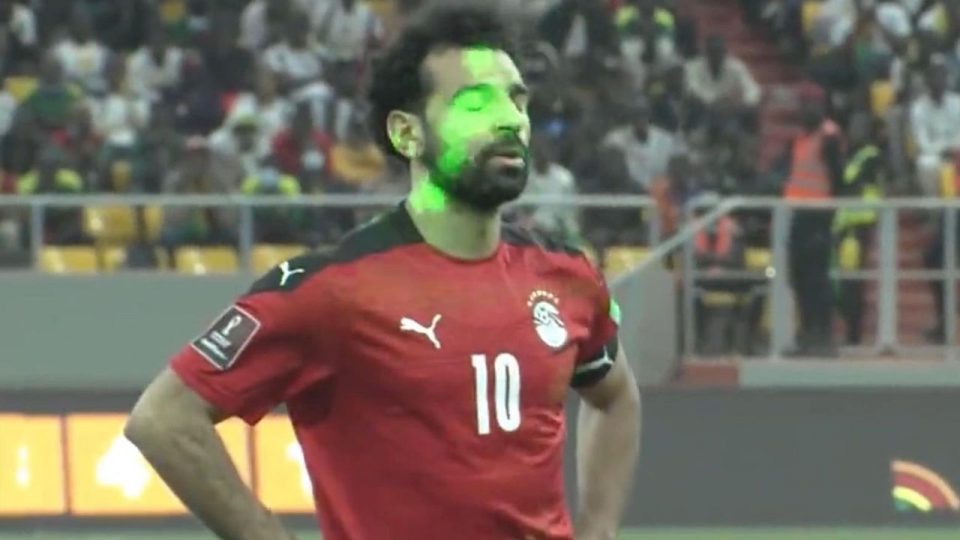 Apart from the fine, FIFA has ordered the 2021 Africa Cup of Nations champions to play one of their home games without spectators.

Earlier in March, Salah stepped up to take a spot-kick against the Teranga Lions but was covered in laser pointers from fans, with the Liverpool star shooting wide from the post, whereas, club teammate, Sadio Mané, converted the decisive goal that saw the home side qualify for the World Cup in Qatar.

In January, Egypt had lost the final of the 33rd AFCON to Senegal after a penalty shootout.

Senegal were also fined for failing to implement safety precautions at the stadium, the display of an inappropriate message, among other offences, which violated Article 16 of FIFA Disciplinary Committee.

Order and security at matches (failure to implement existing safety rules and failure to ensure that law and order are maintained in the stadium, invasion of the field of play, throwing of objects, lighting of fireworks, use of laser pointers and use of objects to transmit a message that is not appropriate for a sports events – offensive banner -).

In a related development, FIFA fined the Democratic Republic of Congo 125,000 Swiss francs ($128,000) for failing to provide “order and security at matches”, and ordered to play a home game behind closed doors.

Female Prison Guard Escapes With Male Inmate In US

Qatar 2022: Beer To Be Sold At World Cup Tournament