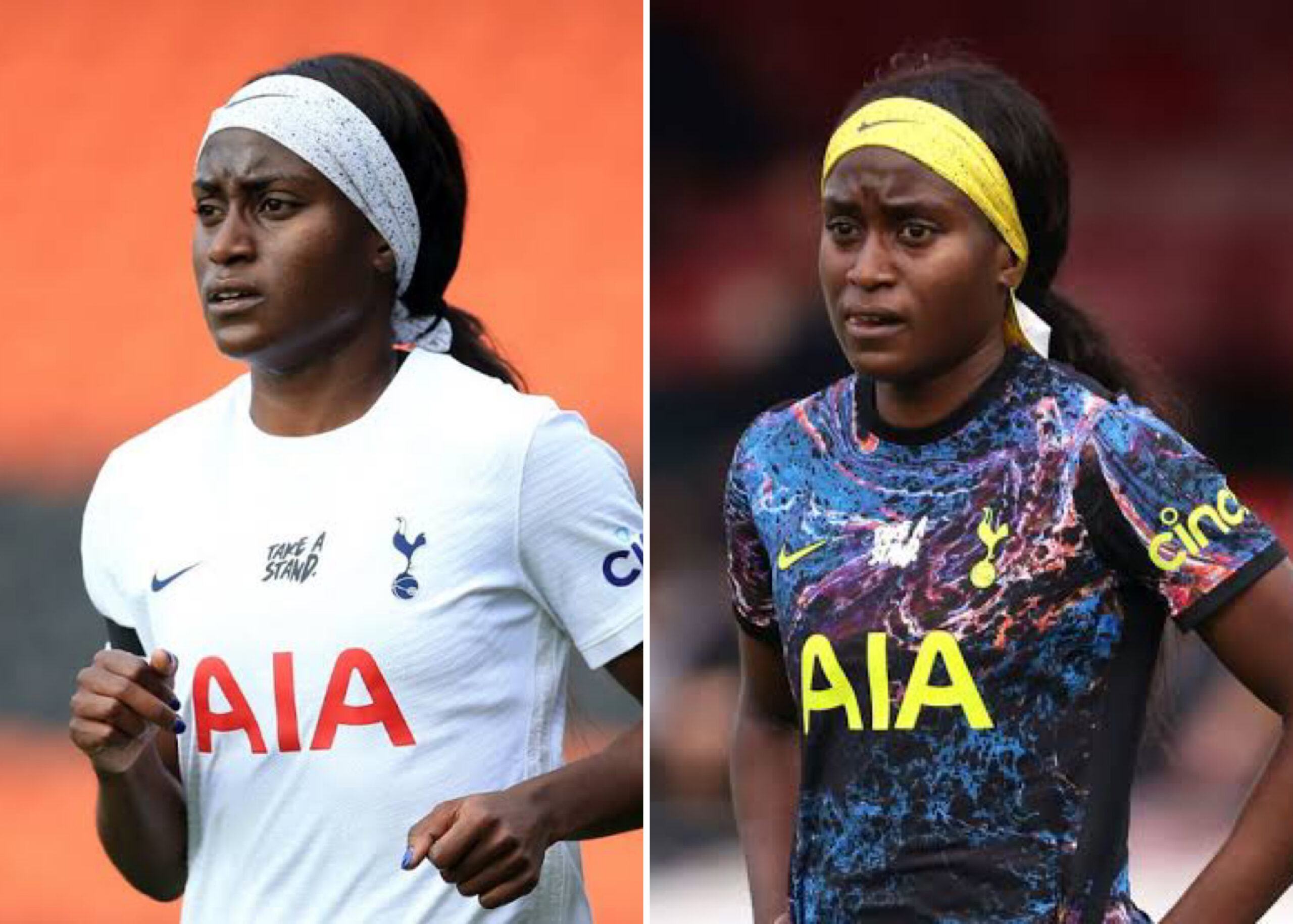 The 29-year-old Tottenham Hotspur striker, capped three times, admitted she had broken rules relating to the presence and use of the banned substance canrenone, a masking agent, which were detected in a urine sample taken in October.

An independent regulatory commission that imposed the suspension — which runs to October this year — accepted Chioma Ubogagu had committed the violations unintentionally.

Tottenham expressed that the banned substance was in medication Ubogagu had been prescribed in the United States to treat acne and had not known it was prohibited.

“I am so sorry to my team-mates and staff that I can’t be out on the pitch,” said Ubogagu in a club statement.

I want to make clear that the medication had no performance-enhancing effects for me, but I still made the mistake of not being as diligent as possible and as a result, I am unable to play the game I love until I serve my suspension.

Ubogagu said it was her “responsibility” to know about the medication she was taking, adding she now hoped to educate other athletes to avoid similar situations.

I am so sorry to my teammates and staff that I can’t be out on the pitch. The club has been fully supportive throughout this entire process, and I am so appreciative of all their help. My faith, family and close friends have helped me immensely in this difficult time. I am eager to be back soon now that this has been resolved.

“Chioma requested a repeat prescription from the club doctor who alerted the relevant bodies, the FA and UK Anti-Doping (UKAD), about the use of a banned substance,” said a Spurs statement.

The FA accepts that Chioma did not take the medication, spironolactone, with a view to intentionally securing an illegal advantage.

Tottenham added Chioma had been unavailable for selection since a provisional suspension imposed in January.