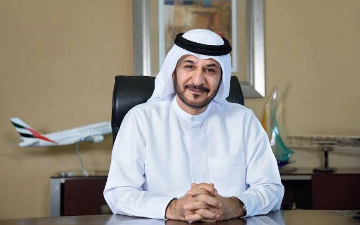 Emirates Airlines, one of the United Arab Emirates (UAE) leading airlines, announced that it will adopt Bitcoin as a payment option for customers looking to fly with the airline, which ranks #5 among the top 20 airlines according to Airline Ratings.

The announcement was made by the company’s chief operating officer (COO), Adel Ahmed Al-Redha, on Friday, May 13, who mentioned that Emirates Airlines, would soon accept “bitcoin as a payment option.”

Ahmed Al-Redha stated that NFT and metaverse are two different approaches, stressing that the airline would utilise blockchain technology to trace aircraft records.

With the metaverse, you will be able to transform your whole processes whether it is in operation, training, sales on the website, or complete experience into a metaverse type application, but more importantly making it interactive.

Al-Redha said Emirates wants to adopt innovative digital technologies such as blockchain, metaverse, and cryptocurrency to engage with consumers in a faster and more flexible manner.

When asked about the state of the aviation industry, Al-Redha noted that the sector had recovered well, as seen by the increased number of passengers.

NCAA Explains Why It Withdrew Frequencies Approval For…