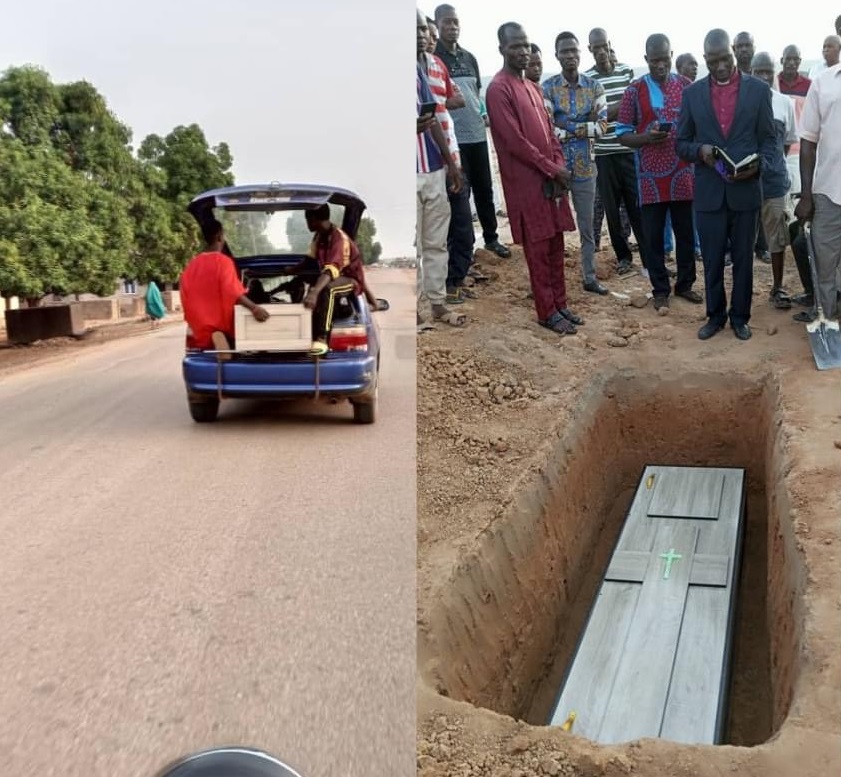 Pastor Emmanuel Maaaji of the First Evangelical Church Winning All (ECWA), Tunga Magajiya, Niger State, made this disclosure on Saturday, May 14.

Her remains arrived in her hamlet, Tunga Magajiya, in the state’s Rijau Local Government Area, for burial.

Maaaji, the pastor in charge of the church in Tunga Magajiya for the deceased’s family, spoke to reporters, about the situation.

The family is insisting that late Deborah Samuel be buried today because they are not happy with the way the government is handling the issue.

Late Samuel’s mother had been comatose since she heard the news on Thursday. The sad news caused a rise in her blood pressure, while the father has been inconsolable, according to the cleric.

He claimed that Samuel’s body was transported on a rented bus.

Maaaji said the person who contacted claimed to be representing the government of Sokoto State; however, he couldn’t recall the individual’s name.

We are preparing for the burial. She will be buried today.

We are all here to give the family support. We will update you on the situation as it goes.

The state chapter of CAN led by Most Rev. Bulus Yohanna, the Catholic Bishop of Kontagora, had condoled the Christian faithful in the state, especially, Rijau Local Government and the family of the late Samuel.

We are deeply sorry to hear about the passing on to glory of our beloved sister, Deborah Samuel. Our deepest sympathy goes out to the entire Christian community in Niger, most especially, the people of Rijau Local Government and her immediate family.