Godwin Emefiele has on Monday sought an order of a Federal High Court, Abuja, restraining the Federal Government from removing him as Governor of Central Bank of Nigeria (CBN) over his presidential ambition, pending the hearing and determination of the substantive matter.

Emefiele, through his counsel, Chief Mike Ozekhome, SAN, also prayed Justice Ahmed Mohammed to stop Independent National Electoral Commission (INEC) from taking any action against him in the bid to contest in the presidential primary by virtue of his office.

The CBN governor made the prayers in an ex-parte motion dated and filed on May, 9 by Ozekhome, seeking an order of maintenance of status quo ante bellum pending the hearing and determination of the substantive suit.

News Agency of Nigeria (NAN) reports that while INEC is the 1st defendant, the Attorney-General of the Federation (AGF) is the 2nd defendant in the suit.

Moving the motion, Ozekhome said though his client had not told him under which political party he would love to contest, the application became necessary in order for the court to determine the constitutionality of his (Emefiele’s) decision.

The plaintiff is a current governor of CBN. He desires to run for the office of president of Nigeria in the election coming up in 2023. But he is in a dilemma whether he can run. Can he run? If he can run, when must he leave office as CBN governor? We want the interpretation of the law as it is today.

Ozekhome argued that Emefiele, by virtue of Section 318 of the 1999 Constitution, is a public servant.

He said that only political appointees are caught with Section 84(12) of the Electoral Act, 2022, which he said had been struck down by a Federal High Court sitting in Umuahia in Abia.

According to him, the matter is currently on appeal and the Court of Appeal has not come up with a decision.

Even if the Court of Appeal upturn that judgment, is the plaintiff a political appointee? Our answer is no.

Ozekhome argued further that Emefiele is only bound by Section 137 which says that a public officer shall resign from office not later than 30 days before election. 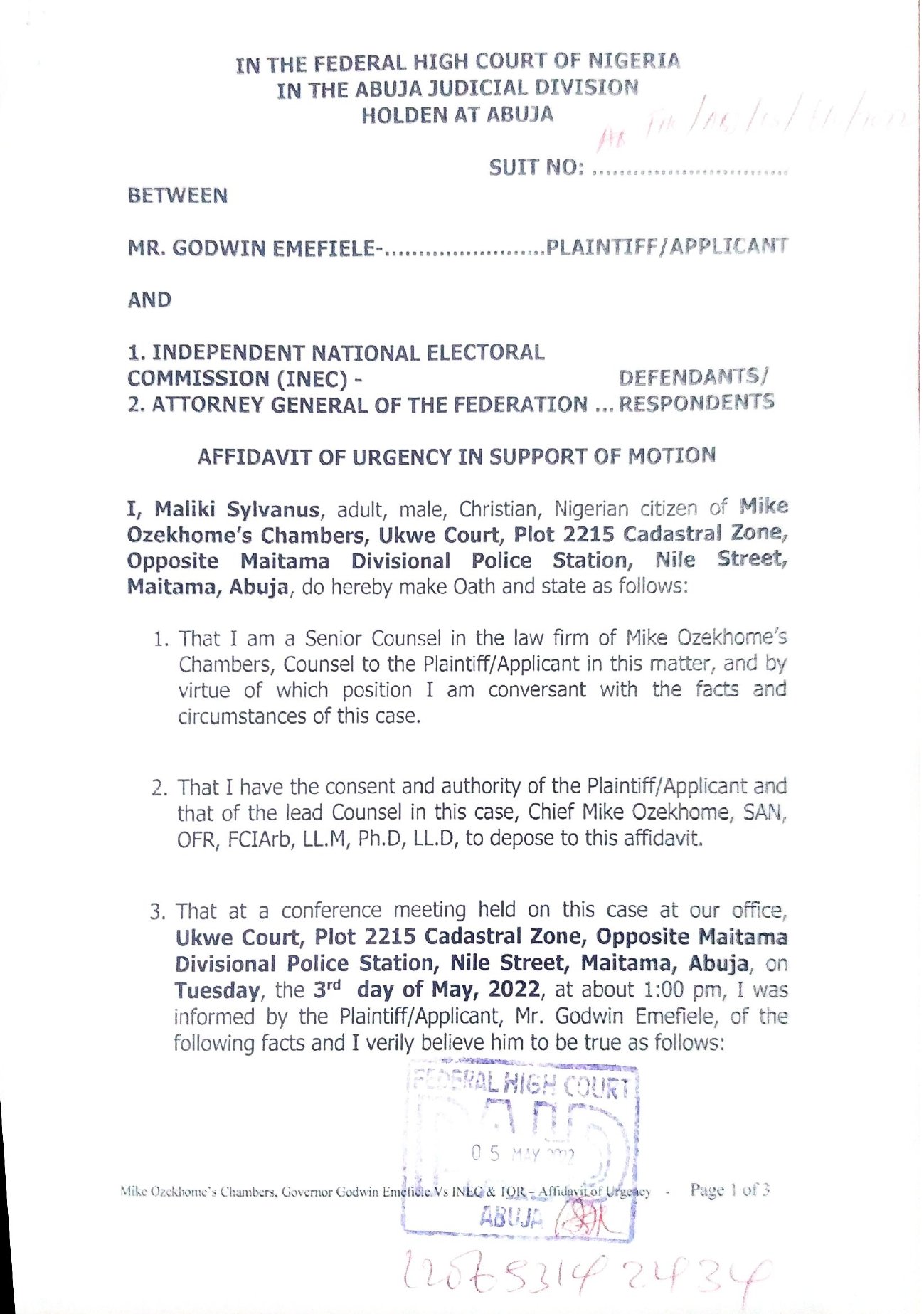 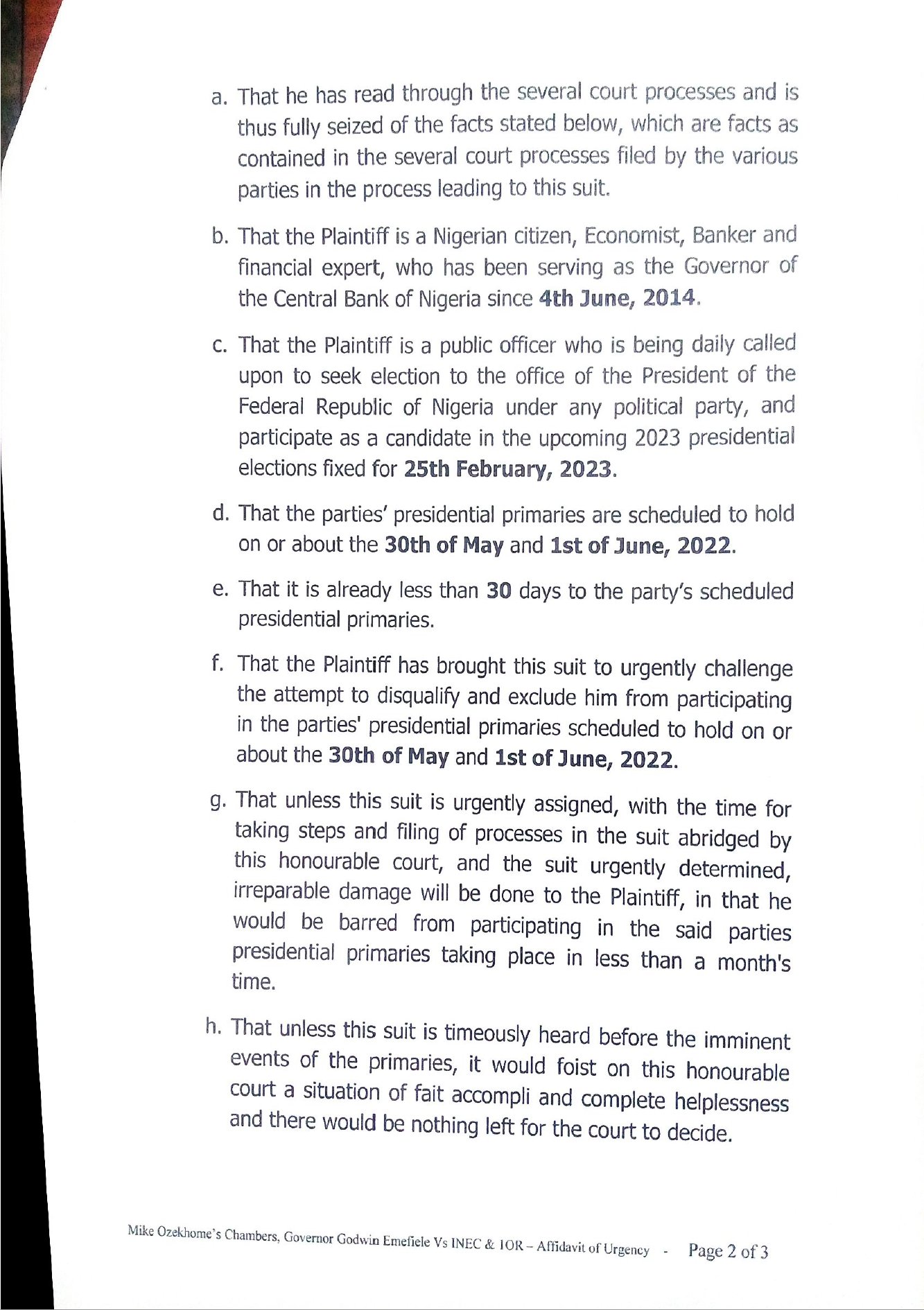 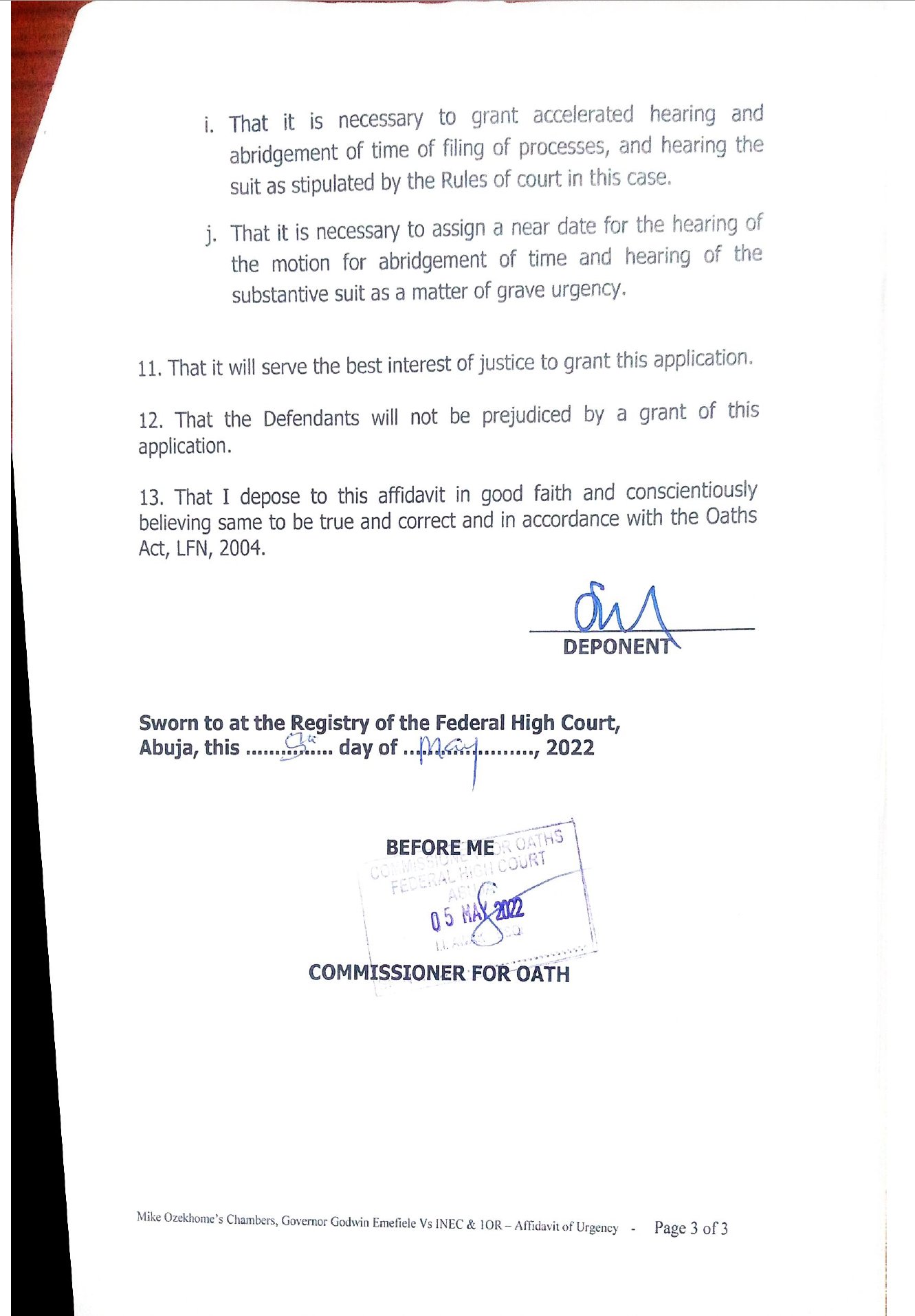 However in his ruling, Justice Mohammed did not grant the motion but adjourned the matter until May 12 for ruling.

The judge made an order directing the INEC and AGF to appear on Thursday by noon why Emefiele’s prayers should not be granted.

He ordered that all the applications, including the ex-parte, filed in the course of the matter be served on all the defendants.

Justice Mohammed also directed that hearing notices be issued to the defendants to appear on the said date to show cause why the prayers should not be granted.