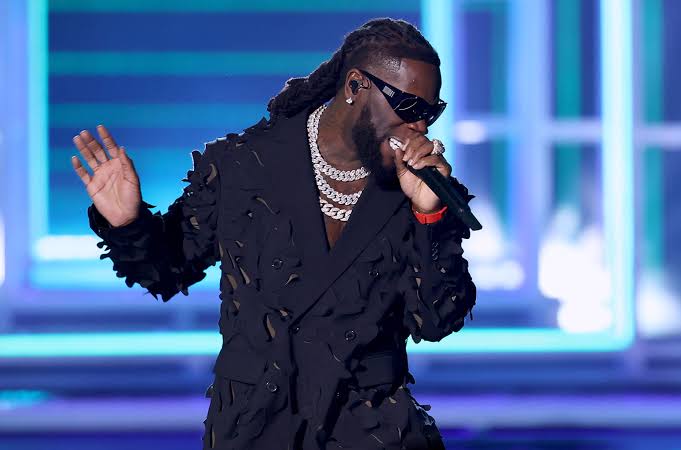 It was another first for the Ye crooner as he also made his debut BBMAs performance, thrilling the crowd to his latest singer, ‘Last Last’.

Last Last, which was released on Friday, was Burna Boy’s first single off his next album, Love Damini.

Burna Boy talked about love and heartbreak in ‘Last Last’, and will release Love, Damini in on July 2 — the same day he turns 31.

In a video shared on Billboard’s official page before the performance, Burna Boy talked about making his debut at the prestigious awards ceremony which held at MGM Grand Garden Arena in Las Vegas.

I’m gonna be turned up. I’m gonna be lit. I know that but I don’t know how it’s gonna turn out because it’s my first Billboard performance.

The Grammy winner confidently strutted and danced around the stage, giving a high-energy, upbeat finish to the BBMAs.

Watch the performance below;

Speaking about the album in an interview with Billboard, Burna Boy stated;

Burna Boy sat down with Billboard’s Heran Mamo during the first-ever Billboard MusicCon in Las Vegas for a panel titled “The Explosion of Afro-Fusion.”

Among other topics, he talked about first falling in love with the idea of performing while watching NSYNC perform with Nelly at the 2002 Grammy Awards.