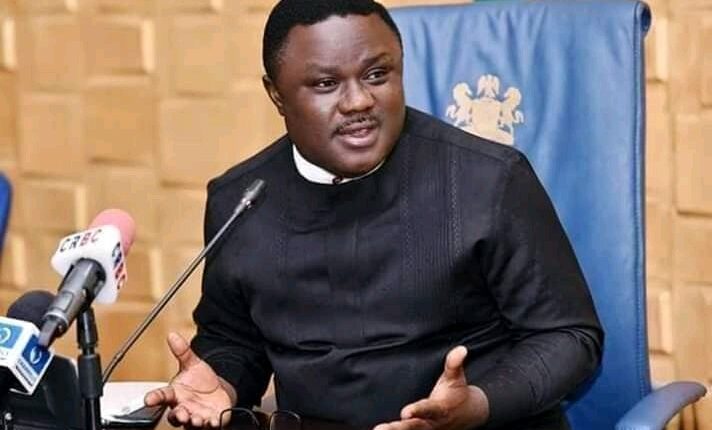 A news report circulating online claimed that Professor Ben Ayade, the incumbent Governor of Cross River state, lost his senatorial bid in the All Progressives Congress when political parties staged primary votes on Saturday, May 28, 2022, ahead of Nigeria’s 2023 national elections.

The publication based its report on the results of the primary “sighted by DAILY POST,”  which showed that “Ayade polled 52 votes to crash out against Adams Cecelia, who scored 140. Another aspirant Martin Orim scored 61 votes.” 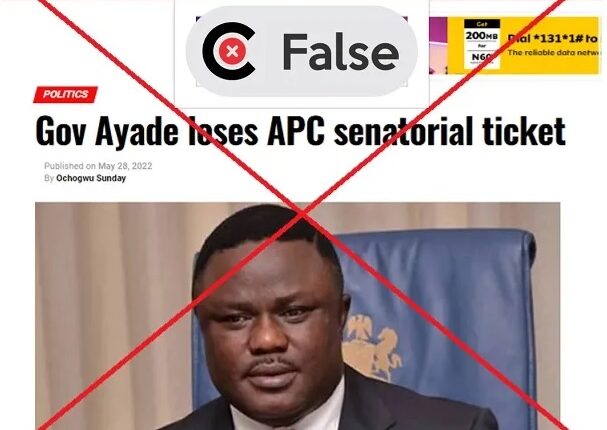 Governor of Cross River State, Ben Ayade, has failed his bid to clinch the ticket of the All Progressives Congress, APC, to compete for the Northern Senatorial District of the state. 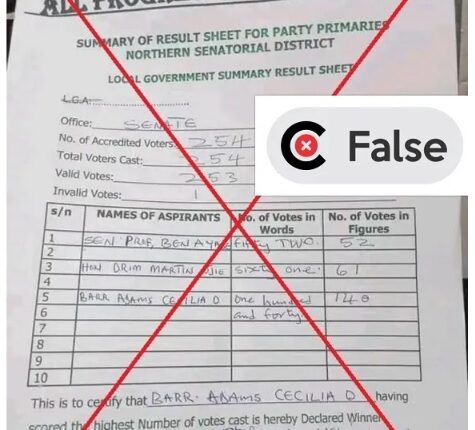 The identical assertion that Ayade lost the Senate primary was made by another online site, Peoples Gazette. 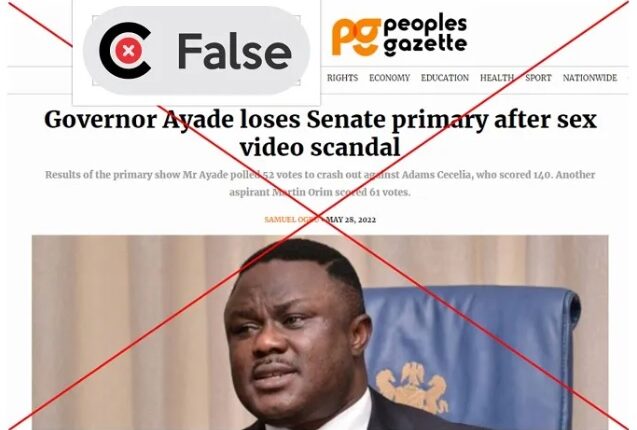 The allegation is mainly FALSE, according to The FactCheckHub‘s findings.

Recall that Ayade had in late April declared to run for President, saying he has received approval from President Muhammadu Buhari.

He then picked up the APC Presidential Nomination form on May 9, 2022.

However, APC presidential primary, which was initially scheduled for May 29-30, has been postponed by the party.

Felix Morka, the APC’s National Publicity Secretary, made the announcement in a statement, hours after the Independent National Electoral Commission (INEC) extended the deadline for political parties to hold primaries.

Following the Independent National Electoral Commission’s extension of deadline for the submission of list of candidates by political parties, the All Progressives Congress (APC) hereby postpones its Special Convention for Presidential Primary from Sunday, 29th-Monday, 30th of May, 2020, to Monday, 6th-Wednesday, 8th of June, 2022.

Additionally, Christian Ita, the Cross River State Governor’s Special Adviser on Media and Publicity, has debunked accusations that his boss ran for senator on the APC platform.

In a statement captioned, ‘Governor Ayade didn’t participate in any senatorial primaries — Aide,’ Ita verified that Ben Ayade, the state governor, is a presidential candidate in the APC presidential convention, which is set for June 6.

We make bold to say that the so-called parallel primary election as contained in the said video was at best a poorly scripted skit comedy shot by three persons sitting in a room.

Ita added that the video was a handiwork of political desperadoes who were out to embarrass the governor.

We wish to assure APC members and supporters, particularly in northern Cross River, that there were no parallel senatorial primaries in the district

In essence, there is no public record of Ayade receiving the party’s senatorial nomination form or participating in the party’s Senate primary.