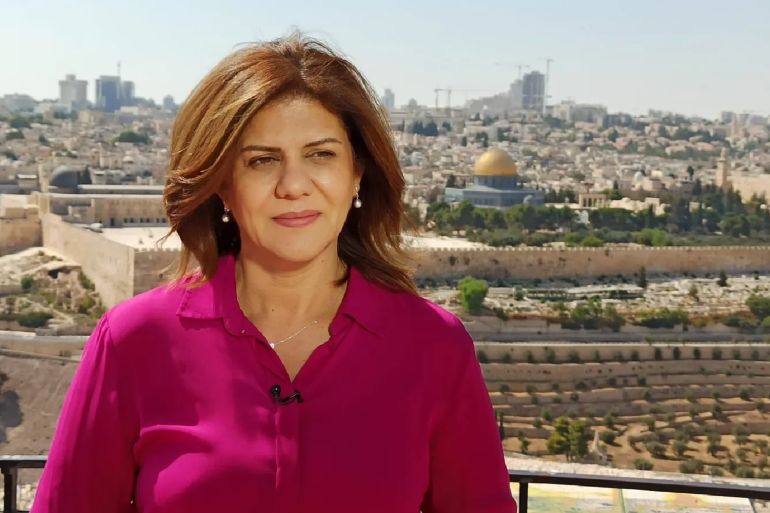 Sherine Abu Akleh, an Al Jazeera journalist, has been reportedly killed while covering an Israeli raid in the occupied West Bank town of Jenin, a Palestinian city, in the early hours of Wednesday.

The 51-year-old journalist, who was born in Jerusalem began working for Al Jazeera in 1997 and had reported on-camera from across the Palestinian territories.

The journalist, who was fully kitted in a protective press vest, was said to have been shot in the head by Israeli forces.

in video footage of the incident, Abu Akleh can be seen wearing a blue flak jacket clearly marked with the word “PRESS.”

According to Al Jazeera, the circumstances surrounding Akleh’s death is yet unclear but videos of the incident show that she was shot in the head.

Al-Jazeera also called on the international community to hold the Israeli occupation forces accountable for their “intentional targeting and killing” of the journalist.

What we know for now is that the Palestinian Health Ministry has announced her death. Shireen Abu Akleh, was covering the events unfolding in Jenin, specifically an Israeli raid on the city, which is north of the occupied West Bank, when she was hit by a bullet to the head.

Ali al-Samodi, another journalist, who reports for Jerusalem-based Quds newspaper, was injured by a bullet.

Giles Trendle, Al Jazeera’s managing director, said that the network was “shocked and saddened” by the killing of Al Jazeera journalist Shireen Abu Akleh by Israeli occupation forces and calls for a transparent investigation https://t.co/OH8yck0B4v pic.twitter.com/NFzzma9hyp

Reacting to the death of Akleh’s on Twitter, the Israeli military confirmed that there was a raid at the West Bank, adding that the forces are investigating if journalists were shot during the clash with Palestinian gunmen.

Israeli military revealed that its forces came under attack with heavy gunfire and explosives while operating in Jenin, and that they fired back.

Yair Lapid, Israel’s foreign minister, said it had proposed a joint investigation into the death of the reporter, noting that journalists must be protected at all cost.

We have offered the Palestinians a joint pathological investigation into the sad death of journalist Shireen Abu Aqla. Journalists must be protected in conflict zones and we all have a responsibility to get to the truth.

Israel’s security forces will continue to operate wherever necessary to prevent terrorism and the murder of Israelis.

Israel has carried out near-daily raids in the occupied West Bank in recent weeks amid a series of deadly attacks inside Israel, many of them carried out by Palestinians from in and around Jenin.

The town, and particularly its refugee camp, has long been known as a militant bastion.

Israel has built more than 130 settlements across the West Bank that are home to nearly 500,000 Jewish settlers, who have full Israeli citizenship.