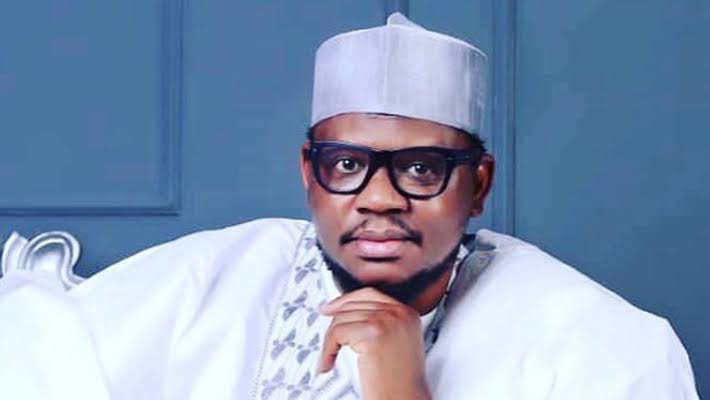 Briefing newsmen on Tuesday in Abuja, Garba said he withdrew from the race due to the high cost of obtaining APC expression of interest and nomination forms for presidency and the cost of running for political office.

Garba in a statement released on Tuesday via his Twitter page stated that though he had withdrawn from the exercise, it won’t be the end of his quest to govern Nigeria someday.

Garba said his decision not to obtain APC presidential form followed due consultation with his campaign team, which, he said, had generated N83.2 million in private and online donations.

Our generation should not set an example as part of the people that supported the financialization/commercialization of our political space, especially the public office, considering the high cost of the nomination forms. The highest in the world. We believe this action is capable of over-financializing our political space, institutionalizing vote-buying, encouraging corruption, and complete obliteration the youth and the poor from participation.

When we raised this concern on several media fora, the party, however, believed the high cost of form will separate the serious contenders from unserious ones. This goes contrary to our belief that you can only separate serious contenders from unserious ones by the competency, capacity,
credibility, strength of the program, workable solutions, and sellable candidate to Nigeria through rapid intraparty debates and other high-level criteria reviews that can ensure we present a better leader for future for Nigeria.

We sincerely, immensely, and graciously thank everyone for these wonderful contributions and donations, including those who made theirs anonymously.

We, however, request that all those who donated online and who require a refund send an email with evidence of payment on the attached document to assure you of a complete refund upon request.

We, however, request that all those who donated online and who require a refund send an email with evidence of payment to adamugarba@adamugarba.org. I assure you of a complete refund upon request. https://t.co/i8RuD1H6NO

He admonished the APC to improve its democratic credentials by charging reasonable amounts for its forms. 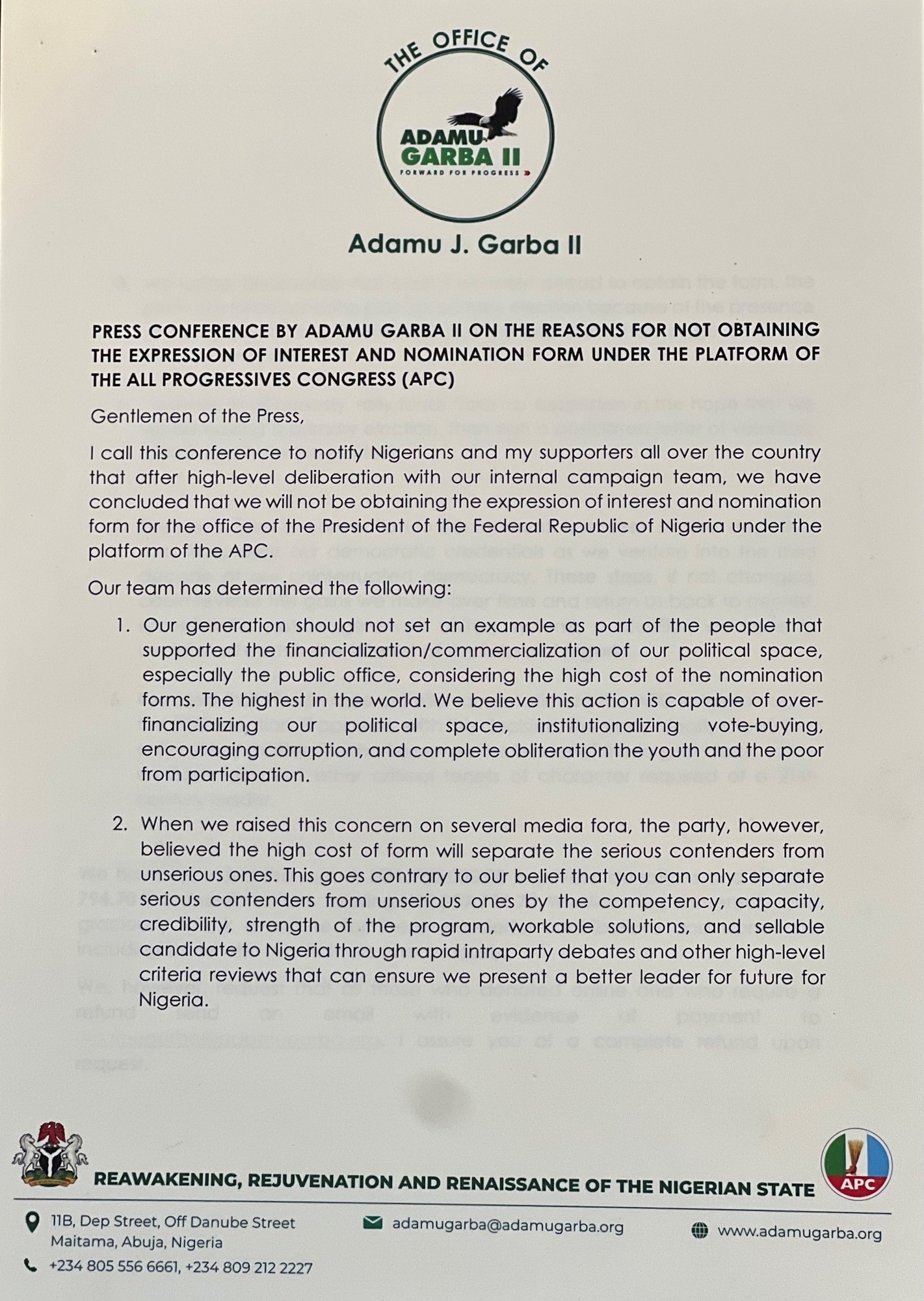 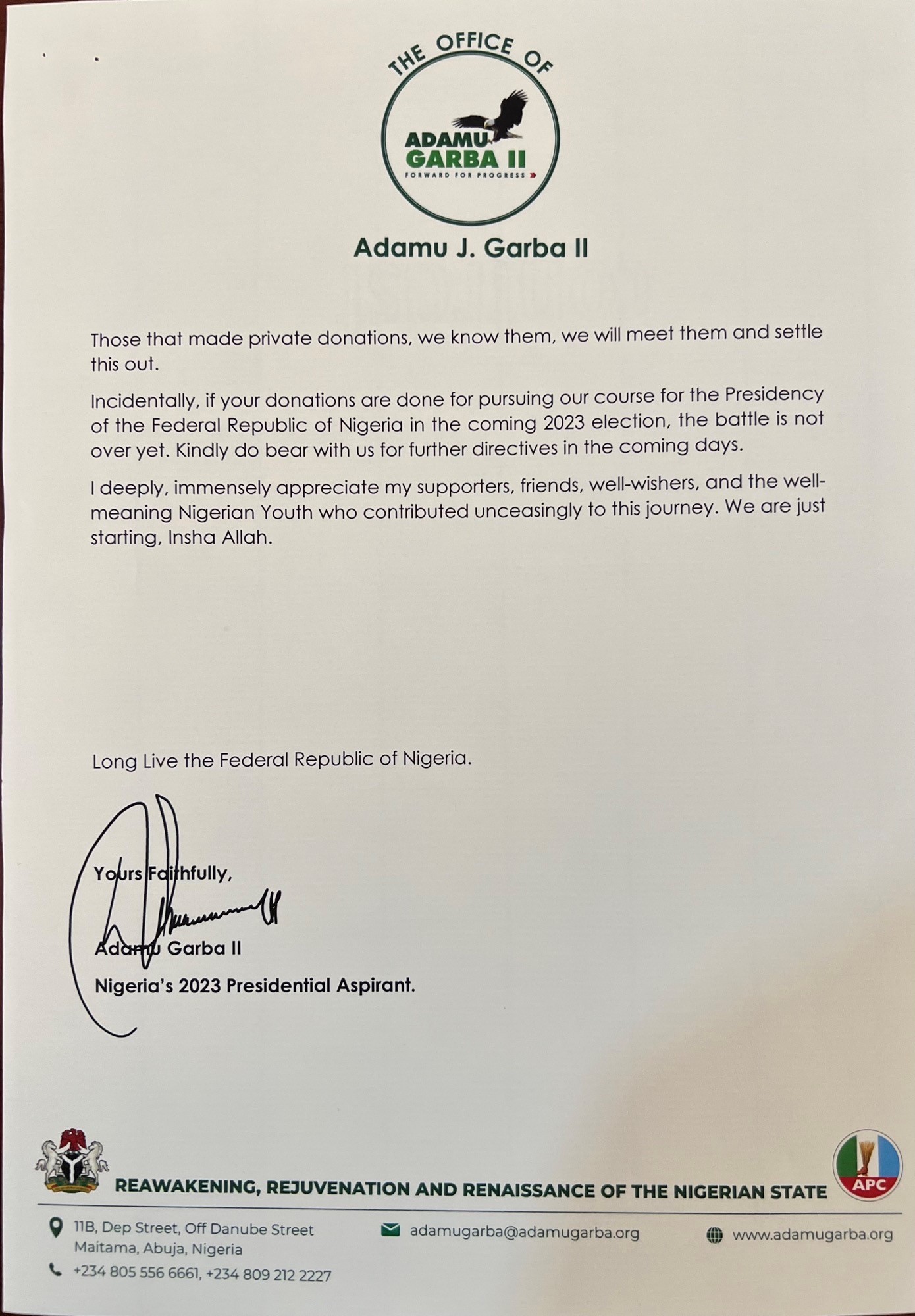 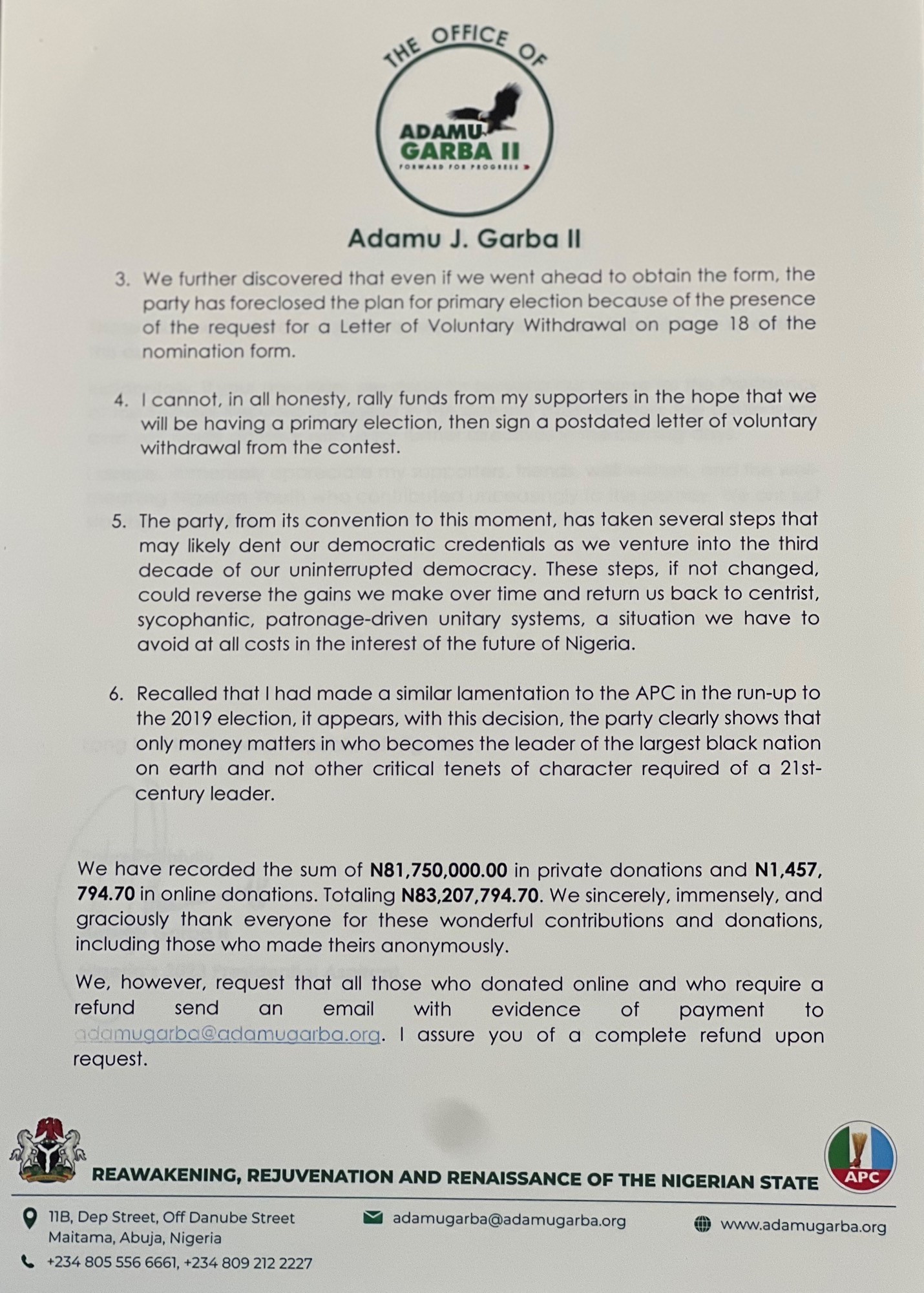 APC Extends Sale Of Nomination Forms To May 10