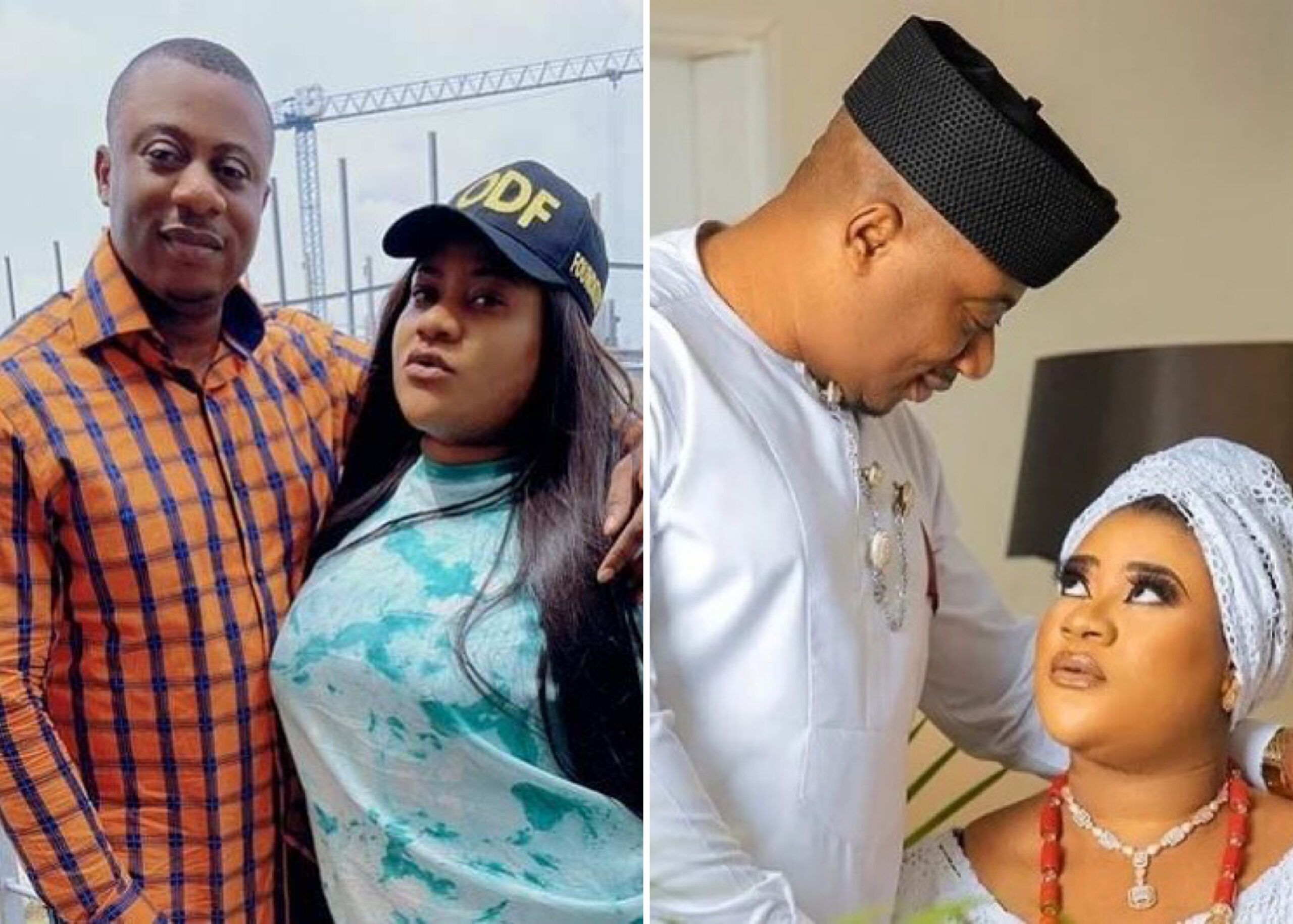 Opeyemi Falegan, the husband of actress, Nkechi Blessing Sunday, has revealed that his marriage to the actress has ended.

Falegan, who said this during a live on his Instagram page said that he has a name to protect and doesn’t want it enmeshed with any controversy.

I don’t want to be known for any notoriety or anything controversial. I have a name. My name is my pride. I want to be known as someone who has added value to people, who will keep doing the work for people. I have a name that I’m trying to protect here. Anything little thing, husband of… Where did you see the husband?

Reports had made the rounds that her marriage to the politician had crashed over infidelity allegations.

There have been also rumors of Nkechi Blessing Sunday being a lesbian.

Reacting on Wednesday night, the film star ranted on Instagram live, expressing her rage and hurling expletives at her man.

The actress later shared a post on her Instastory where she denied being dumped, adding that she walked away.

A hardworking woman deserves a man who can support her. I cannot be smiling in penury. If you cannot support your woman, what are you there for? You have no job, yet you want to marry Nkechi Blessing. A lady sent a message to a blog saying honourable has built a house for me and I left him. He should post the receipt of him giving me money. I built it with my sweat, charging N2.5 million monthly for Influencing.

He used a fake page to DM a blogger, making false claims. Men don’t leave me. I dump them when I’m tired. I cover your secrets. He’ll be on live video all day and people start asking what kind of man I’m dating.

People begged me not to do this. I said I’m not doing anymore and you cause problems. What is your problem? What do you want from me? I’ve left you for how many weeks but you go and form a gist about [Mike] Adeyemi. Adeyemi and I decided to go our separate ways. I’ve met people. I’m a woman. I have no explanation to give you.

Blessing and Falegan confirmed their marriage in June 2021 after they shared lovey-dovey photos on social media.

A perusal of Falegan’s page, at the time of this report, revealed no comment from the politician about the ruckus.

In Blessing’s Instastory, as of when this report was filed, were messages from fans wooing her on her single status.