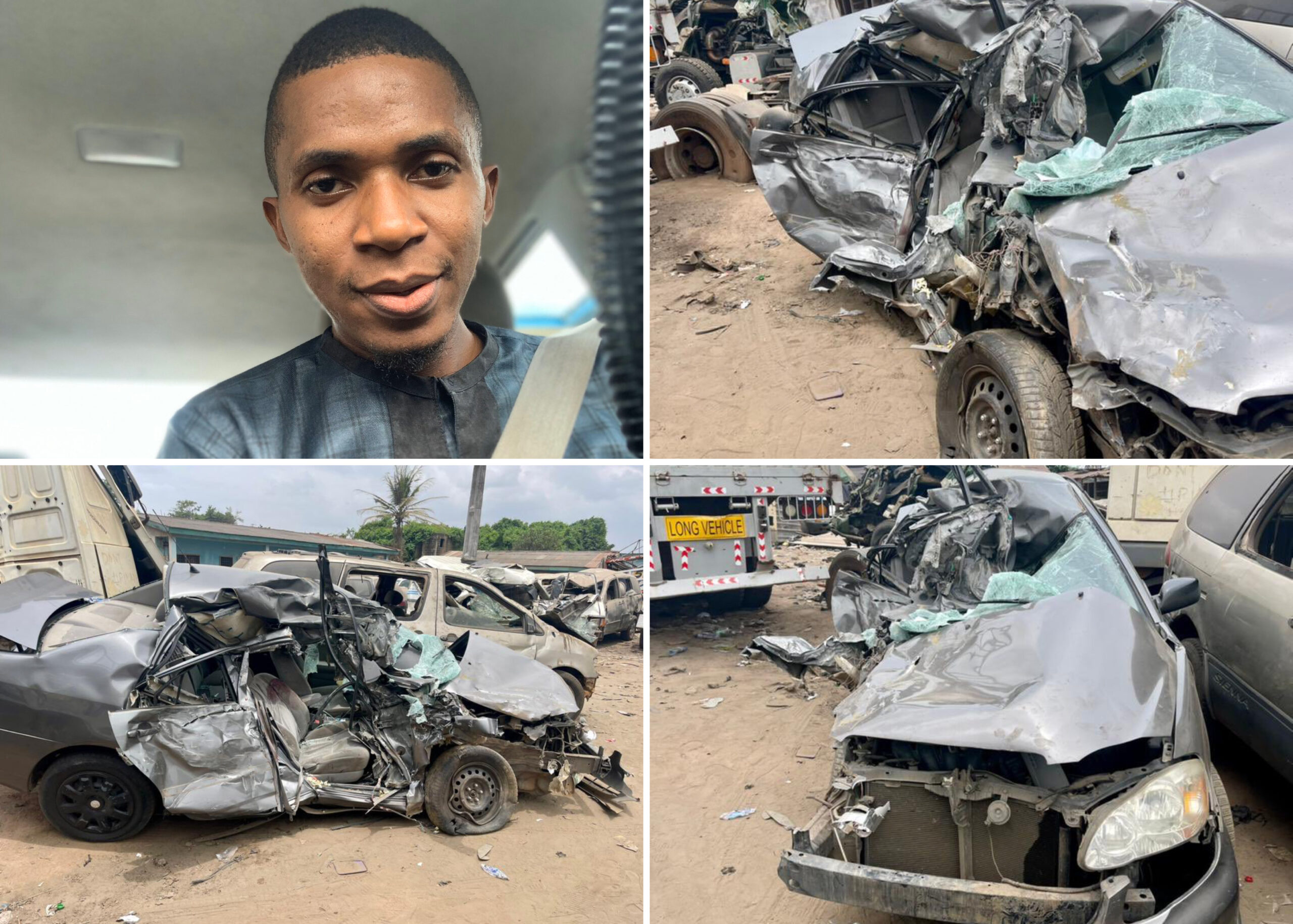 A Nigerian man identified as Toyosi Olufade has taken to his Twitter handle to express his sadness after losing his fiancee and his car in a fatal accident in March this year.

Posting photos of his damaged car, the man recounted how he survived the ghastly accident at Tollgate in Ibadan on March 22 but couldn’t save his fiancée.

Lost my fiancée who was beside me in this incident (while I drove) one month ago at Tollgate Ibadan. I honestly lost a treasure.

Dropping this right here because I will refer back to this incident for good in pic.twitter.com/meAO72zcAh

He revealed how an individual who jumped from nowhere to the road made them run into a trailer, causing the accident.

To the person who jumped from nowhere to the express and made us run into a trailer, God sees you even tho you escaped (you can’t run from God).

The Twitter user recounted how government officials whom he interfaced with during and after the accident, disappointed him in the discharge of their duties.

Olufade also mentioned that people seized the opportunity to steal from them after the accident.

To FRSC officials who arrived at the incident with no first-aid till she gave up beside me while we were transited to the far located hospital and to ppl who took advantage of the situation to rob the accident car and steal while our lives were been fought for, thank u so much.

He slammed men of the Nigerian Police Force for attempting to rip him off after failing to discharge their duties accordingly.

To the Nigerian Police who didn’t do the needful but was waiting for me to recover and still come to pay a huge some of money before I could retrieve the already damaged and write off car, thank you also.

According to Olufade, God saved him for a reason because he came out of the ghastly accident unscathed, with just minor injured, pains and a big loss.

It is still not the end yet cos God has saved me for a reason I’m figuring out. No broken bones. No internal bleeding. Just some injuries, pains and a big loss.

Can’t wait to honor you with so much success and manifestations JOKE. This situation has changed my entire life but all will be well at the end.

Only Fans Model Charged With Murdering Nigerian Partner In Miami