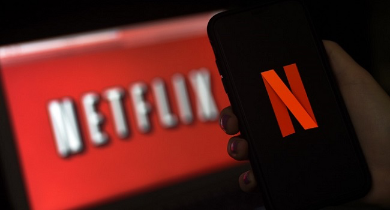 Streaming giant, Netflix has for the first time in more than 10 years recorded the biggest loss of subscribers.

According to the company’s announcement on Tuesday, the streaming service lost 200,000 customers in the first three months of the year, and it forecasts even bigger trouble ahead.

By Netflix’s estimates, it could lose up to 2 million subscribers in the upcoming second quarter — owing to the increase in subscription tariff and the fact that Netflix is working on a feature to curb password sharing.

The streaming service in a letter to shareholders on Tuesday stated;

Our revenue growth has slowed considerably. Streaming is winning over linear, as we predicted and Netflix titles are very popular globally. However, our relatively high household penetration — when including the large number of households sharing accounts — combined with competition, is creating revenue growth headwinds.

In January, Netflix reported its first monthly subscription increase in two years, but the latest earnings reports show the company is facing challenges in retaining existing customers as well as attracting new ones, even though it is still the largest streamer in the world with around 222 million subscribers.

Netflix said it lost 600,000 customers in the US and Canada this quarter. The data for Indian customers as well as those elsewhere, however, is not revealed in the report.

The loss of subscribers can also be attributed to the suspension in Russia over the ongoing Ukraine crisis, which, according to the company, was responsible for the loss of 700,000 subscribers.

The falls occurred when the company boosted pricing in major regions such as the United States and the United Kingdom while exiting Russia.

However, Netflix has warned that more losses are on the way, and it has signaled that as it rushes to sign up new subscribers, it will begin to tighten down on account sharing.

In March, Netflix introduced two new paid sharing features in at least three markets as a part of its efforts to stop password sharing between different households.

Netflix estimates that there are over 100 million households using another household’s account — something Netflix sees as a roadblock to its growth after so many years.

And, with many people feeling the pinch of the cost of living, Netflix’s future, which looked so promising only a few months ago, suddenly appears to be in jeopardy.