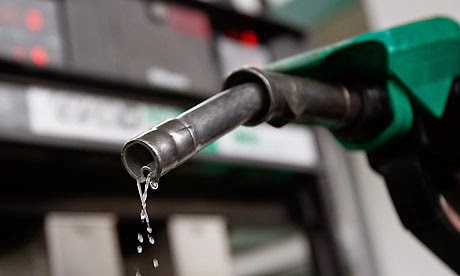 National Assembly has passed amendments to the 2022 Appropriation Act which raised the subsidy on Premium Motor Spirit (PMS) better known as petrol from N3.557tn to N4tn.

The Senate and House of Representatives approved the President’s request after considering reports from their committees on finance.

Buhari asked both chambers to approve an increase in the estimated provision for 2022 subsidy for Premium Motor Spirit (PMS), also called petrol, by N3.557 trillion, from N442.72 billion to N4 trillion.

Senate had on Wednesday said it would today pass the revised 2022 fiscal framework before adjourning on the Easter break.

Part of the revised fiscal framework is the request for approval for an increase in fuel subsidy.

The requests were stated in separate letters sent to the two chambers.

The Senate Leader, Yahaya Abdullahi, who moved a motion for the report to be stepped down, explained that its deferred consideration till Thursday, April 14, 2022, would allow lawmakers to make their inputs.

President Buhari had in the letter dated April 5, 2022, requested the Senate to adjust the 2022 fiscal framework.

He said doing so became necessary in view of new developments in both the global and domestic economies.

According to him, the developments were occasioned by spikes in the market price of crude oil, which were a fallout of the Russian-Ukraine war.

He, therefore, requested the upper chamber to approve an increase in the oil benchmark by US$11 per barrel, from US$62 per barrel to US$73 per barrel.

President Buhari underscored the need for a cut in the provision for Federally-funded upstream projects being implemented by N200 billion, from N352.80 billion to N152.80 billion.

He proposed an increase in the projection for Nigerian Government Independent Revenue by N400 billion; and an additional provision of N182.45 billion to cater for the needs of the Nigeria Police Force.

‘I Am Pleased With Nigerian Youths That Are…