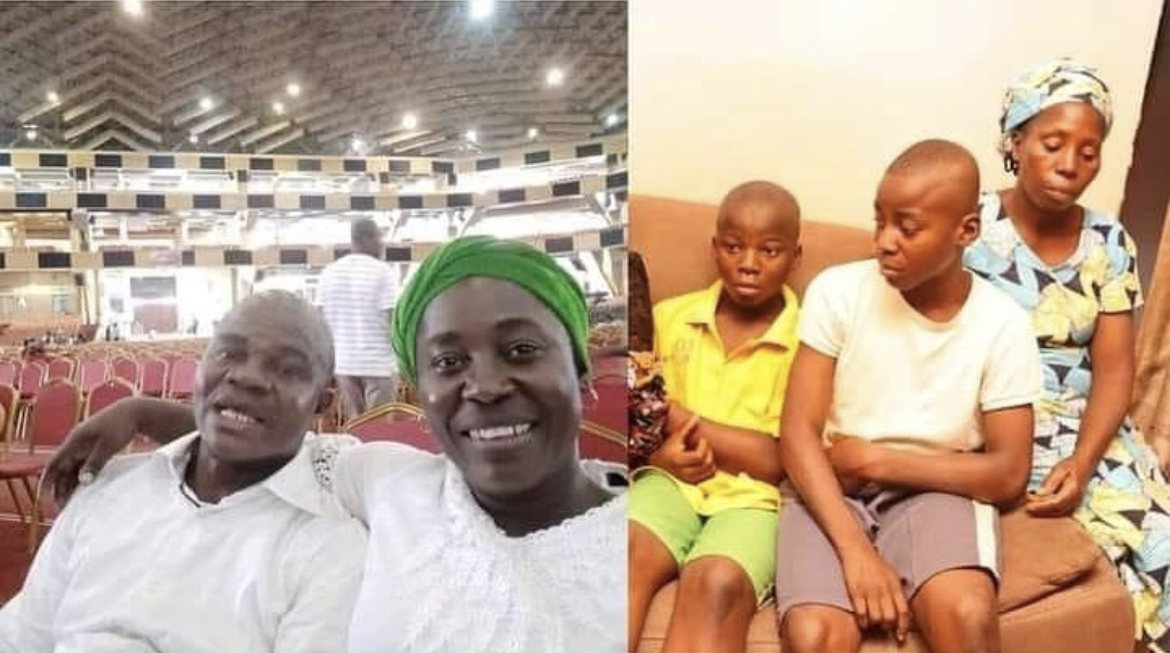 First son of late gospel singer, Osinachi
Nwachukwu, said their father taught them that it was good to beat and maltreat women.

The deceased’s friend, Ene Ogbe Nevic, during a
visit to the children at their house, said the alleged
killer of Osinachi who also doubled as her husband, Peter Nwachukwu, had badly polluted the minds of the children.

She said while conversing with the children, they explained that their father always treated their mother badly and even took possession of the cars that people gave to her.

The boys further said his father pushed his mother out of one of the cars and forced her to walk back home after a Wednesday church service even though the cars belonged to her.

Ogbe said she immediately corrected the children so as to disabuse their minds from what their father taught them.

I had a chat with the first born and I almost started crying again. This boy told me the ordeal his mom has been going thru with his dad, how he beats her up in any little argument, he said anti my dad pushed my mom out of the car at night after wed service and bad boys snatched my mom bag that night how mom got home that night i cnt tell cos dad left her.

People dashed my mom this two cars (pointed at them for me to see) but dad at times will say my mom shuld take bike while we go in the car, even when we are coming back from church my mom will stand under the sun and we will drive and pass her and we will wave at her, my dad told us that beating women is good.

I had to cut in the conversation and i told him is very very wrong to beat a woman and that God is against it and i really talk sense into him.. He said they are happy that their dad was arrested becos he shout beat them up too. The second born sang for us too he has a golden voice like the mom.. The first said my mom always keep quiet for my daddy and she always forgive and now she has died and i told him not to worry as his mom is in heaven!!! May the soul of our beloved sister rest in peace and may God take care of her four kids she left behind Amen!! 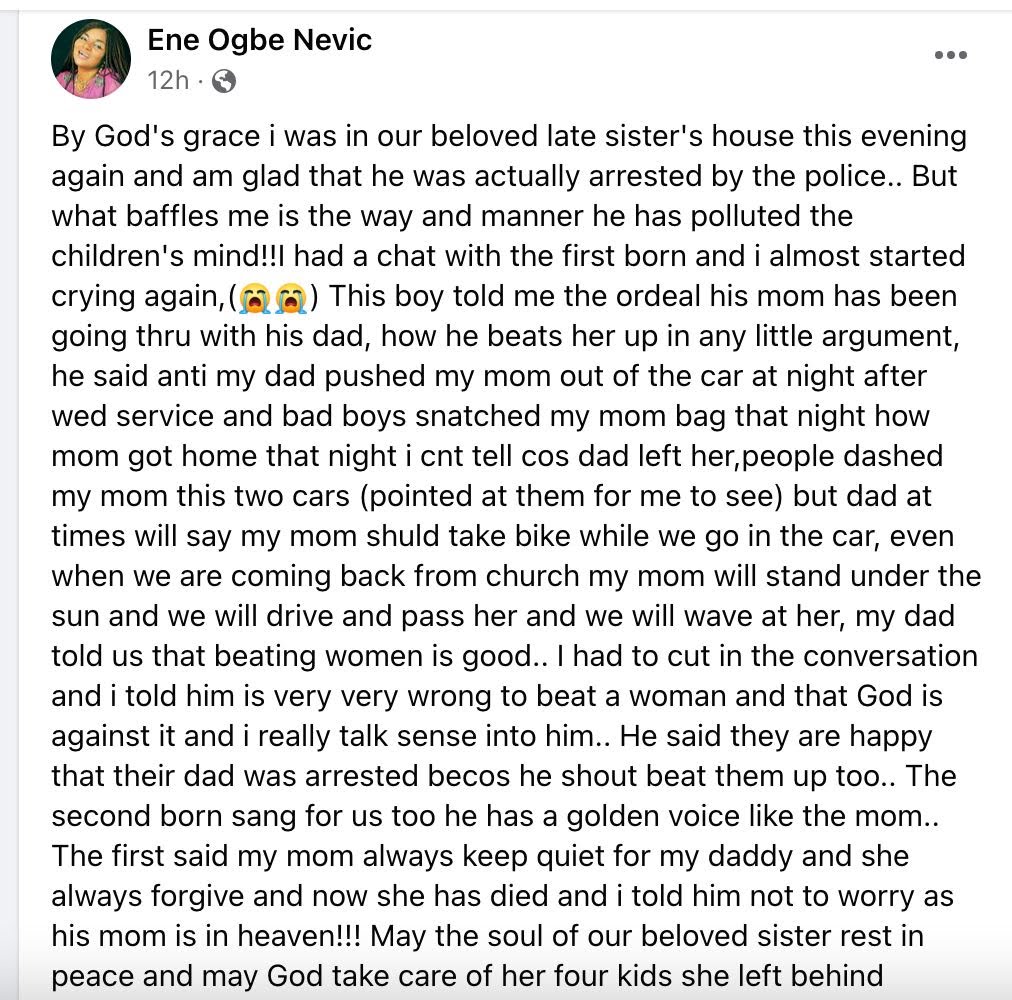 Some reports had said the singer died in the hospital after suffering from domestic violence from her husband.

Osinachi’s sister, who is the first daughter of the family and was identified as Ms Favor Made, confirmed the reports on Sunday, saying that Osinachi died as a result of a cluster of blood in the chest.

She said the late suffered from a blood clot after the kicking she received from her husband, Peter Nwachukwu.

The alleged suspect has since been arrested for physical abuse allegations against him.