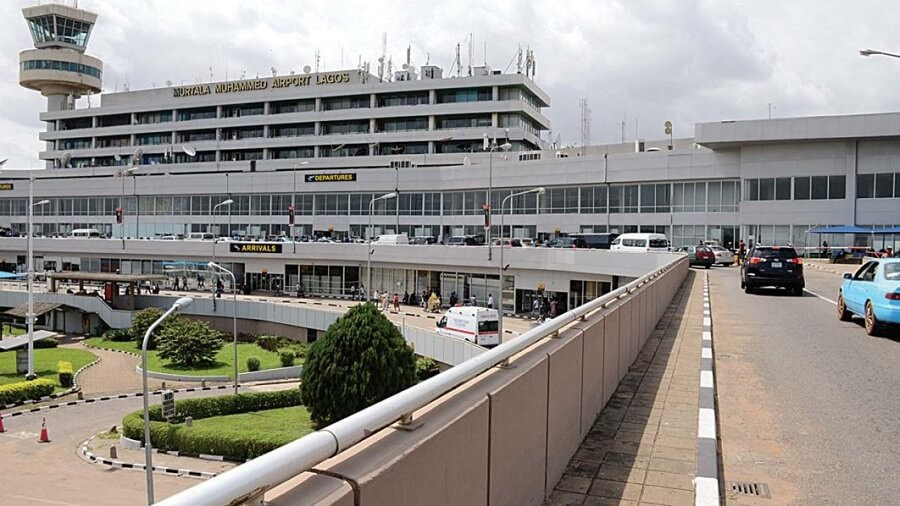 Many passengers were stranded after power outage hit a section of the Lagos especially the departure lounge of the International Airport, Lagos on Friday night.

Watch the power outage video below;

Lagos Airport In Darkness Due To Power Outage

The departure lounge of the Murtala Muhammed International Airport, Lagos, was thrown into darkness in the early hours of Saturday as a power outage occurred. pic.twitter.com/0brVE9OPHK

FAAN wishes to apologise to passengers and other airport users that witnessed a temporary power outage at the Murtala Muhammed International Airport, Lagos, at about 2315hours yesterday, April 1, 2022.

The outage, which was as a result of yesterday’s rain, that came with very fierce winds and storms, a natural occurrence, affected one of our feeders, and consequently resulted in the temporary disruption of power supply at the D wing of the airport.

However, our engineers quickly discovered the fault, and liaised with the Ejigbo duty/area control office of the Power Holding Company of Nigeria and together resolved the problem. Normalcy has since been restored at the affected area. 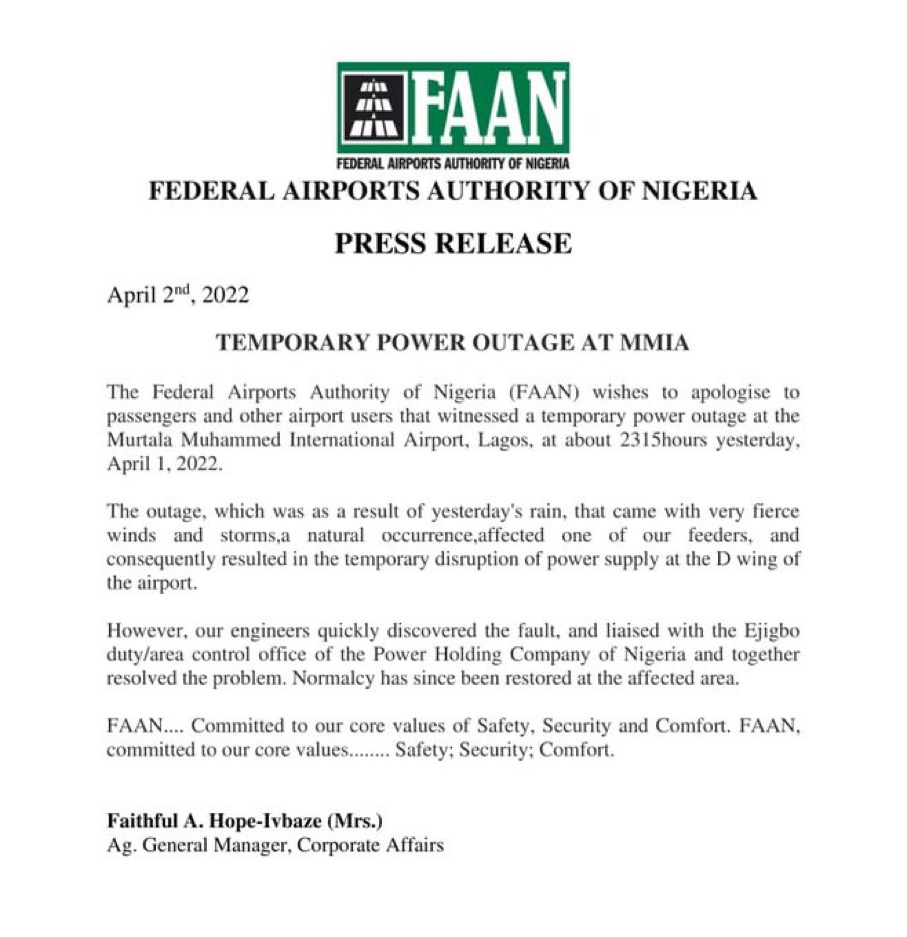