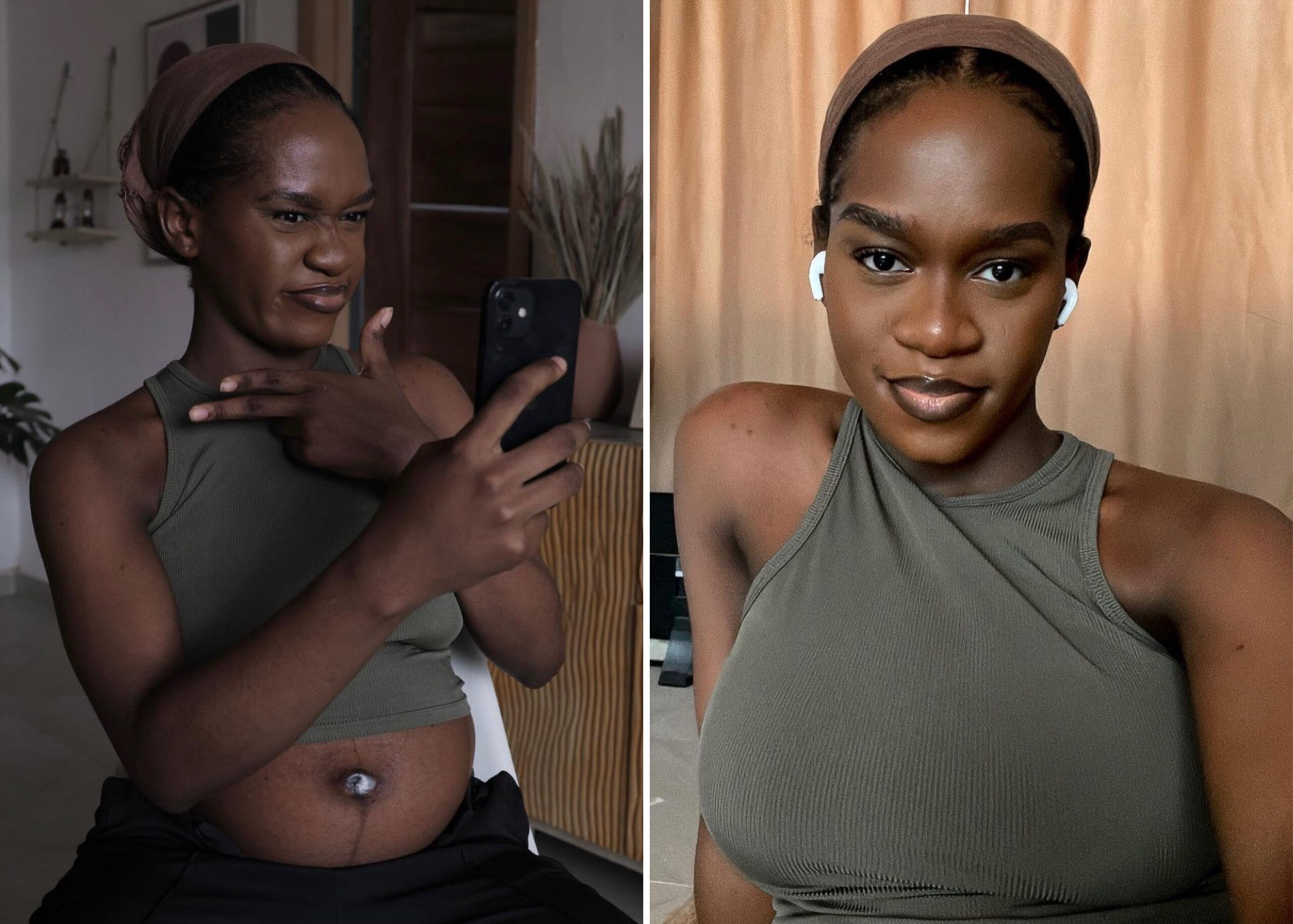 Comedienne, Gloria Oloruntobi-Mensah better known as Maraji, has on Thursday, April 21 announced the birth of her child – a baby boy.

Taking to her Instagram page this morning, she revealed his name as ‘Jayden Mensah’ and his date of birth being today.

Recall that back in December 2021, Maraji showed off her wedding ring and baby bump in a dance video she shared on her Instagram page, sparking excitement among fans.

Many celebrities and fans to the comment section of the post to express their shock and also congratulate her.

She later revealed that she got married the same man who broke her heart and made her weep on social media two years ago.

It would be recalled that in September 2020, Maraji broke down on social media as she recounted how her partner dumped her.

Read Also: ‘My Boyfriend Of Two Years Dumped Me, He Likes Someone Else’ – Comedian Maraji Tearfully Speaks On Heartbreak Ordeal (Video)

Maraji had disclosed that the relationship coming to an end adversely affected her but that her friends were extremely supportive through the painful period.

She went to reveal that the reason she decided to share this part of herself is because a lot of people believe social media is only meant to share the happy side of your life.

Maraji is a Nigerian comedienne who hails from Edo state. She has gained prominence around the country for her hilarious skits. She holds a bachelor’s degree in International Relations from Covenant University.