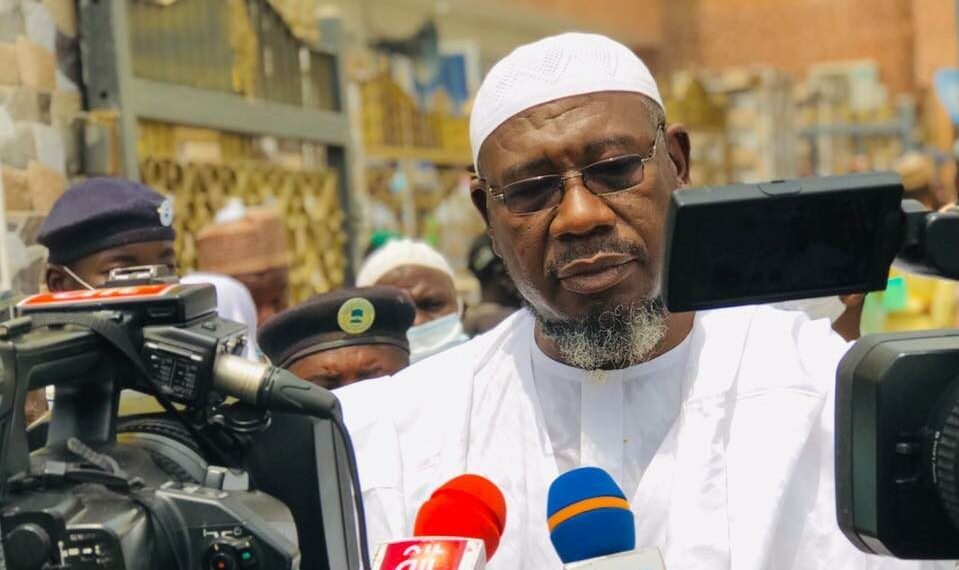 Former Imam of Apo legislative quarters Mosque, Nuru Khalid, who was sacked for criticising Buhari’s administration has secured a new appointment at a mosque in Abuja.

A committee of a new mosque at CBN quarters has appointed the cleric as its Imam of Juma’a, BBC Hausa service said.

In a short video clip obtained by BBC Hausa service, Mr Khalid announced that he will be leading a congregational prayer at a new Juma’a mosque behind the Central Bank of Nigeria, CBN Quarters, in Abuja.

My sack is a reflection of how Nigeria is today. Many people are hiding under the cover of religion to perpetrate all manner of unwholesome acts. Such people would stop at nothing to take away people like me. This is the price we pay for aligning with the people and identifying with their sufferings.

By the Grace of Almighty Allah, I will be leading my new congregation this Friday, because as clerics we need a platform to operate. There’s a Jum’mat mosque we built behind the Central Bank of Nigeria, CBN Quarters, in Abuja; I will now be leading the congregation there.

Mr Khalid drew the irk of his former employer at the mosque at Apo Legislative Quarters when he criticised the administration of President Muhammadu Buhari for the worsening insecurity across the country.

In the sermon, the cleric, who was lamenting the security situation and disregard for human lives, said the high level of insecurity in the country is because of the collective failure of the country’s leaders, especially President Muhammadu Buhari.

We have your video telling Nigerians that the military is capable. It has all the requirements to tackle this insurgency and if you are voted into power, you are going to make sure that happens in a short time.

You have been given four years and an addition, yet people are dying like fowls, killing is becoming the norm in Nigeria under your watch Mr President.

The cleric, who is popularly called Digital Imam, was speaking days after gunmen attacked a Kaduna-bound train killing eight people.

Several passengers on the train sustained bullet wounds and the gunmen abducted an unknown number of people.

Watch video of him speaking against the state of insecurity in the country;

Pastor David Ibiyeomie Threatens To Arrest Whoever Slanders Him