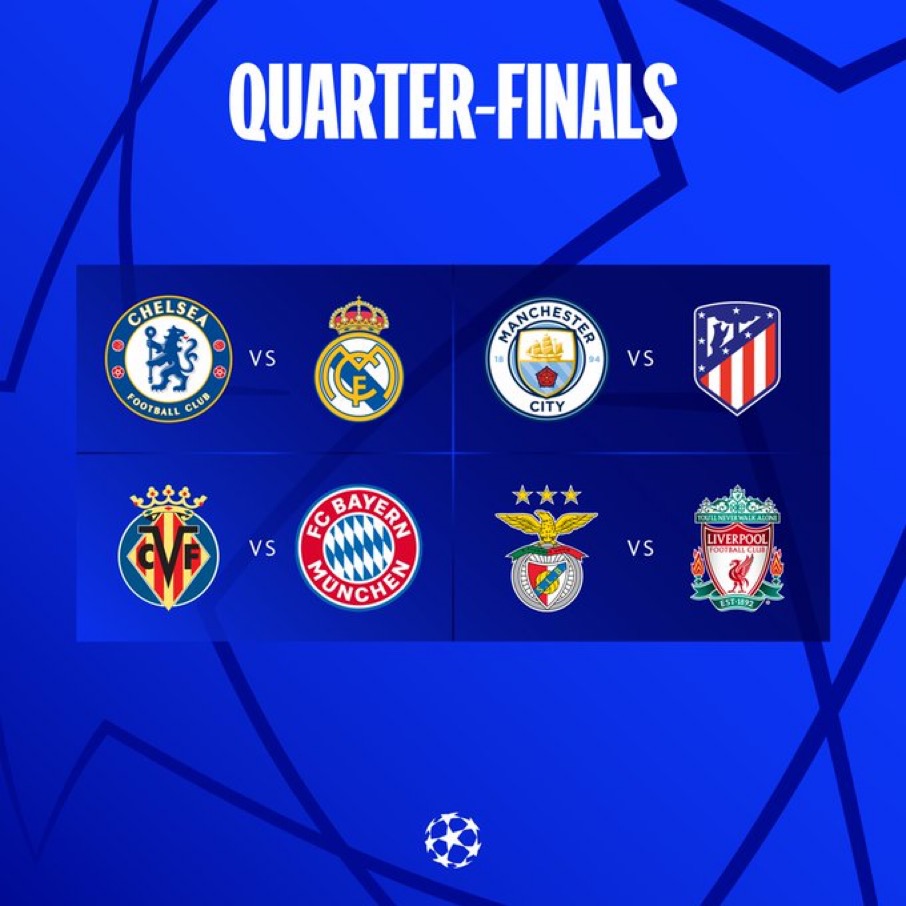 Chelsea will face 13-time winners, Real Madrid in the Champions League quarter-finals following the draw conducted by Uefa in Nyon, Switzerland on Friday, in a repeat of last season’s semi-final.

The Champions League semi-final first and second leg fixtures will take place on April 26, 27 and on May 3, 4.

However, this season’s Champions League final will take place on May 28 at the Stade de France in Paris.

Chelsea, which is up for sale, will host the LaLiga leaders in the first leg at Stamford Bridge, in a match that will likely be played behind closed doors following the sanction of its Russian owner, Roman Abramovich by the European Union after Russia’s invasion of Ukraine.

They will then face a trip to the Bernabeu in the return leg one week later, with the winner of the tie facing either Manchester City or Atletico Madrid in the semi-finals.

The other ties are Manchester City versus Atletico Madrid, Manchester United’s conquerors Villarreal against Bayern Munich, and Benfica versus Liverpool.

Chelsea suffered a second-leg scare in their last-16 clash against Lille when Burak Yilmaz scored a penalty for the French champions but goals from Christian Pulisic and Cesar Azpilicueta eventually gave the Blues a 2-1 victory on the night and a comfortable 4-1 triumph on aggregate.

Benfica or Liverpool Villarreal or Bayern#UCLdraw