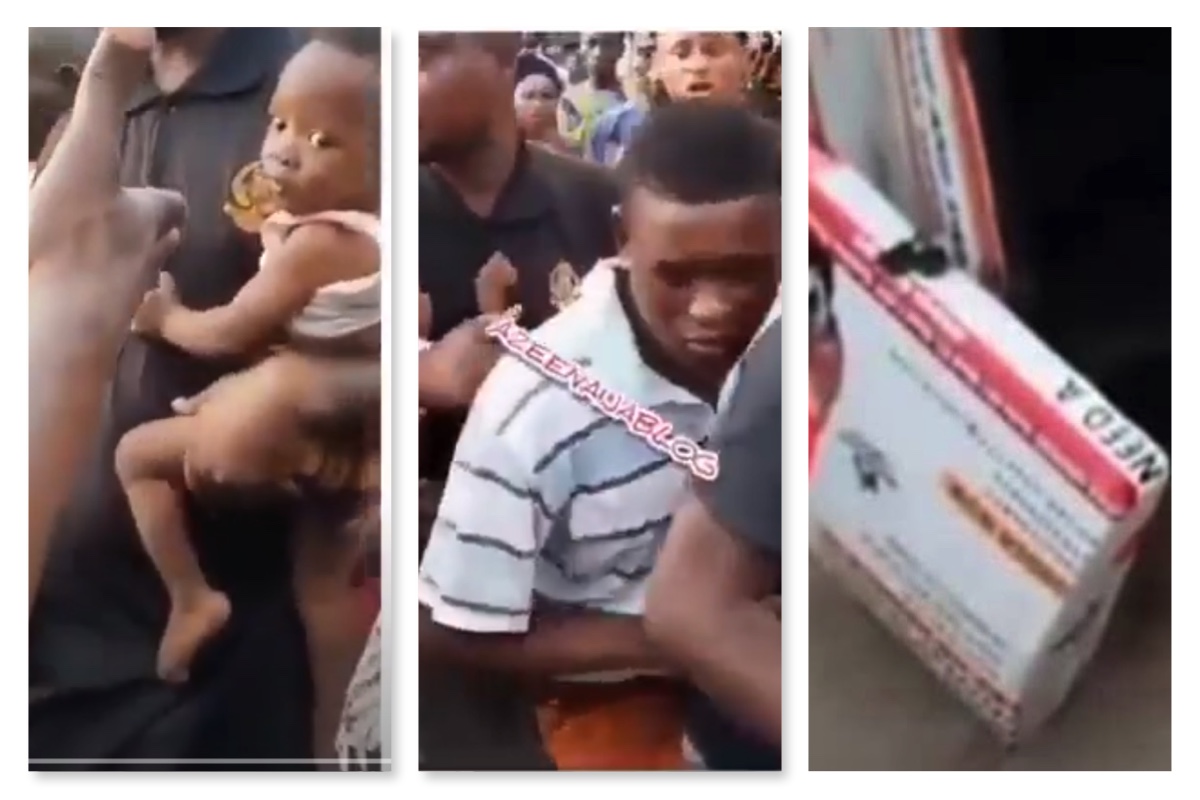 A yet-to-be identified dispatch rider has been apprehended for allegedly concealing a child in his courier box at the back of his motorcycle.

According to the viral video of the incident that surfaced online, the biker was caught in the Sangotedo area of Lagos.

The man was apprehended at a fuel station, with a mob attempting to beat him up with his bike seen on the floor. He was later presumably driven to the nearest police station.

According to PM News, Lagos State Police Command said it will investigate the report when lodged at any of its stations.

Watch the video of the driver being taken to the police station below:

What exactly is going on in this country?

A dispatch Rider was apprehended after a baby was found inside his box at Sangotedo in Lagos State.
What is wrong with us for heaven sakes?????????

#JusticeForBamise: Another Lady Narrates How She Escaped Being Raped By BRT Driver