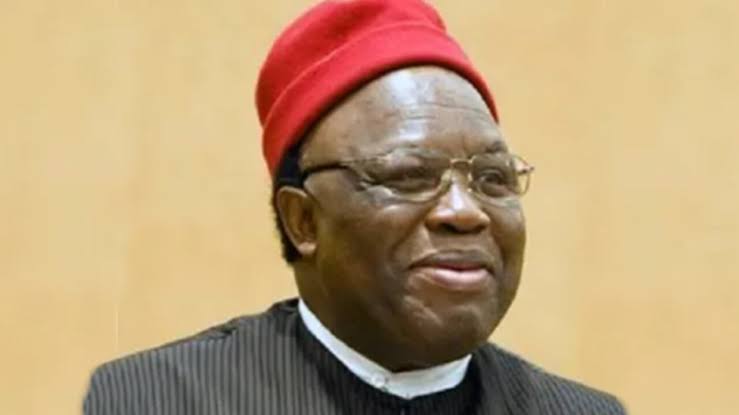 Police in Imo State have commenced investigation into the attack on the country home of the President-General of Ohanaeze Ndigbo, Prof George Obiozor, at Awo-Omanma in Oru East Local Government Area of the state.

According to ThePunch, the attackers who arrived at the Igbo leader’s home in vehicles threw explosive devices at the house.

It was learnt that Obiozor was not at home when his house was attacked.

The country home of Prof George Obiozor was burnt. The CCTV cameras captured the attack. Thank God Prof was not at home when they came.

Obiozor had yet to respond to an inquiry concerning the attack but one of the leaders of Ohanaeze Ndigbo, who prefers anonymity, said that he had called Obiozor to commiserate with him on the incident.

He called on the police to fish out those who carried out this arson.

Confirming the incident, the spokesperson for the Police in the state, Micheal Abattam, said that they had launched a manhunt for the perpetrators of the crime.

He said that the Commissioner of Police in the State, Rabiu Hussaini, had ordered an immediate investigation into the incident and with a mandate that the suspect be apprehended, immediately.

According to Abattam, there was no casualty during the attack.

The attack on Prof George Obiozor’s country home in the Oru East Local Government Area is confirmed. There was no casualty. Investigation has commenced, immediately.

The attack on Obiozor’s country home came the same night Umuguma Divisional Police Headquarters in the Owerri West LGA of the state was burnt with two police constabularies killed and cars burnt.