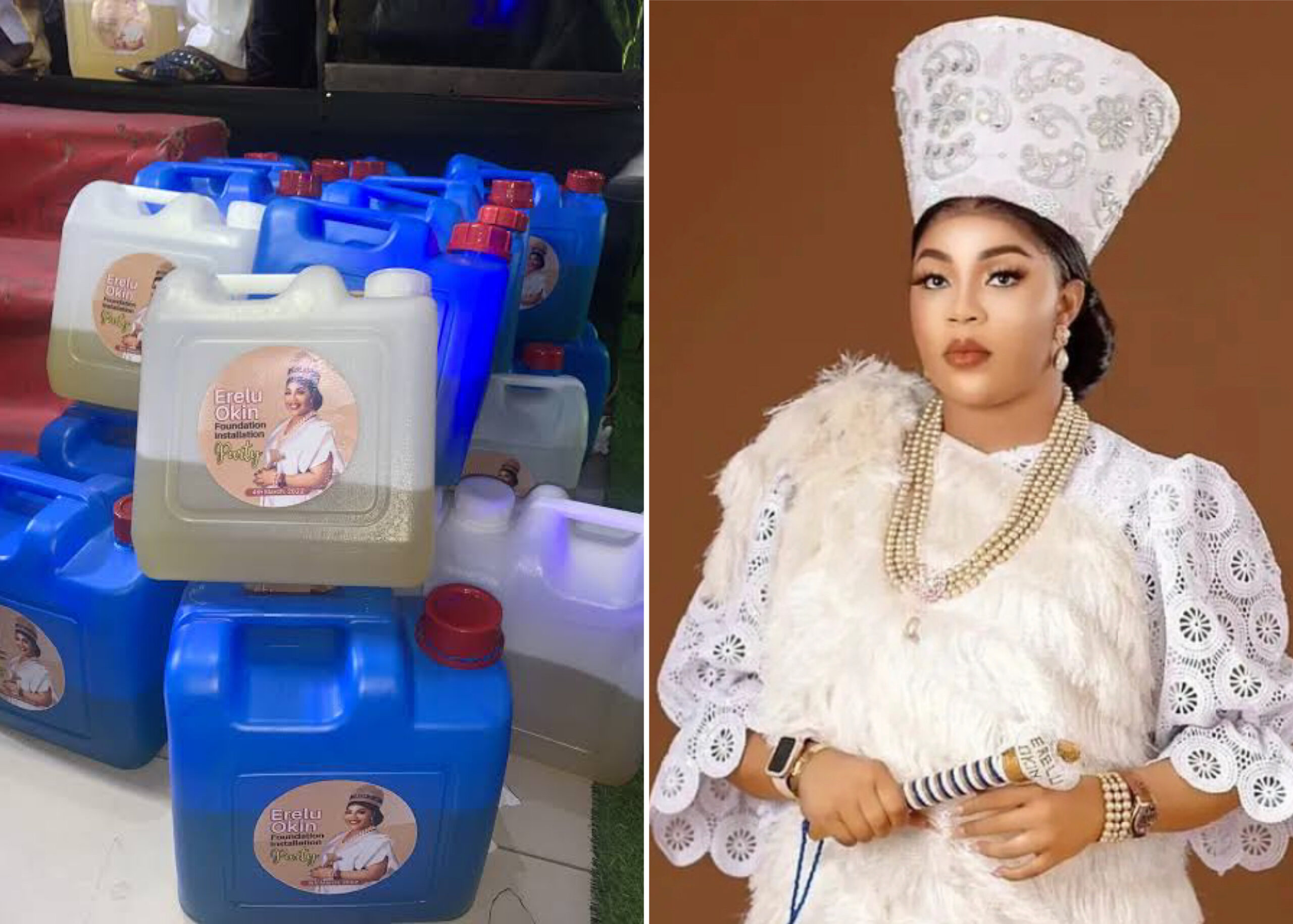 A socialite, Ms Chidinma Ogbulu, aka Erelu Okin, has been arraigned before a Special Offences (Mobile) Court in the Oshodi area of Lagos State for distributing petrol as a souvenir during a ceremony.

A video of kegs of petrol for guests at the event went viral on social media, sparking an outrage as the state government sealed off the centre. The police also vowed to prosecute the socialite.

Following this, Erelu Okin was arraigned on Monday on four counts bordering on conduct likely to cause breach of peace, endangering human lives by distributing combustible matter in a public gathering, intent to do harm to another and unlawfully carrying on the business of storage and containerising petroleum product without a permit.

Ogbulu was granted bail in the sum of N2m with two responsible sureties with verified addresses and three years’ tax clearance.