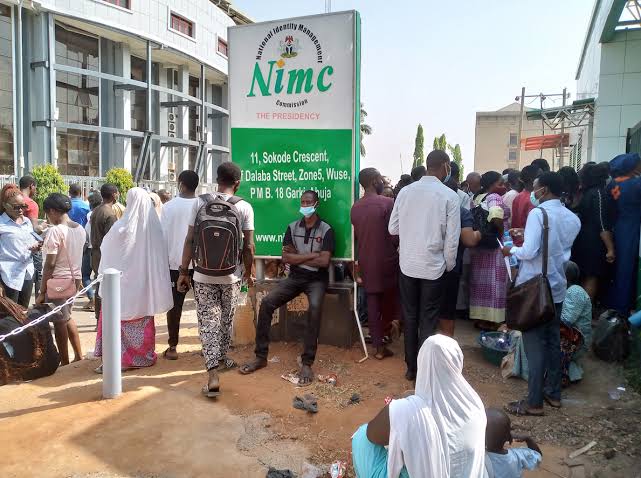 Federal Government has on Thursday urged Nigerians to link their National Identification Number (NIN) to their Subscriber Identity Module (SIM) without delay.

In a statement jointly signed by Nigerian Communications Commission (NCC), Dr Ikechukwu Adinde and the Head of Corporate Communications, Mr Kayode Adegoke, the government had approved an extension of the NIN-SIM linkage deadline to March 31.

Phone subscribers who do not make the linkage may lose access to telecommunication services.

In preparation for the enforcement, the Honourable Minister of Communications and Digital Economy, Prof. Isa Ali Ibrahim (Pantami) urges citizens and legal residents to use the next few days to ensure that they complete the linkage. To this end, the Honourable Minister has further directed that the National Identity Management Commission (NIMC) should offer enrolment services round-the-clock for the next few days. Prof Pantami also thanks all those who have completed their NIN-SIM linkage.

On behalf of the Honourable Minister, the Executive Vice Chairman of NCC, Prof. Umar Garba Danbatta, and the Director-General/CEO of NIMC, Engr. Aliyu Aziz, urge citizens and legal residents to take advantage of the window to complete the process of enrolment and verification within the next few days.

This would be the eighth deadline extension since the NIN-SIM linkage exercise was announced back in December 2020. The previous deadline was october 2021.

Just as the last time, the decision to extend the deadline may have been in response to appeals by the Mobile Network Operators and other industry stakeholders, soliciting for a further extension to ensure better compliance with the government’s directive and to avoid widening the digital divide.

Nigerian ‘Prince’ Sentenced For Federal Fraud Violations In US