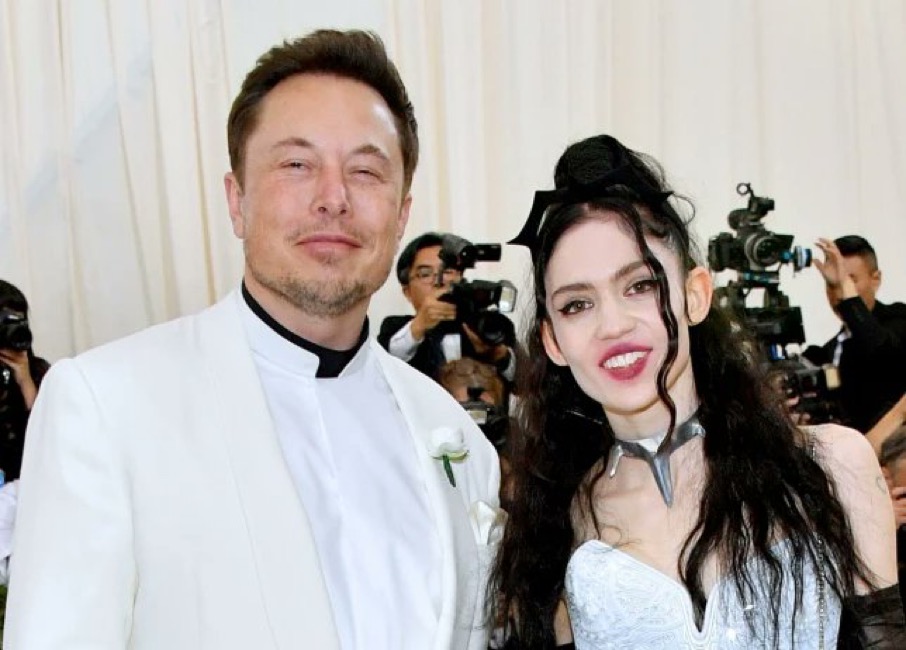 The 33-year-old singer revealed that their baby girl is named Exa Dark Sideræl and is called ‘Y‘ for short.

Grimes spoke out about the couple’s newest arrival in an interview with Vanity Fair earlier this week, sharing that their daughter was born in December through surrogate, while opening up about the origins of her unique name.

This is the first daughter for 50-year-old Elon who already has 6 sons.

According to the singer, the newborn’s quirky first name, Exa, was inspired by the supercomputing term exaFLOPS, which is ‘the ability to perform one quintillion floating-point operations per second‘, while her second name Dark, is a nod to dark matter and ‘the unknown‘.

She told the magazine:

People fear it but truly it’s the absence of photons. Dark matter is the beautiful mystery of our universe.

Finally, Sideræl, which is pronounced sigh-deer-ee-el, is a ‘more elven spelling‘ of sidereal, which Grimes described as ‘the true time of the universe, star time, deep space time, not our relative earth time‘.

Their daughter’s third name is also a reference to Grimes’ favorite Lord of the Rings character, the elf Galadriel.

The couple will call their baby daughter ‘Y‘ for short, following the trend they started with the arrival of their first-born child, son X Æ A-12, who Grimes gave birth to in May 2020, and whom she and Elon call ‘X‘.

However the couple were forced to change the spelling of their son’s name in order to comply with California law, which prohibits the use of any numbers of symbols in a name.

Instead, they revealed just a few weeks after the baby was born that his birth certificate would be registered under the name X AE A-Xii – using the Roman numeral version of the number ‘12‘ and changing the character æ to AE.

If the couple choose to register their newborn daughter’s birth certificate in Texas, they will have to alter the spelling of her name, removing the symbol æ once again in order to comply with state regulations, which only allow English characters to be used in a name.

Grimes conceded to Vanity Fair that the couple’s unique choice of names are not to everyone’s tastes, admitting that she is prepared for her daughter to one day try and change her name.

In the meantime, the baby girl has already been given a few alternatives, with the singer revealing that she and Elon also refer to their daughter as Sailor Mars, which was inspired by the manga cartoon, Sailor Moon.

The musician added that she had chosen ‘dream‘ name for her daughter, Odysseus, before the couple settled on their chosen moniker.

Grimes‘ surprise baby announcement comes less than six months after the couple reportedly split up, having been dating for three years.

Elon confirmed that he and Grimes were semi-separated but remain on good terms back in September last year.

Now speaking about the current status of their relationship, the singer described it as ‘fluid‘, explaining that while she ‘would probably refer to [Elon] as her boyfriend‘, the couple do not currently live together and each ‘have their own thing going on‘.

According to Grimes, the couple are hoping to have more children in the future – ‘at least three of four‘ – and she noted that X and Y are currently splitting their time between their parents’ homes.

Elon was previously married to author Justine Wilson, with whom he had six sons. Their first son, Nevada, who was born in 2002, died of sudden infant death syndrome at the age of 10 weeks, leaving them with five sons: twins Griffin and Xavier, 18, and triplets Damian, Saxon and Kai, 16.

He was also married twice to actress Talulah Riley, who wed in 2010 but divorced in 2012.

They reconciled and remarried in 2013 but divorced again in 2016.