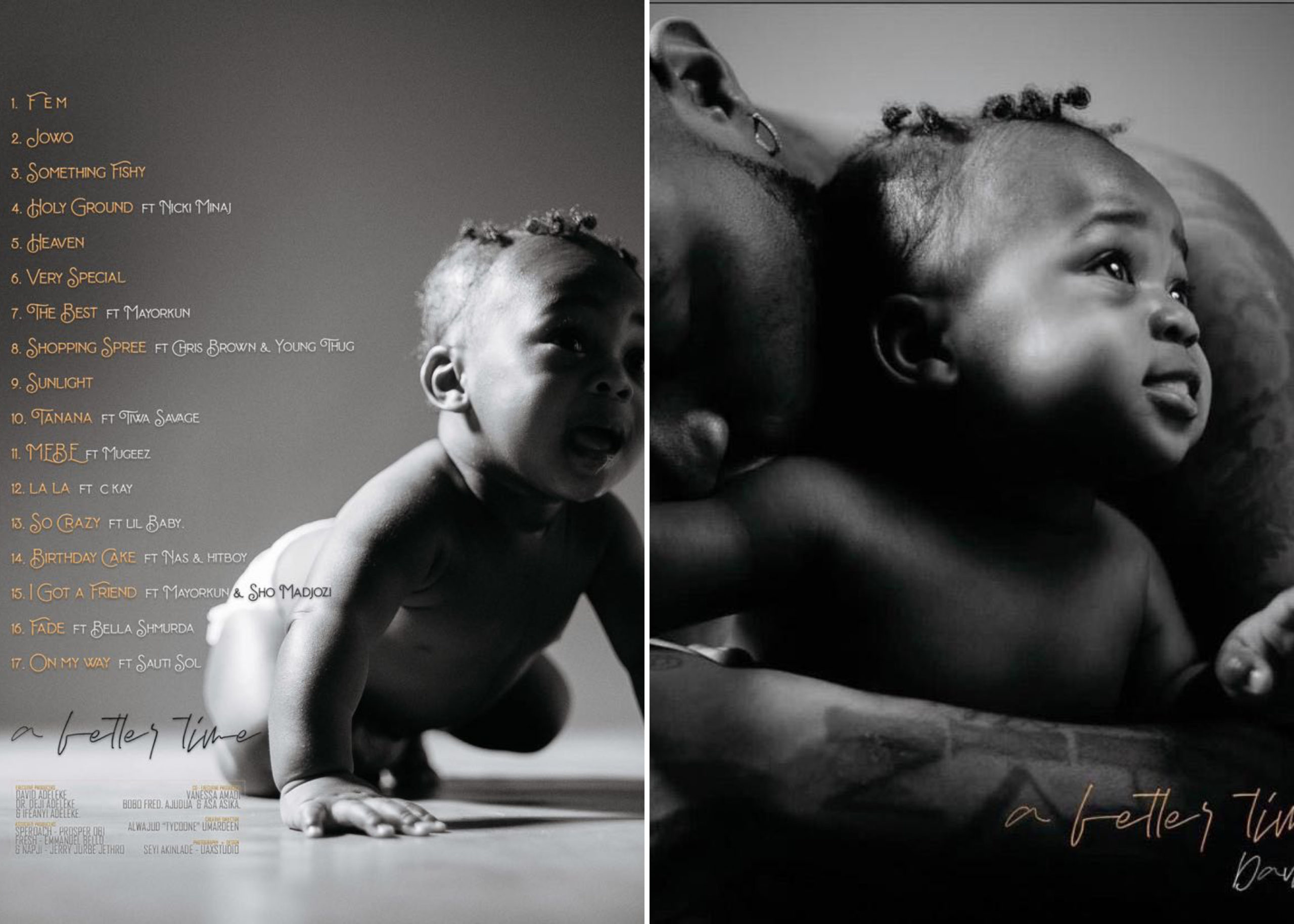 Afrobeat music star, Davido has issued a stern warning to a Twitter user who made some unflattering comments about his son, Ifeanyi.

The Twitter user simply identified Mdee alleged that Davido used the photo of Peruzzi’s son on his last album cover.

Read Also: ‘May You Become More Than Me’ – Davido Celebrates Son, Ifeanyi On 1st Birthday (Photos)

Meanwhile, it is well known that Davido used his son, Ifeanyi on the cover of the said album.

In his response the music star issued a stern warning to the Twitter user.

Deadman walking! You don carry ur hate for me to my child !! Innocent child! Brother, YOU DO THIS ONE !!!! Oya na.

Dead man walking ! You don carry ur hate for me to my child !! Innocent child ! Brother YOU DO THIS ONE !!!! Oya na https://t.co/QsBRB3UG5D

Say all you want about DAVIDO …. but DO NOT MENTION MY CHILDREN.

Say all you want about DAVIDO …. but DO NOT MENTION MY CHILDREN

Later on, Davido shared a photo of the Twitter user.

Shortly after, he replied another Twitter user who asked people to hold Davido responsible if anything bad happens to Mdee. 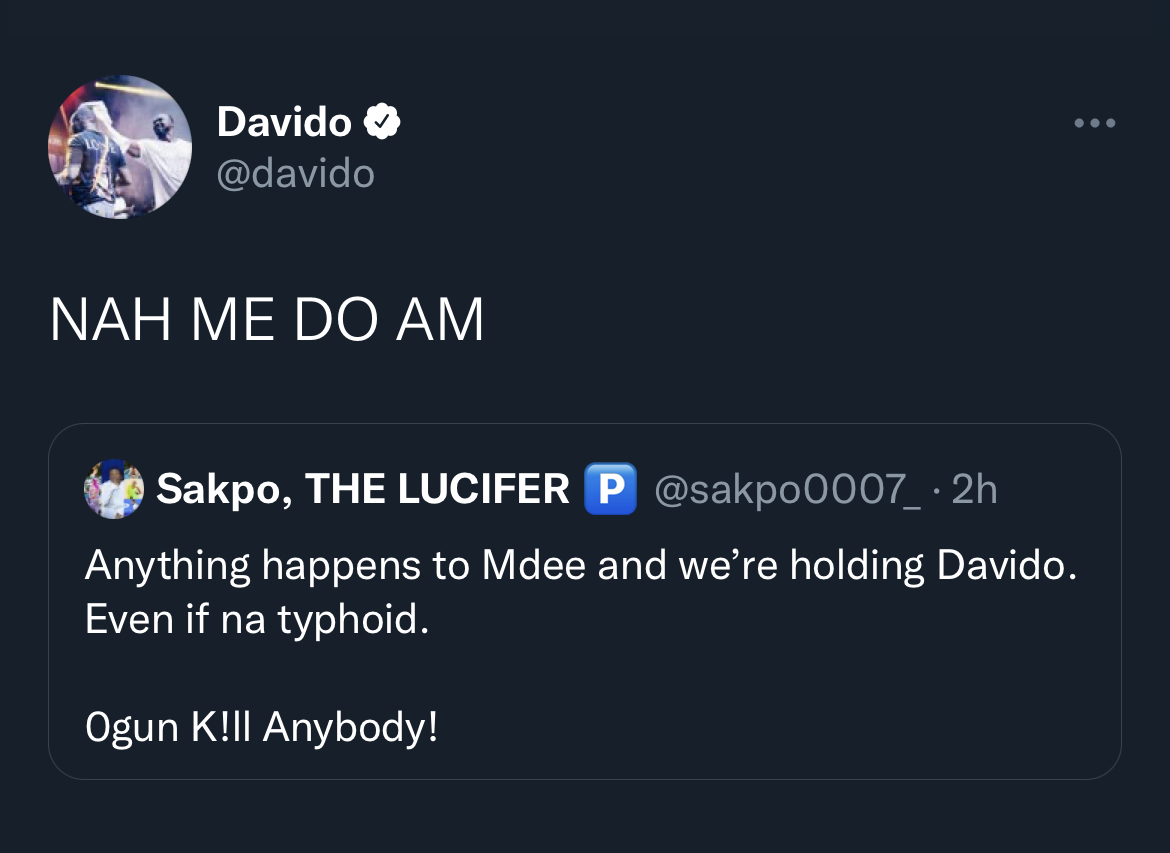 On his part, Peruzzi also slammed the Twitter user, asking for DNA test result as proof for his statement. 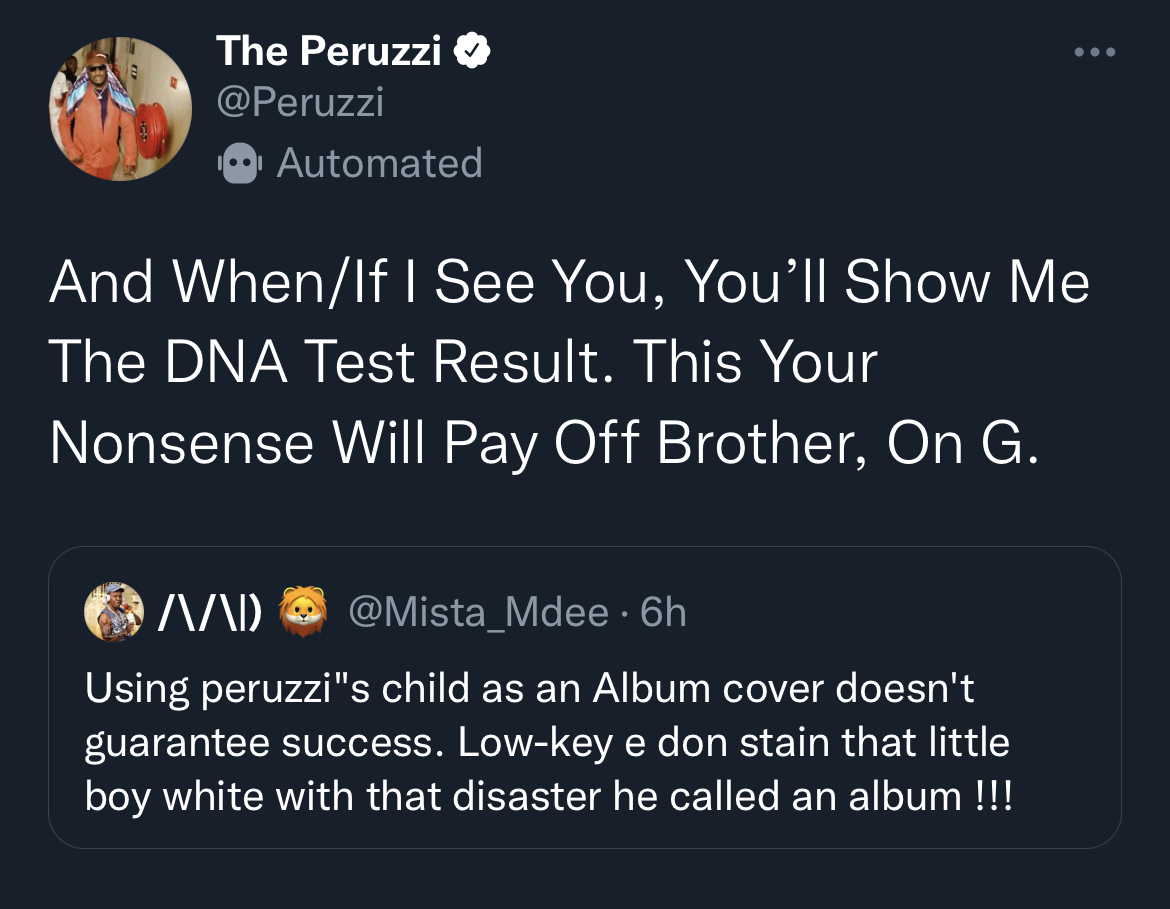 Me & David Are 2 Different People. So Na 2 Markets You Buy. Except Na Really My Child. On G!

No Fucking Brains! No Sense!

The allegation that Peruzzi is the father of Davido’s son has made the headlines several times.

However, Peruzzi has come out to deny the allegations.

The music star cleared the air during a recent interview with Chude Jideonwo on his show ‘WithChude.’

According to him, it was absurd that people would make up stories about him sleeping with the partner of the man who changed his life.

Someone said I had sex with the wife of the man who helped me. Do you know how crazy that is? Even if you hate me as a person, what did Davido do to you? Anyway, right now, I am careful of every pin that drops near me.

The music and his estranged fiancee, Chioma, welcomed Ifeanyi right after his proposal.