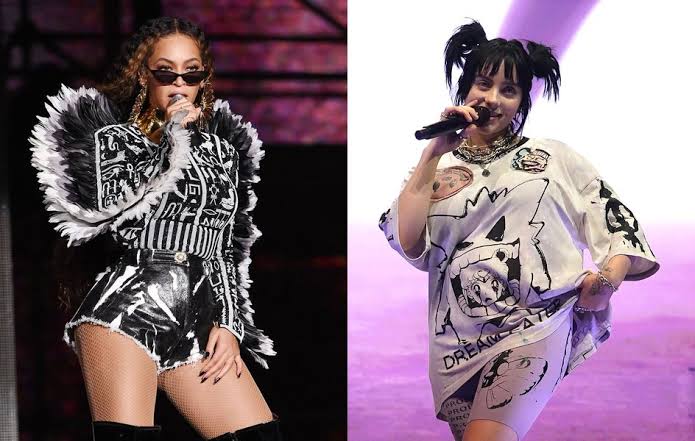 Music superstars, Beyoncé and Billie Eilish, would perform their Oscar-nominated songs live at this year’s Academy Awards ceremony on March 27.

All three performers are nominated for best song at the 94th Academy Awards — along with Lin-Manuel Miranda and Diane Warren, whose songs will also be performed on the broadcast.

Pop superstar Beyonce’s Oscar-nominated ballad “Be Alive” was penned for tennis biopic “King Richard,” which stars Will Smith as the father of tennis greats, Serena and Venus Williams.

Hollywood trade publication Variety reported that Beyonce will perform live from the tennis courts in Compton where the sisters played as children.

Eilish and her brother Finneas will perform “No Time To Die” from the recent James Bond movie.

But while Morrison, who wrote “Down to Joy” for Kenneth Branagh’s black-and-white childhood drama “Belfast,” was invited to perform at the star-studded gala, he “will not attend the Oscars due to his tour schedule,” organizers said.

The singer, known as “Van the Man” to his fans, is due to tour England in late March, before arriving in the US next month for further dates.

Morrison’s high-profile criticism of pandemic restrictions — including three anti-lockdown “protest songs” — and opposition to vaccine mandates had led to questions about whether he would be welcomed at the Oscars.

The ceremony taking place Sunday in Hollywood requires nominees, guests and press to be vaccinated, although performers and presenters are reportedly able to attend without proof of vaccine if they undergo rigorous testing.

Best known for creating Broadway sensation “Hamilton,” Miranda will attain the coveted and rare EGOT status for winning an Emmy, Grammy, Oscar and Tony award if he wins on Sunday.

Warren’s song “Somehow You Do” from “Four Good Days” — which will be performed by Reba McEntire — is her 13th Oscar nomination, but she has never won.

Also performing at the Oscars will be an “all-star band” including Blink-182 drummer, Travis Barker, and DJ D-Nice.

‘I Am Spent’: World No. 1 Tennis Star, Ash Barty Announces Retirement At 25

Madeleine Albright, First Female US Secretary Of State, Dies At 84