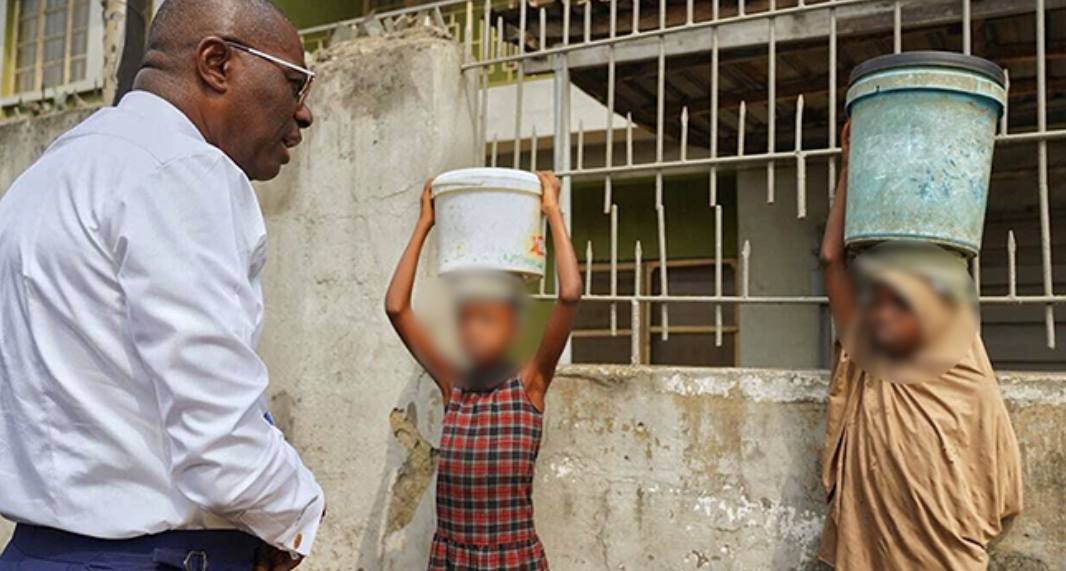 This is according to a statement signed by the Governor’s spokesperson, Gboyega Akosile. 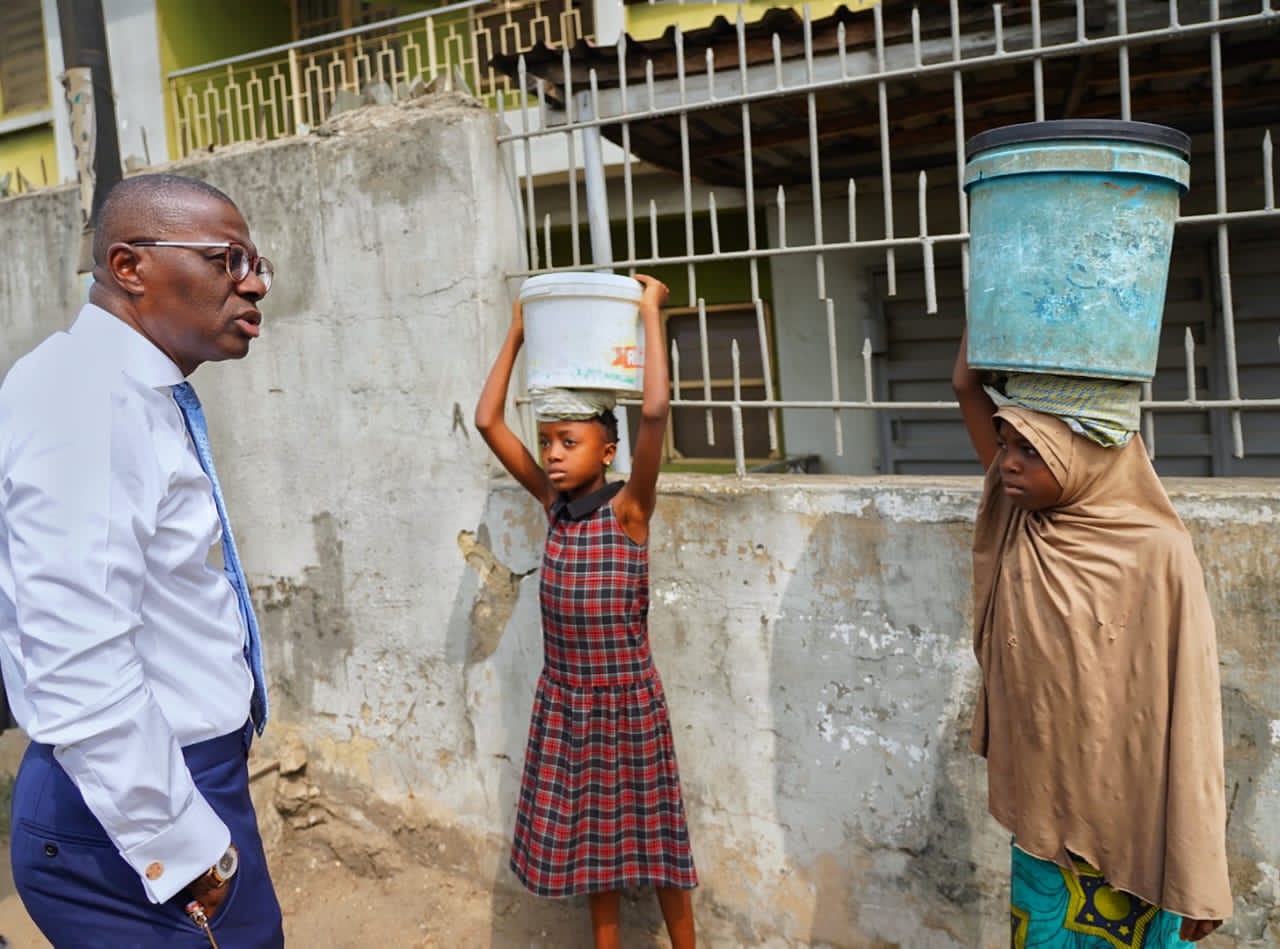 According to the statement, the girls – Amarachi Chinedu, 9, and Suwebat Husseini, 12 – were forced to skip school by their parents in order to serve some domestic assistance around Anthony Village area.

The statement added that Suwebat’s mother is the bean cake seller for whom the girls were running an errand.

Her parents, who are Jigawa State indigenes, relocated to Lagos months back. Suwebat’s four male siblings were all in school at the time she was stopped on the road by the Governor. 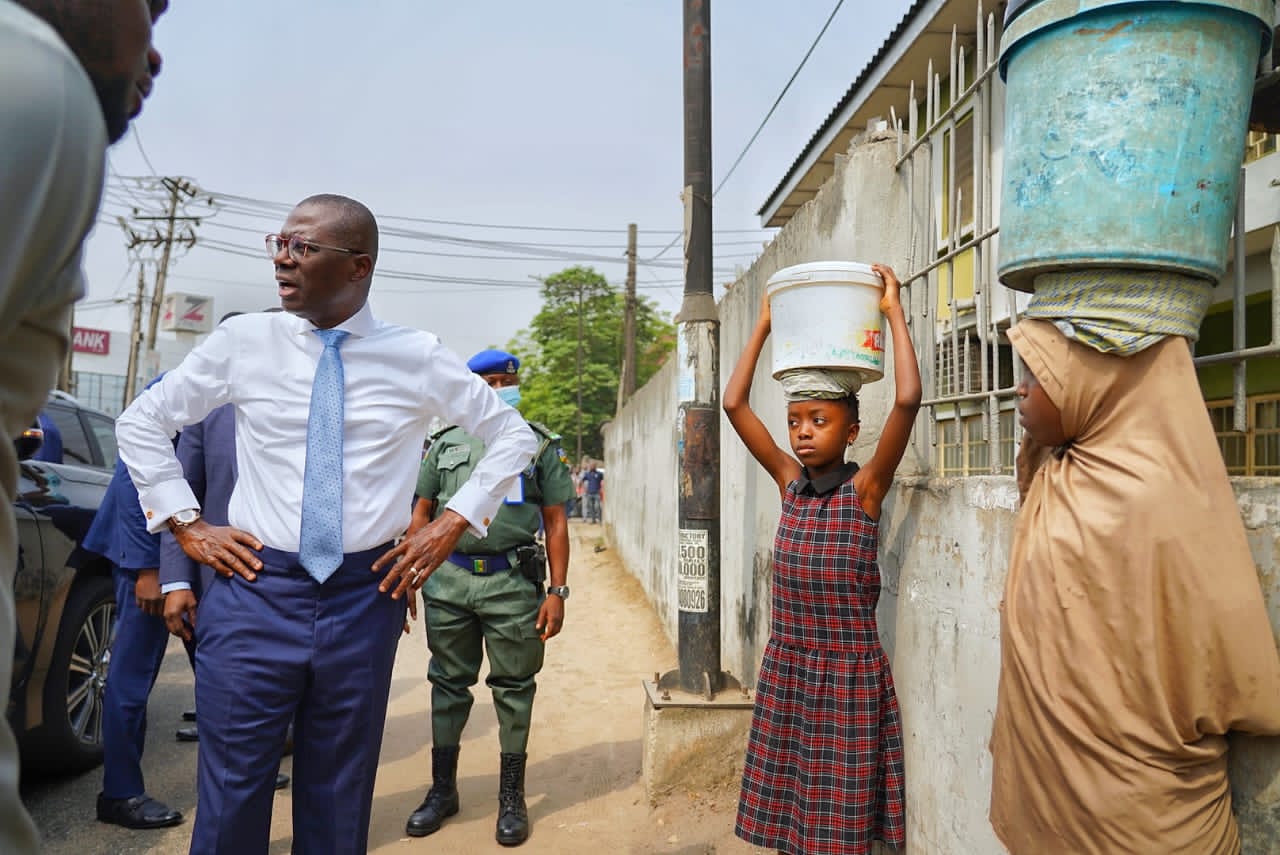 However, her parents preferred she stayed back home to help with some domestic chores.

This morning, I had a first-hand experience of what many vulnerable children might be going through in our society. I saw something that made my heart bleed on my way to this function. I saw two little girls – ages 9 and 12 – carrying buckets on their heads to grind pepper at 11am when they were supposed to be in school. I stopped immediately, having seen how vulnerable they are and the risk we are putting them through. 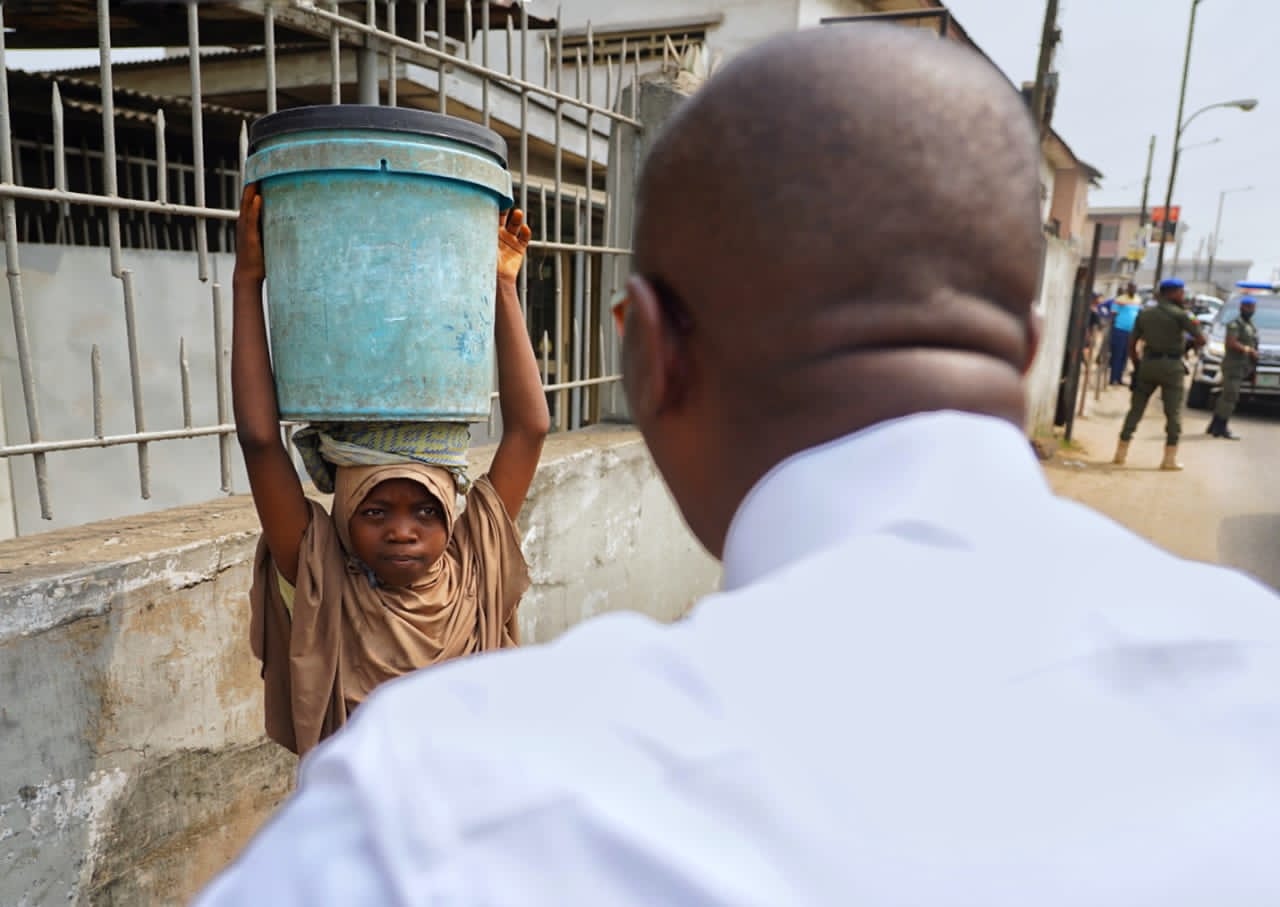 My encounter with them gave me the opportunity to hear their stories and I have taken it upon myself to ensure that these girls never suffer such fate again. I am not going to leave them alone. Amarachi and Suwebat will go back to school. This is a classic example of what we need to do differently as a society. It is needless to ask what brought their parents to Lagos. We must ensure they are not robbed of their future.

These two girls will be under my care and that of the First Lady. There are several Amarachi and several Suwebat out there, who will not have this kind of opportunity. Everyone of us can take the same decision and listen to stories of kids who may be vulnerable. If we choose to take up this responsibility as a people and give a voice to the vulnerable, we all can make a difference. There is no better kindness to be done to mankind than giving them a lifetime opportunity.

They told him their parents couldn’t afford tuition fees. He found who their parents were and promised to take over the full responsibility of the girls’ upbringing and education. pic.twitter.com/EkbfRJTfxx

Sanwo-Olu advised parents not to break their backs in order to send their wards to expensive schools, noting that there are many Government-run basic and secondary schools in Lagos doing better in imparting quality education than many private schools.

The Governor said his encounter with the girls brought the need to bolster Government’s support to public schools and raise the standards.

If as a parent you cannot afford to put your children in private school, know that there are public schools that are doing great things. Why would a parent deny a nine-year-old girl an access to education? Yes, we are doing so much in education, but the story of these two little girls shows that there are more to be done.

Amarachi and Suwebat didn’t ask to be in the circumstance they found themselves in, but it is our responsibility to be able to give them the future they deserve; the opportunity that will make them better children to their family and better citizens of this country.

The Governor called for partnership with development agencies, urging intervention bodies, such as SWIP Initiative, to join hands with the Government to ensure all vulnerable persons in Lagos, including children of school age, get adequate attention needed for their care.