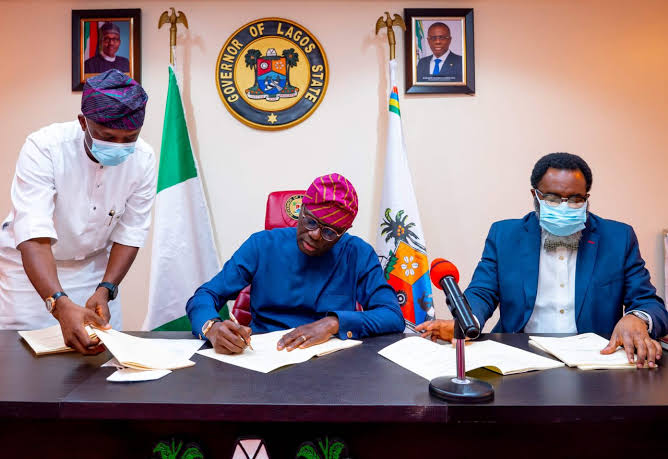 The signing ceremony, which took place at the Lagos House, Marina, was witnessed by the Special Adviser to the Governor on Education, Mr. Tokunbo Wahab, Commissioner for Justice and Attorney-General, Mr. Moyosore Onigbanjo (SAN), members of the Governing Councils and management staff of the tertiary institutions, among others.

Speaking after signing the bills, Governor Sanwo-Olu, said Lagos and its indigenes are now blessed with two additional universities to the existing Lagos State University (LASU), established in 1982 by the first Executive Governor of Lagos State, the late Alhaji Lateef Jakande.

We are doing this very quickly because we need to take this law to the National Universities Commission (NUC), that will do their due diligence and we are believing they will give us a timely approval when all of us will go and receive the certificates for the establishment of the two universities. 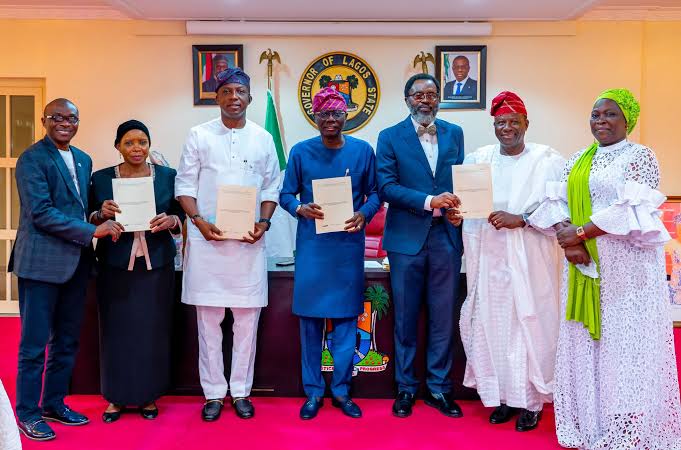 The two institutions that have now been transmitted into universities are institutions that have produced professionals, students, lecturers among others notable men and women in our society. I feel what we have done is a proper thing for the existing staff, both academic and non-academic, and more importantly for the students today and the future students that would be coming in to be able to recreate their future and be in a position that we are turning out the leaders of tomorrow.

Wahab also commended Governor Sanwo-Olu for putting his full weight behind the establishment of the two additional universities.

He also appreciated the Lagos State House of Assembly led by Rt. Hon. Mudashiru Obasa for believing in the process.