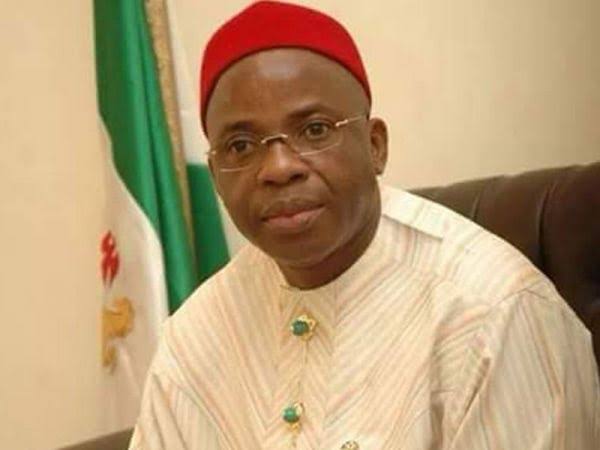 Justice Taiwo Taiwo of a Federal High Court Abuja has struck out a criminal charge filed against a former Governor of Imo State, Ikedi Ohakim by the Federal Government.

Ohakim and one Chinedu Okpaleke were being prosecuted by the Federal Government for allegedly threatening to release nude photographs of an Abuja-based businesswoman, Chinyere Amuchienwa, if she fails to drop charges of attempted kidnap against them.

Following a petition by Amuchienwa, the police had filed a criminal charge against Ohakim and Okpaleke.

However, Thursday’s sitting meant for the arraignment of the two defendants, was stalled following the request of the Attorney-General of the Federation and Minister of Justice, Abubakar Malami (SAN) to study the case file.

Sani Bagudu, from the office of the AGF, had applied to withdraw the matter to enable the AGF study the case file and take appropriate action.

Consequently, Justice Taiwo had to strike out the case marked FHC/ABJ/CS/287/2020 pending when the AGF decides on what next to do in the matter.

On September 27, 2021, Justice Taiwo ruled that the AGF has unfettered power to take over the case, following a move by the Police to withdraw the charge against Ohakim and his co- defendant.

Reacting in a statement, Ohakim’s Media Assistant, Chidi Emenike, said the judje’s decision ended the matter and vindicated the ex-governor.

The nightmare has ended. And it ended in Court when Justice Taiwo Taiwo of the Federal High Court Abuja dismissed all the spurious charges against Dr Ohakim.

It was titled, ‘Ohakim vindicated as AGF discontinues charges against him’.

It comports with the ends of justice that the Court today proceeded to dismiss the charges and thereupon discharged and acquitted Dr Ohakim. His Excellency Dr Ohakim wishes to seize this opportunity to thank the Nigeria police for its thorough and professional work in carrying out extensive investigations in this matter.

His Excellency equally thanks the office of the AGF for its determination that the charges lack merit. It couldn’t have been the opposite.