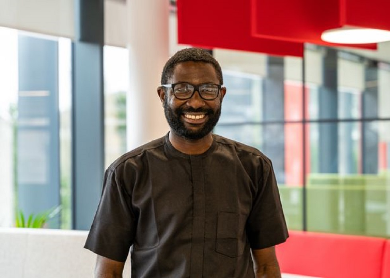 Inein Victor Garrick, a 34-year-old Nigerian living in the United Kingdom (UK), has narrated how his decision to remove his native name from his Curriculum Vitae (CV) marked the beginning of multiple job offers for him.

He told Mirror UK about how he struggled to get any job interviews after graduating from South Wales University because people constantly mispronounced his first name.

Garrick, who is now a safety Inspector at Transport for Wales, decided to adopt his middle name ‘Victor’ to replace his first name.

I started using Victor’s as my first name due to the barriers I faced whilst applying to jobs after university. I never seemed to get past the first application stages even though on paper, I had all the necessary requirements for at least an interview. In addition, the few calls I had, the recruiters had an issue in saying my first name correctly.

With comments like your name is difficult or hard to pronounce. I always felt I was on the backfoot and sent some unconscious biases. The moment I changed to my middle name Victor, on my CV, within a week, I had multiple calls for interviews. But when I got to the interview stage, I’d answer when they called out my name and I’d be asked again, almost like ‘are you sure that’s you?’ So it got me through the first stage but then there was an uphill battle.

However, he, recently realised that he was “hiding part of himself” and decided to go back to using his first name, Inein.

Last October in Black History Month, Garrick formally reverted back, to answer his first name, as his company created a phonetic template for employees to use.

I think it really hit me. Last year, I almost felt like I hid a part of myself all those years. It wasn’t shameful per se but I wasn’t my true self.

People would hear Victor and assume I was British or English and I wasn’t highlighting my true identity. I’m proud of where I’m from and I think I hid behind Victor. This opened that door to talk about Nigeria and my cultural heritage, it’s a fantastic conversation starter.

According to him, using his first name made him feel “reborn”.

I hadn’t heard it in so long. I’ve been in the UK since 2009 and besides my immediate family, no one’s ever called me by my first name, until last year. So when you think about it, you can’t believe it’s been that long. There’s a lot of joy but there’s also a bit of sadness as well that is taken that long.