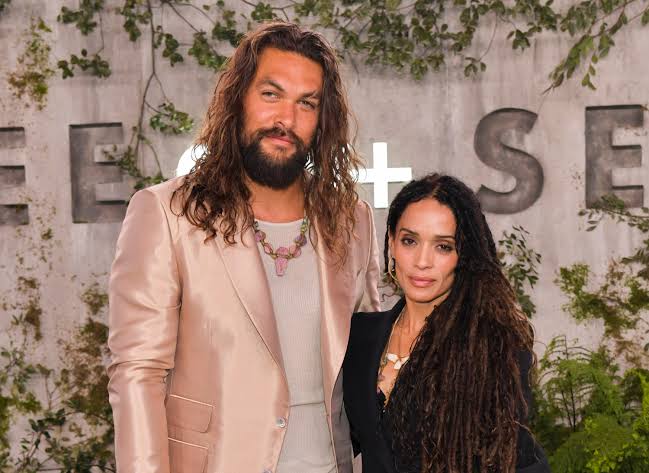 Jason Momoa have reportedly moved back in with his former wife, and Lisa Bonet, in an attempt to give their marriage another chance one month after announcing their divorce.

Recall that 42-year-old Aquaman star announced his separation from 54-year-old Lisa on January 12, sparking sad reactions from many fans.

In a statement posted on his Instagram page at the time, Momoa stated;

We have all felt the squeeze and changes of these transformational times… A revolution is unfolding ~and our family is of no exception… feeling and growing from the seismic shifts occurring. And so we share our Family news that we are parting ways in marriage.

We share this not because we think it’s newsworthy but so that as we go about our lives we may do so with dignity and honesty. The love between us carries on, evolving in ways it wishes to be known and lived. We free each other to be who we are learning to become…

However, according to latest development, a source close to the couple told Hollywoodlife that the big move occurred almost “two weeks ago” and, by the looks of it, the pair “are very much back together.”

They decided to work on things rather than throw in the towel because they have so much invested in each other.

They’re reportedly “thrilled” that their parents are working to repair their marriage. “Everyone is really hoping that they can make this work this time around,” the source stated.

The divorce announcement post has since been deleted, indicating that things are looking good between Bonet and Momoa.

In 2005, the couple began dating after a mutual friend introduced the two stars while out at a jazz club. Two years later, the couple welcomed their daughter, Lola and in 2008, the lovebirds expanded their family with the birth of their second child, Nakoa-Wolf.

After years of dating, Momoa and Bonet finally tied the knot in October of 2017. They were married for five years up until the announcement of their divorce in mid-January.

The Hawaiian-born star once revealed that he began crushing on Lisa when he was just 8-year-old after seeing her starring as Denise Huxtable on the 1980s sitcom “The Cosby Show”.