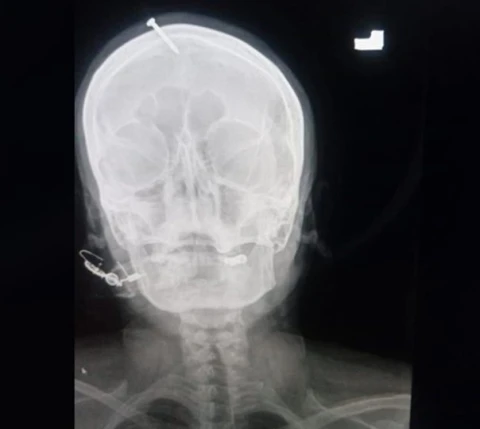 Pakistan police have launched a manhunt for a faith healer who allegedly instructed a pregnant woman in her first trimester to hammer a nail into her head to confirm the birth of a baby boy.

The probe began on Tuesday after an x-ray showing a nail sticking out of the woman’s
forehead went viral on social media.

The woman arrived at a hospital in Peshawar city with a 5cm nail hammered into her head and allegedly informed doctors that she carried out the act herself.

The woman’s husband allegedly threatened to leave her if she gave birth to a fourth girl. The mum-of-three daughters said she was
pregnant with another girl, the doctor added.

Faith healers, whose questionable practices are
rooted in mystic Sufi lore, are common across
Pakistan, despite the disapproval of many,
including some schools of Islam.

In South Asia, a son is widely believed to offer
better financial security to parents than daughters.

The woman arrived at a hospital in the
northwestern city of Peshawar after trying to
extract the nail herself with pliers, doctor Haider
Khan explained.

“She was fully conscious, but was in immense pain,’ Dr Khan, who removed the object, explained. 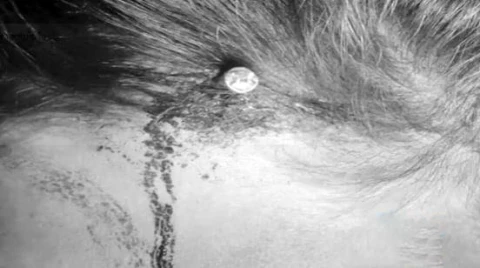 An X-ray showed the five-centimetre (two-inch)
nail had pierced the top of the woman’s forehead
but did not hit her brain.

Dr Khan said a hammer or another heavy object
had been used to knock it in.

The woman had initially told hospital staff that she had hammered the nail into her head herself on the faith healer’s advice – but later said he had
performed the act.

Peshawar police are trying to track down the victim in an attempt to find the healer.

We have collected the CCTV footage from the hospital and
hope to reach the woman soon. We will soon lay our hands on the sorcerer!

Special team has been made to bring to justice the fake Pir who played with the life of an innocent woman & put a nail in her head, with a false promise of a male child.

The team will also investigate why incident was not reported to police by the treating doctor.

BRIT Awards 2022: Anne-Marie Falls Down The Steps During Performance (Video)