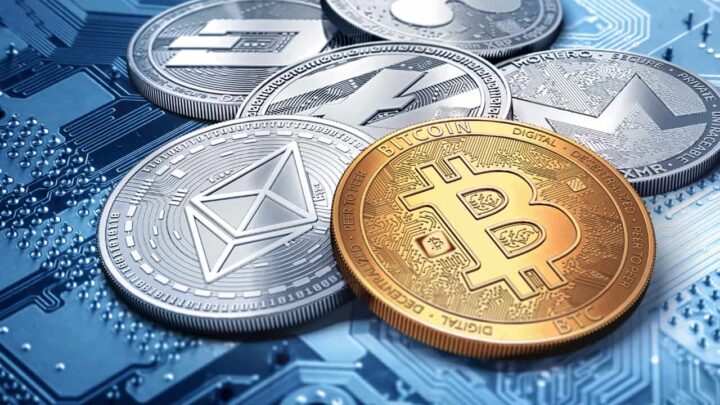 More than $150 billion has been wiped off the entire cryptocurrency market in the last 24 hours, according to Coinmarketcap data.

Cryptocurrencies fell sharply on Thursday after Russia launched an attack on Ukraine.

At 9:04am on Friday, Bitcoin, the most popular and world’s largest cryptocurrency by market capitalisation, declined more than 7.6 percent in the last 24 hours to $35,274, according to Coindesk data. That was the lowest level in a month.

Ether, the coin linked to the ethereum blockchain and the second-largest cryptocurrency in terms of market capitalization, also fell about 11.9 percent to $2,368.98.

Prices of BNB and XRP also plummeted by 9.83 and 10.39 per cents respectively.

The drop in cryptocurrency prices comes as global equity markets tumble following Russia’s military attack on Ukraine. Explosions were heard in Kyiv, the Ukrainian capital with reports of at least six dead and seven injured in Ukraine.

In a televised speeech, Russian President Vladimir Putin announced a “special military operation” designed to achieve the “demilitarization and denazification of Ukraine.”

Cryptocurrencies price moves are often correlated to movements in other risk assets such as stocks.

“Risk assets continue to be weighed down by the Russia-Ukraine conflict and tensions. This includes Bitcoin and cryptocurrencies which are currently still very much viewed as a high risk asset class,” said Vijay Ayyar, vice president of corporate development and international at crypto exchange, Luno.

Cryptocurrencies have been under pressure since bitcoin hit a record high of nearly $69,000 in early November. Since then, bitcoin has fallen nearly 50%.

If bitcoin manages to hold above that, then it could move to new highs later this year, Ayyar said. But he added that if the price falls below that, then bitcoin could move to the low $20,000 mark.