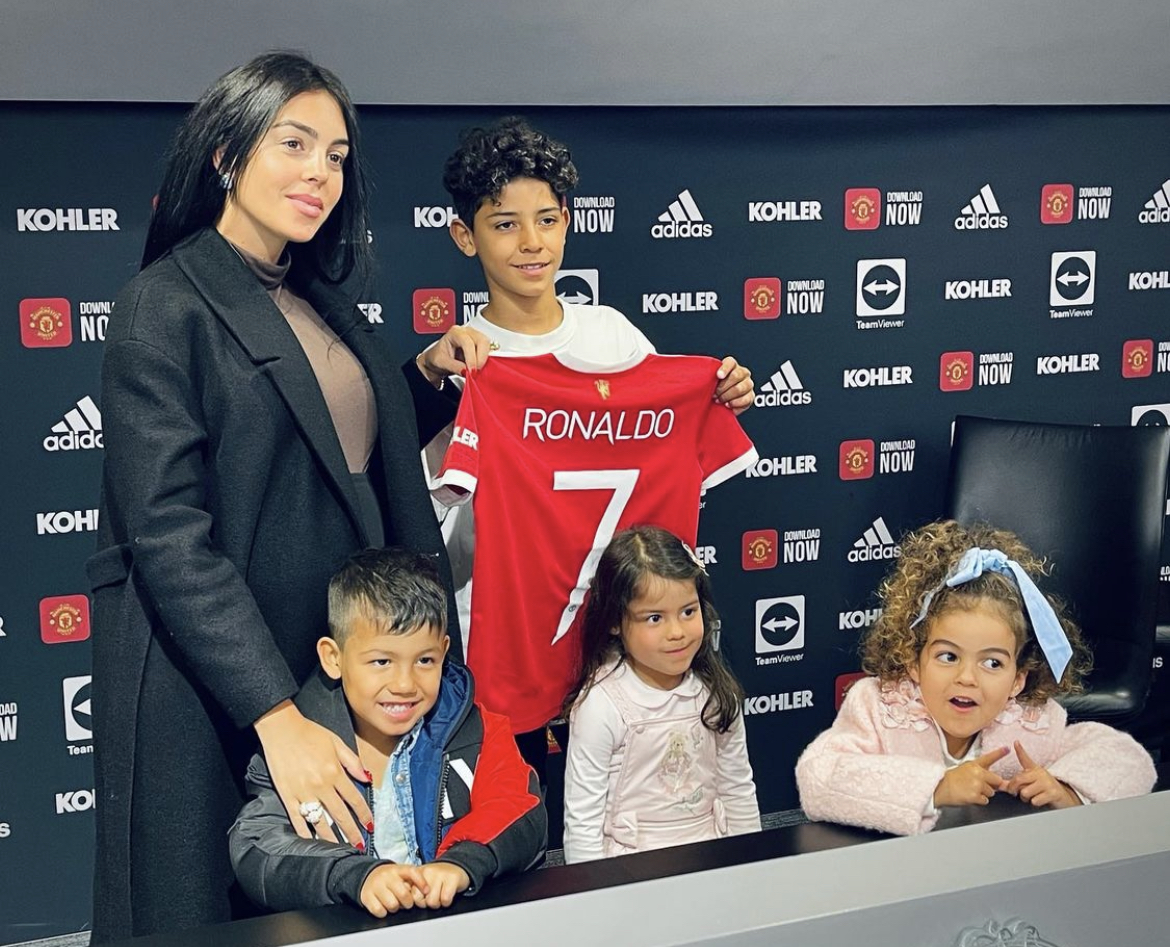 Cristiano Jr has played for the club’s academy on a number of occasions over recent months, after Ronaldo Sr rejoined the club last summer.

The youngster has now officially signed a professional deal with United and will wear the famous No7 jersey, won by his father at all his clubs. 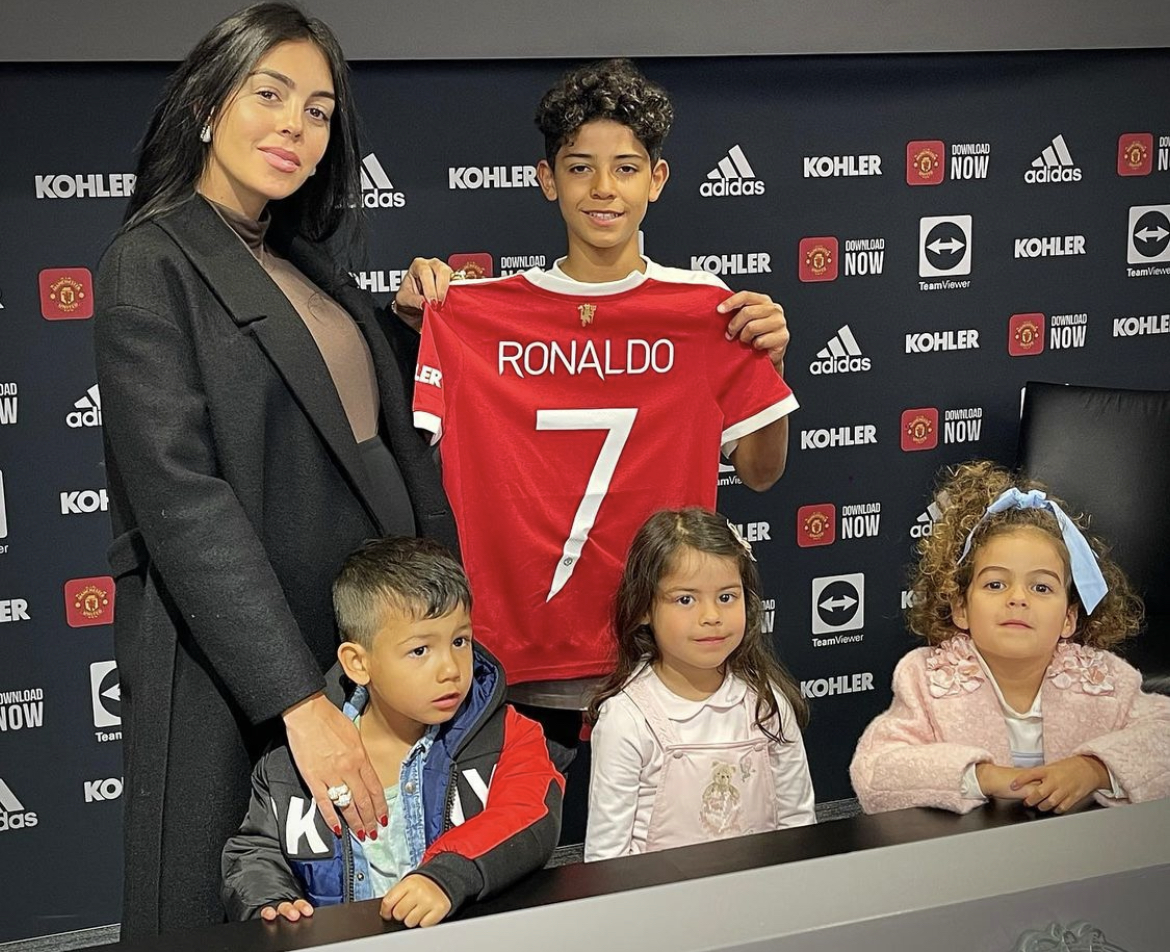 The announcement was made by his fellow academy starlet Gabriel on Instagram, after the duo signed their contract terms at the same time.

Delighted to finally have my signing day done even better to have mine with teammates @cristiano JR. 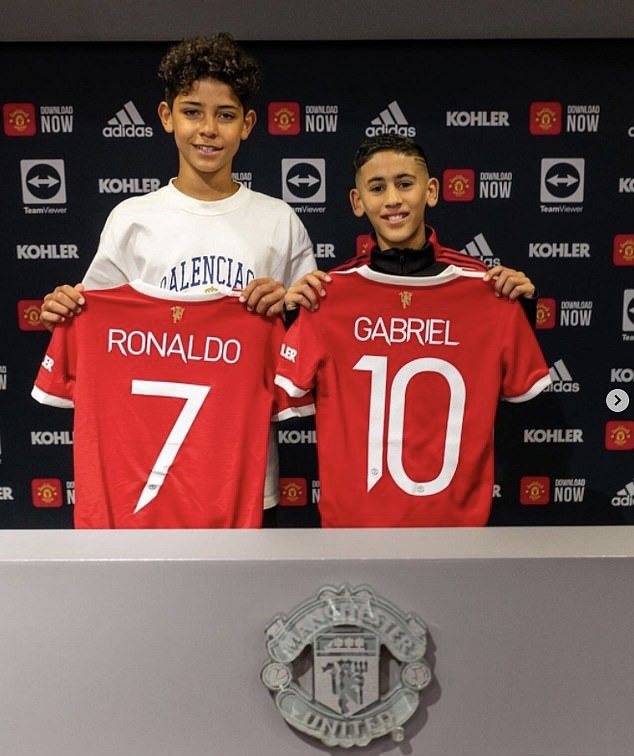 Ronaldo’s son is yet to open an Instagram account of his own but Georgina Rodriguez, Ronaldo Sr’s pregnant girlfriend, proudly shared pictures of the moment Ronaldo Jr signed for his new club.

She posted on Instagram: ‘Pursuing our dreams together. Mom loves you.’

Ronaldo recently shared an image of him putting his son, dressed in full United training gear, through his paces during the recent season break in Dubai.

In addition to Ronaldo Jr, Wayne Rooney’s son Kai also joined the United set up last year, scoring four goals in a Under-12 game against Liverpool in October.

Sons of a number of other United favourites have passed through the United academy over the years.

Phil Neville’s son Harvey came through the club’s academy before leaving to join his father at MLS side Inter Miami last year.

Charlie Savage, son of former academy player and TV pundit Robbie, recently made his senior debut for Ralf Rangnick’s side.